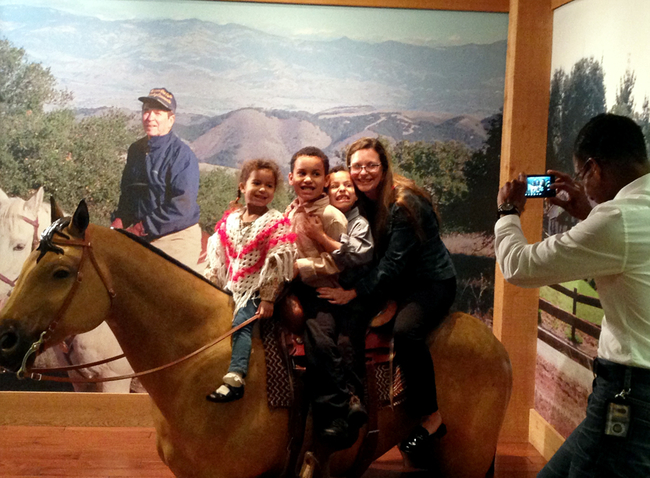 Sightseers at a setting near Boston enjoy a leisurely stroll through a magnificent 18th-century garden.  A man in Texas plays president as he reads a speech from a teleprompter.  Children in California take a pretend horseback ride with Ronald Reagan.

These disparate experiences have one thing in common.  They’re taking place at depositories of manuscripts, memorabilia and memories which keep alive the stories of U.S. presidents.

Today' s election in the United States increased interest in the office of the presidency, and anyone wishing to explore that topic is in luck.  Visitors to the country's 14 presidential libraries may read important documents, view artifacts and learn about both the public and private lives of men who have filled the highest elected office in the country.  They may relive the pomp and pageantry of the presidency and enjoy behind-the-scenes introductions to those who have been elected to the position as real people. 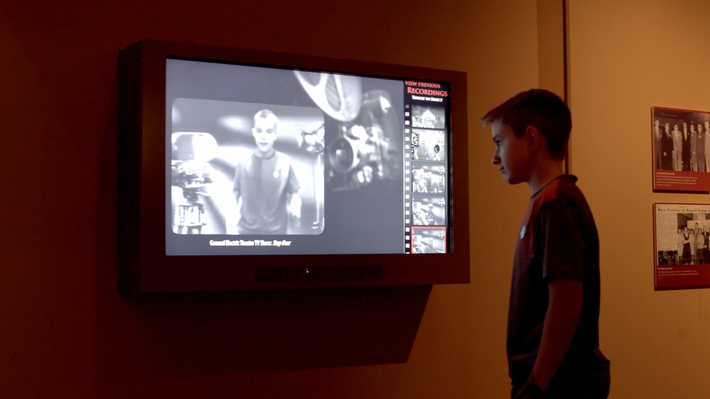 The idea came from Franklin Delano Roosevelt. In 1939, he donated his personal and official papers, along with part of his Hyde Park estate in New York's Hudson Valley, to the federal government.

The Franklin D. Roosevelt Presidential Library and Museum traces his presidency from the depths of the Great Depression through the New Deal and World War II.  Visitors may see his Oval Office desk, listen to several of the president's famous radio "Fireside Chats" and view a mock-up of the secret White House Map Room, where Roosevelt and his military advisers planned and followed key battles during World War II. 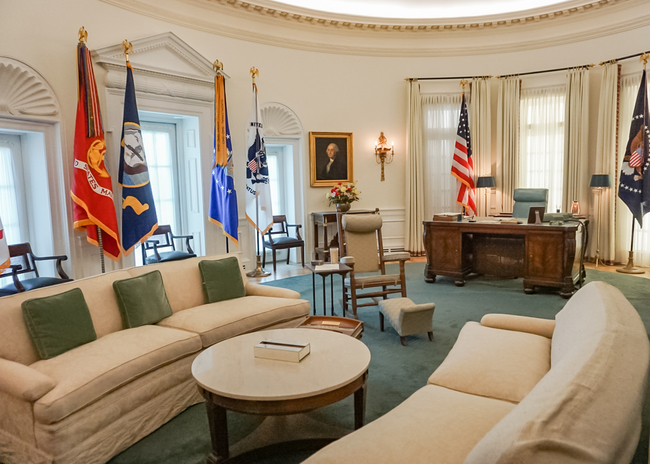 Books, manuscripts, clothing, surveying equipment and other belongings of George Washington are stored at his Virginia estate Mount Vernon.  In keeping with the goal of the collections to personalize the human side of presidents, the dentures that he wore also are on display.

Two other early presidents are represented at the Adams National Historical Park in Quincy, Massachusetts. Among structures that share the 13-acre campus are the birthplaces of John Adams, the second president; his son John Quincy Adams, sixth president; the Old House, where four generations of the family lived, and the Stone Library, which John Quincy insisted be built to be fireproof. 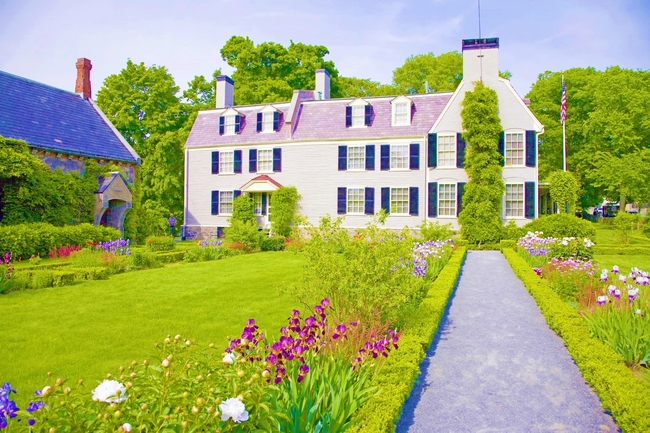 Among treasured items in that building are John Adams’ personal copy of George Washington’s Farewell Address and a bible presented to the abolitionist John Quincy by African slaves who took over the ship that was transporting them and whom he successfully defended in court (this was the famous  case of La Amistad).  Flower gardens and orchards that share the historic landscape add to the feeling of being whisked back to when the Adams family lived there.

The presidency's only other father-son duo is introduced at the George H.W. and George W. Bush libraries. Visitors to the Bush ’41 collection on the College Station campus of Texas A&M ... may step into the role of president and read a speech from a teleprompter.  A larger-than-life mural transports viewers to the White House dining room during a state dinner, and a display of spy equipment used by CIA agents serves as reminder that Bush ’41 was director of that bureau before becoming president.

Exhibits at the George W. Bush library and museum in Dallas depict life in the White House, including presidential pets, and interactive exhibits geared to children are based upon the interest of First Lady Laura Bush in education. Of course the massive terrorist attacks of September 11, 2001 receive full attention, including artifacts from Ground Zero and the bullhorn that President Bush used to address the crowd that assembled at the site. 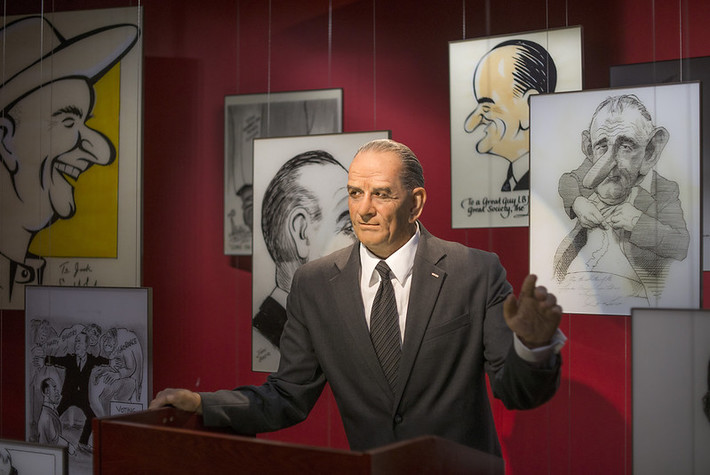 Also in Texas (capital Austin, to be exact), the blocky, austerely designed LBJ Presidential Library documents the tumultuous 1960s tenure of Lyndon Johnson, including the Civil Rights movement and the Vietnam War, with features including an Oval Office replica, an animatronic LBJ, and a gallery devoted to humor and the presidency.

And another tragedy - and one that of course ushered in LBJ - is recounted at the John F. Kennedy Library, but his assassination is only part of the story told there. More than 20,000 artifacts range from JFK’s collection of ship models to Jackie Kennedy’s trend-setting clothing.  Among historic events that exhibits cover are the space program, the fight for civil rights and Cuban Missile Crisis. 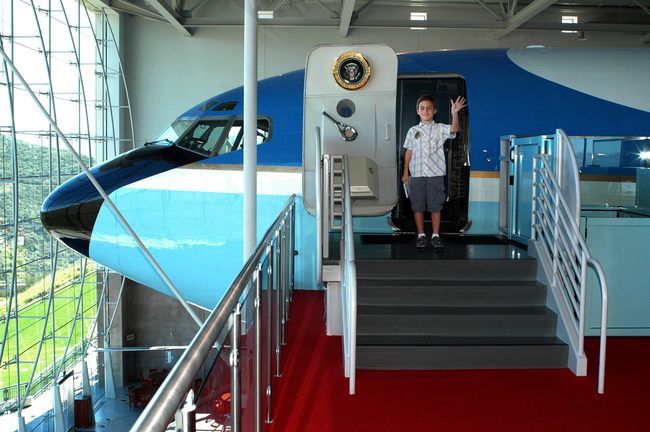 Abraham Lincoln lived long before the advent of today’s electronic breakthroughs but that didn’t prevent planners of his library from taking full advantage of them.  Among attractions at the Lincoln Library and Museum in Springfield, Illinois are elaborate dioramas and multimedia exhibits.  They share space with reproductions of Honest Abe’s boyhood home and Ford's Theatre, where he was assassinated.

In addition to the library, buildings at the Clinton library and museum in Arkansas' capital Little Rock include the Clinton Foundation office and Clinton School of Public Service.  Permanent exhibits vary from some of the interesting gifts that were given to Bill Clinton to a replica of the White House conference room.

Finally it's not surprising that an actor who went on to lead the country is recalled in dramatic ways. The Ronald Reagan Library near Los Angeles is the largest of all, and among its displays is the Air Force One plane in which he and other presidents flew, as well as a recreated presidential motorcade. Visitors may “act” in a movie alongside “the Gipper” (his nickname from a part he once played in Knut Rockne: All American) and ride a virtual horse on Reagan’s  ranch near Santa Barbara. 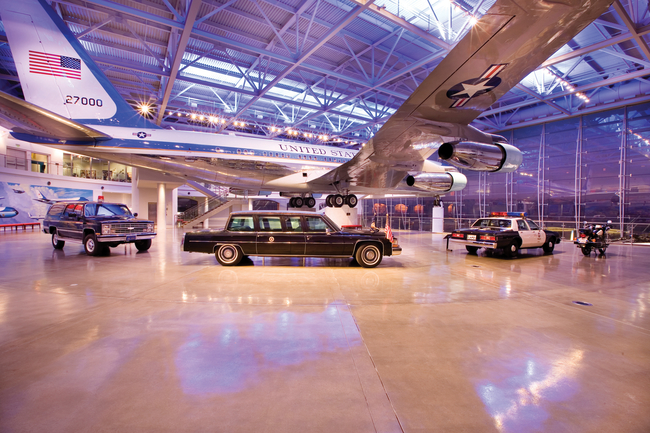 If riding a pretend horse or checking out George Washington’s false teeth doesn’t appeal to you, perhaps strolling through gardens where two presidents once walked will.  Visits, real or virtual, to presidential libraries bring to life memorable chapters of history and provide introductions to the men who have held the highest office in the land. are on display.

Having said all this, at this time unfortunately many of these libraries are closed to visitors due to the pandemic. But un til they reopen, their websites offer virtual tours that provide insight to their many attractions.

And for an overview of all 16 presidential libraries/museums, click here.