A grandiose claim, I know. But please bear with me a moment. Caught up in the excitement of New York City, many overseas visitors never venture up the Hudson River to discover a verdant, gently rolling valley full of historic mansions, woodlands, fine cultural institutions, and small towns that are a mix of sophisticated and classic Americana.

With plenty of good (and often superb) eats and sleeps along the way, the Hudson Valley makes for a splendid drive, from day trip to one-weeker – and this is the perfect time of year, with spectacular fall foliage unfolding. Furthermore, this is where I grew up, and I know it well. Here are some key highlights from south to north:

East Side of the Hudson

Tarrytown  This pretty, prosperousWestchester County village a 45-minute drive (and Metro North train ride) north of Manhattan is home to several interesting sites, including  Sunnyside, the riverside homestead of Washington Irving, author ofTales of the Alhambra and creator of Sleepy Hollow, Ichabod Crane and the Headless Horseman, dating from the 17th-century era of the Dutch “patroon” landowners. Irving expanded and tarted it up beginning in 1835, and it provides a romantic window into the 19th century. Also romantic is nearby Lyndhurst (above right), the country’s top example of Gothic revival, a marble-clad castle with a handsome interior featuring much trompe l’œil plasterwork. A few minutes north of here, Kykuit is an elaborate stone manor house and estate built for robber baron John D. Rockefeller in 1913 and in the family until the time of New York governor and U.S. vice president Nelson Rockefeller; it includes impressive art and classic car collections, gardens, and views.

Garrison: Boscobel   A Federal-style frame house built by a former Revolutionary-era royalist in 1808, it’s simpler than other historic houses hereabouts but still sports some fascinating touches, such as the floor in the vestibule, a textile painted to look like marble, once described to me by a guide as something like “an early form of linoleum.”

Hyde Park  Heading farther north, up into Dutchess County, this town with roots in the early 18th century is best known for a pair of historic sites. The grander of the two is the railroad robber baron Frederick Vanderbilt’s 211-acre (85-hectare) estate, starring a 54-room, Beaux-Arts Vanderbilt Mansion, a sometimes over-the-top Europhile extravaganza. But my favourite isSpringwood, aka the Franklin D. Roosevelt Home, which besides FDR’s restored family home includes a marvelous museum of early-to-mid-20th-century U.S. history, You can also visit nearby Val-Kill, the house where Eleanor Roosevelt later lived. Afterward, head down the road to the Culinary Institute of America, a sprawling pile offering tours and fine student-staffed restaurants and periodic cooking classes for the public. Just north of town, if you’re up for another elaborate 19th-century mansion, check out the Greek Revival Mills Mansion in Staatsburg, with an extravagant Beaux-Arts interior and great river views. 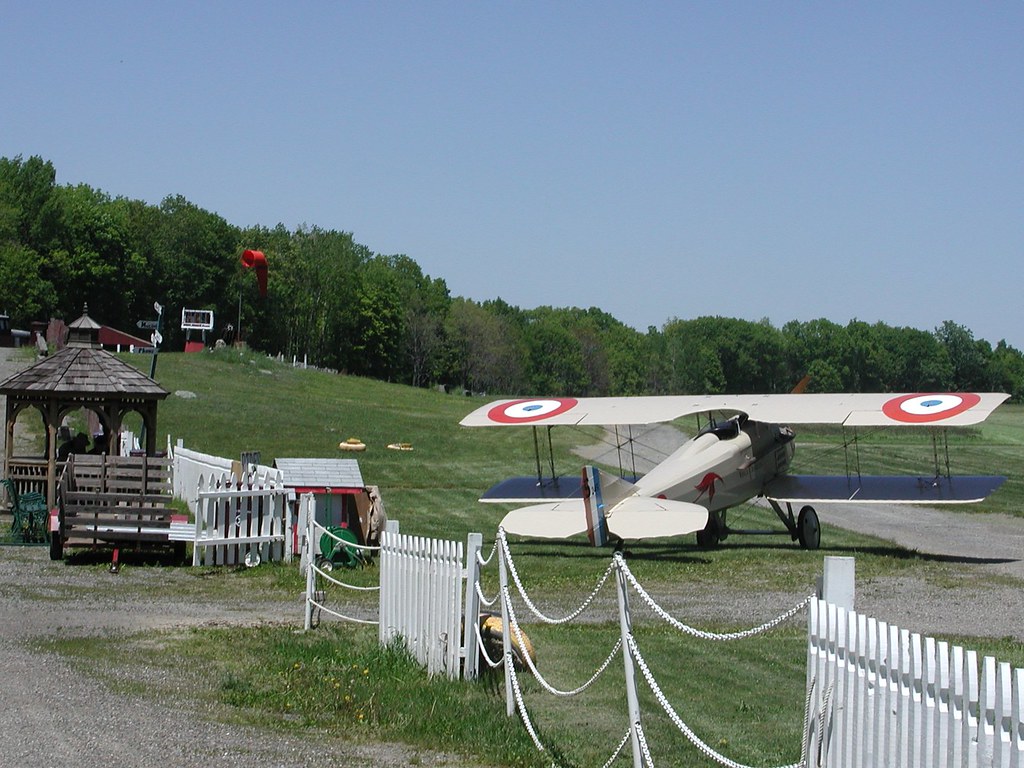 Rhinebeck  Dating back to 1686, these days with its chichi bistros and Victorian architecture, this is in many ways the gentrified fair-haired child of Hudson River towns, colonized on weekends and in summer by sophisticated New Yorkers (in 2010, again likely future first daughter Chelsea Clinton‘s massively overhyped “wedding of the millennium” was staged here, bringing this part of the valley to a halt). In town, the historic Beekman Arms, which claims to be America’s oldest inn. Local attractions include Wilderstein, the Queen Anne-style manse of a prominent local family connected to the Roosevelts, and the Old Rhinebeck Aerodrome (above), an extraordinary museum and air show featuring working World War I biplanes, open mid-June through mid-October. Red Hook  A pleasant slice of Americana yet not quite so twee as Rhinebeck, my own home town can boast its own historic manse. Montgomery Place is a petite, ornate home of the early 19th century connected to the Livingston family and war hero General Richard Montgomery. Open mid-May through October, it’s beautifully kept, has an exceptional garden. Just up the road is Bard College, a small, ivy-covered liberal arts college with a sterling reputation and great cultural program, with current jewel in the crown Fisher Center for the Performing Arts (left), designed by Frank Gehry in his typical twisty, shimmery idiom. Then just north of Red Hook is one of my favorite Hudson Valley historic homes, due to its colonial-flavored simplicity. Clermont, in the town of Germantown, was built by Robert Livingston in the mid 18th century (his son Robert R. signed the Declaration of Independence, administered Washington’s oath of office, and later helped Robert Fulton invent the first steamboat, named after this estate and launched here).

Hudson  Truth be told, this onetime whaling river town used to be a quite a dump when I was growing up, but is now packed with chic Manhattan refugees, antiques shops, and other fancy boutiques and eateries.  Perched on a hill just south of town, Olana, the estate of famed painter Frederick Church is another quirky masterpiece, built in quasi-classical-Persian style in the late 19th century and still showing off the sumptuous river views you’ll recognize when you look at Church’s paintings.

West Side of the Hudson


West Point: United States Military Academy   A bit north of Storm King, established in 1802, West Point provides guided tours and runs an interesting museum, and you can get some fine meals and a great night’s sleep right on the premises at the historic Thayer Hotel. New Paltz  Besides being a funky, progressive, arty university town that’s fun to hang out in, a short ways out of town is the  Mohonk Mountain House (above), one of the most spectacular old resorts in the eastern U.S., built in 1869. Even if you don’t stay here it’s well worth a visit for lovely Shawnagunk Mountain views and sprawling Victorian splendor.

Newburgh: Washington’s Headquarters The longest-running Revolutionary War base (1782-83) of America’s top general and later first president is a seven-acre, three-building site in the west-bank town of Newburgh whose doings determined the future shape of the U.S. government; the interpretive guides are excellent.

Woodstock  Founded out in the woods of Ulster County in 1787, the town has been popular with artists since the late 19th century, and that vibe is firmly in place today, tinged these days with the hippyish and New Agey. Funky shops, galleries, and restaurants abound, and there’s a fine playhouse here, as well.

There are narrated sight-seeing cruises in the Hudson Highlands Region between Newburgh and West Point that operate between May and October. Find details at www.prideofthehudson.com and www.riverrosecruises.com. There are additional cruises departing from other Hudson Valley river cities that offer completely different scenery than you'll see in the Hudson Highlands.

Beautiful! I had no idea the Hudson River Valley was so pretty. It is now on my bucket list of places to visit! Is there a river cruise on the Hudson?