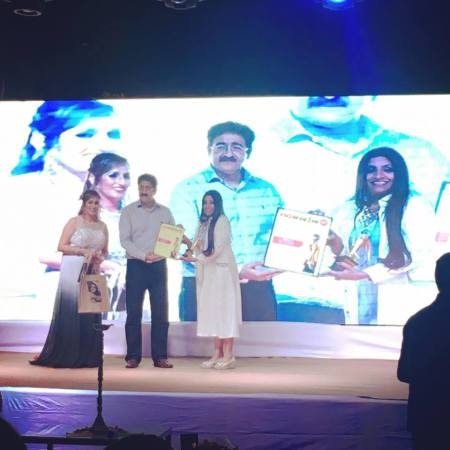 New Delhi: “A man who has brought revolution in film, television and media education, founder of Noida Film City, most distinguished person in the field of social activities, five times World Record Holder Sandeep Marwah is recipient of many International awards is here to receive his National Personality Award,” citation was read by Shalini Arora Kochar anchoring the show.
The award was handed over to Sandeep Marwah by Shehnaz Hussain renowned fashion Icon and Somnath Bharti former Minister in Delhi Government at a grand function at New Delhi.
“What a privileged to honor Sandeep Marwah,” said Shahnaz Hussain. “It is a honor for me to present award to such an international personality,” said Somnath Bharti. Zoom Bollywood News Paper organized the event under the leadership of Krishan Tewari.
“It is a pleasure to receive a prestigious award like this. I am thankful to the organizer,” said Sandeep Marwah President of Marwah Studios. Later Marwah presented the Zoom Award to many prominent people from different strata of life.