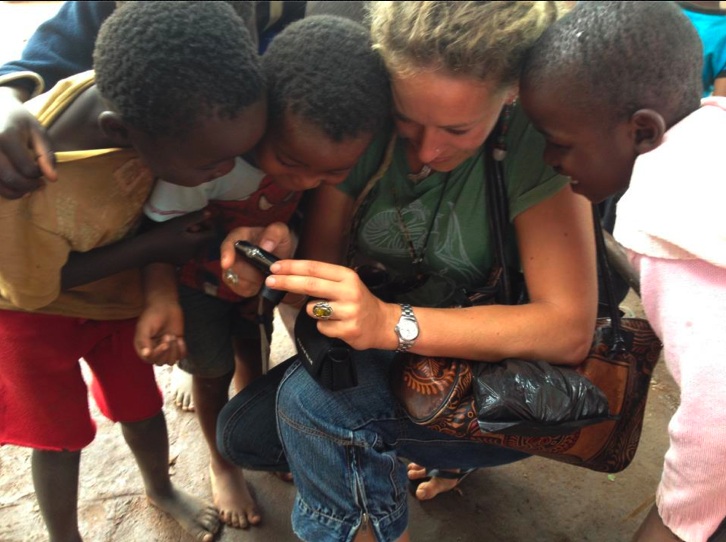 Another year almost over, and Acacia Africa is already picking up on some interesting 2014 travel trends, the tour operator linking many of its predictions to the influence of social networking and the change in how we absorb information – from tablet to mobile. An expert in sub-Saharan Africa, and a safari specialist for over 18 years, the company offers overland expeditions, small group safaris and voluntours – Zimbabwe and Mozambique featuring on many of its new itineraries.

Vying for position as 2014 travel hotspots, these two countries are still not mainstream destinations, but according to Acacia Africa, whether solo or family traveller, the outlook is changing. In fact, outside of the tour operator’s four new overland expeditions aimed at those aged 18-39, Zimbabwe also features in the new accommodated overland section, the tours suitable for older nomads seeking a few more creature comforts and families with children from eight years.

Arno Delport, Sales & Marketing Manager at Acacia Africa, comments “At one point we might have been happy flying back home with a selection of family safari snaps from East Africa, but in 2014 those with kids in tow will be looking to view the continent’s wildlife in out of the way places. Kenya and Tanzania will continue to be firm favourites with parents, but broader choices are on the horizon, an increasing number of families already opting for Botswana’s Okavango Delta in 2013.” 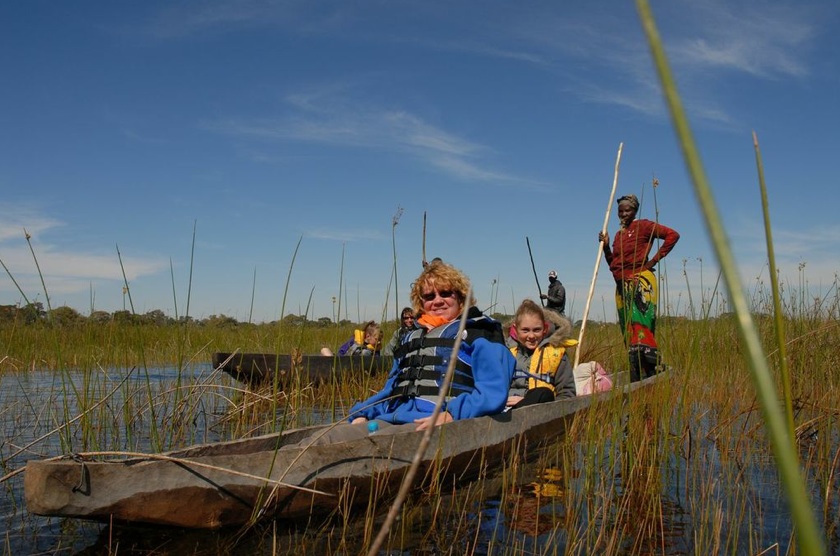 From Review To Relationship – where we will travel in 2014

Travellers place a great deal of trust in online reviews, however, Acacia Africa claims the blogging community will continue to have a much greater impact on the research phase and where we decide to head.

Arno Delport, comments “Independent reviews are given a lot of credence, but the ability to make an online relationship with people who base their life around travel can often a give greater boost to a country’s popularity, even when it’s not making mainstream news. With many bloggers choosing a nomadic lifestyle, and with multiple posts stretching over several continents, their viewpoint on traversing the globe is seen as being highly authentic. More importantly bloggers tend to take the slow road to understanding a destination and that means getting into the heart and soul of a country – yet another reason why we feel compelled to follow in their footsteps.”

Nomadic duo, Hannah & Adam (pictured) are 2013 Bloggies Awards finalists and editors of travel blog, Getting Stamped. The adventurous couple will be joining Acacia Africa's new 39-day Games Parks, Zanzibar and Mozambique overland tour, departing 04 May, the itinerary covering Kenya, Malawi, Mozambique, South Africa, Tanzania, Zambia and Zimbabwe (From £1,860pp (no single supplement) + local payment from £993pp including camping accommodation, transport, most meals and services of a tour leader/driver. Excludes return flight. Starts Nairobi - ends Johannesburg). In total, the pair are hoping to include six continents and about a fifth of the world's countries on their round the world trip. From Technology To Travel – connecting our consciousness

Acacia Africa also claims the form of travel we decide to pursue is now partly influenced by our increasing use of technology, and how we choose to receive information.

Arno Delport, comments “From iPhone to tablet, these days we’re digitally mobile and rarely offline. We decide what we watch and when we watch it, and for those of us who have an interest in the environment and concern for wildlife, the rapid growth of the Internet has expanded our consciousness. The web has connected individuals and especially travellers to what’s relevant to them – whether that’s joining a responsible tourism Facebook forum, favouriting wildlife conservation tweets or downloading a Nat Geo App. Despite the immense amount of media on offer, we’ve become “niche roamers,” technology giving us the ability to be much more targeted in terms of what we consume on the go.  From that perspective the growing interest in voluntours and volunteer led experiences is by no means going to dwindle – if anything will become an even more essential part of the travel mix over the next twelve months.” 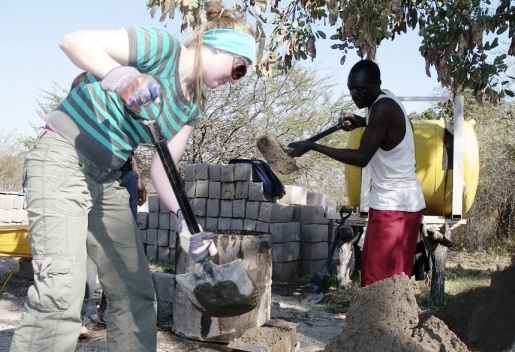 While they offer a wide selection of voluntours, for Acacia Africa, the Masai Mara is the biggest draw card, the opportunity to view the annual migration, work with the Maasai tribe and get involved in the community aspects of anti-poaching figuring highly on any adventurers list. And, while still an avid supporter of grassroots travel, the tour operator doesn’t dismiss celebrity.

Arno Delport, comments “Celebrities are part and parcel of the travel world. They heighten awareness of everything from poverty to wildlife conservation, and to some extent they will also continue to change our travel habits in 2014 and beyond.”

Having ended his career in the armed forces, the Duke of Cambridge will now take on a new role as President of United for Wildlife. Bringing together several of the world’s most influential wildlife organisations and joined by sportsman David Beckham, the body’s initial focus will be the illegal wildlife trade.  With its celebrity appeal and the global following of the British Royal family, Acacia Africa claim that the campaign is bound to impact on our volunteering and safari choices in the coming year – Africa, a favourite with the Duke, benefiting hugely. Acacia Africa are proud sponsors of Save The Rhino International, the tour operator predicting that we’ll be looking to travel to reserves and parks where we can do more.  Hwange, is a case in point, the recent cyanide poisoning incident in Zimbabwe’s biggest national park hitting the headlines and social networking sites in September.
Arno Delport, comments “Home to one of the world’s largest herds of elephant, over 300 were killed in the attack. Poaching is a major problem across Africa, but with Twitter feeds offering up to the minute news, the conversation can be a force for good, the heightened level of awareness influencing our desire to travel to places where we can pitch in on the wildlife front.”
New for 2014, adventurers can visit Hwange National Park on the 33-day Ocean To Ocean overland tour. From £1,450pp (no single supplement) + local payment from £885pp including, camping accommodation, transport, most meals and services of a tour leader/guide. Excludes return flight. Starts Cape Town – ends Johannesburg. First scheduled departure 10 May 2014. 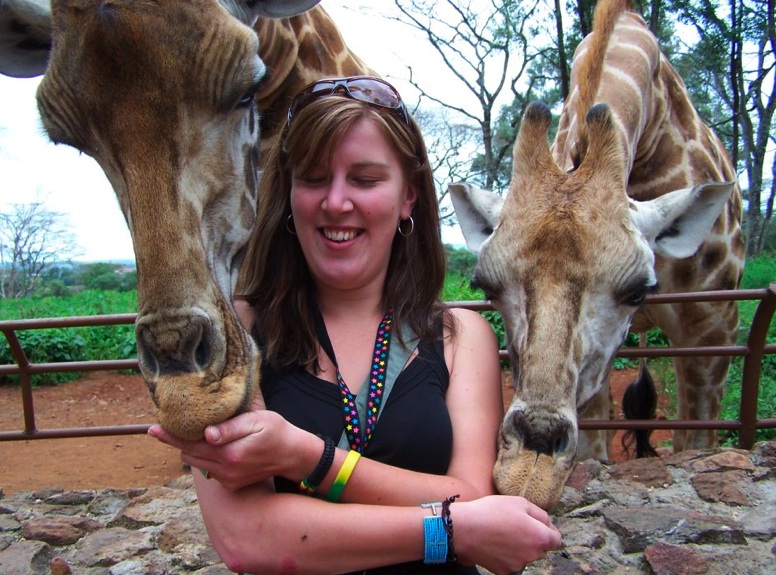 Not a game changer by any means, savings will still be highly prized in 2014 – all of us bitten by the discount bug in the recession. But Acacia Africa, point to a call for “smarter savings” – mailers and the various social networking sites that have become so integrated into our lives acting like a virtual currency. In fact, while content is still king in terms of retaining interest, a recent survey stated that 22% of travellers use social media for possible travel deals, a number which the tour operator claims is likely to grow.

“Being time poorer and a little cash richer, members, fans and followers will be getting their hands on the best deals first. And, with our ability to pinpoint our preferences online, whether in terms of destinations or preferred tour operators, we can afford to let the web do the work for us and find premium offers while we’re busy living life (travelling) offline.”