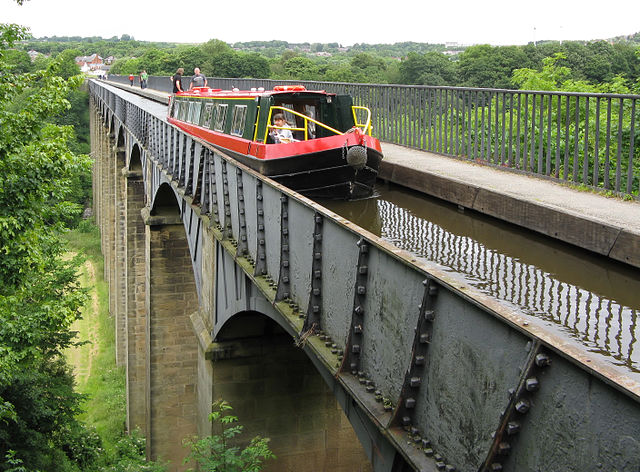 If someone 2000 years ago had compiled a list of ‘Seven Wonders of the Modern World’, it’s pretty certain that it would have contained a few aqueducts. The Romans were pretty good at building these structures. They were used to convey water from where it was to where it was needed, and some of them are still standing. The Pont du Garde, at Arles, France and the Acueducto Romano in Segovia, Spain are the best-known examples which can still be seen.

In the late 18th/early 19th century, engineer Thomas Telford went one better. His Pontcysyllte Aqueduct, near Llangollen in North Wales, not only carried water across the Dee Valley, but boats! 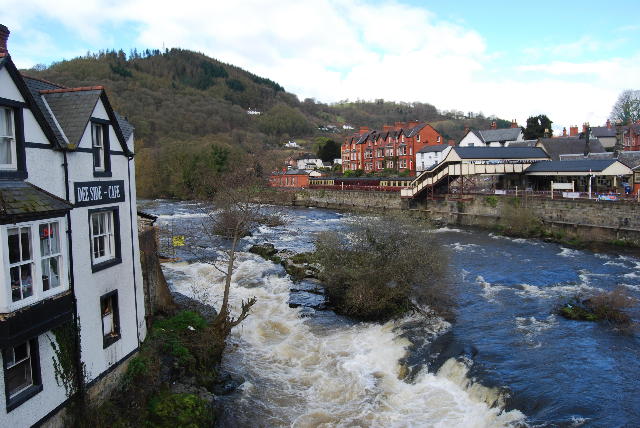 He was responsible for the Llangollen Canal, just a part of the vast network of narrow-boat canals. These were the main method of conveying large quantities of freight around Britain before the coming of the railways. The stretch around Llangollen was inscribed as a World Heritage Site in 2009, because of the aqueduct … and I’m glad I’m just writing about it, and don’t have to speak, for I haven’t quite mastered the pronunciation yet!

When the canal reached the Vale of Llangollen, the usual method would have been to descend to the valley floor by means of multiple locks, then ‘lock up’ again at the other side. This would have been a tedious and time-consuming process, so he built a bridge across it. 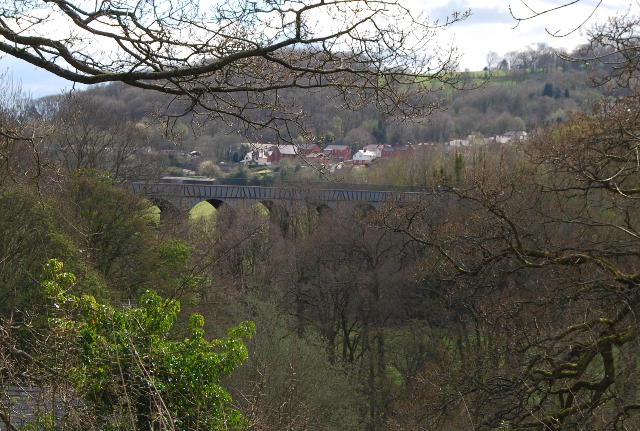 The canal was carried 126 feet above the River Dee, far below. The aqueduct was completed in 1805, having taken 10 years to build. It consists of 29 sections of cast-iron iron trough, with a total length of 1007 feet, supported on 18 pillars.

Although the canal, like the others on the British waterway system was built for commercial purposes, that usage has shrunk to almost nothing, because of the coming of rail and road freight. But, the British Waterways Board, with the assistance of an uncountable number of volunteers, have preserved, or even recovered much of the system. Today, it’s used by pleasure cruisers, for the canals often traverse beautiful countryside. 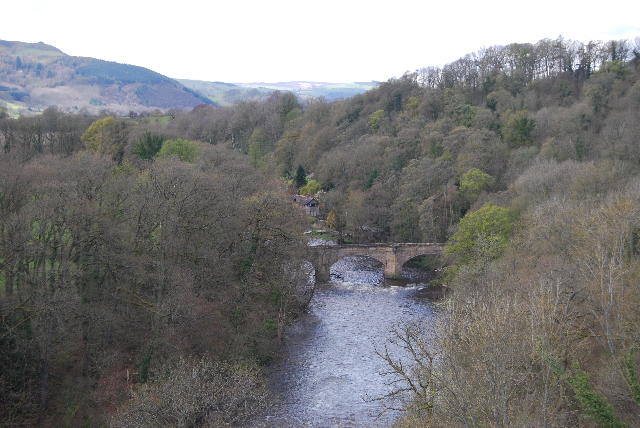 And there’s no doubt that the Vale of Llangollen is beautiful, even from high on the Pontcysllte Aqueduct, which is popular with walkers as well as boating folk.

Of course, if you don’t fancy walking, and don’t have a boat, many companies offer short cruises along the canal and across the Aqueduct. Some of the boats are horse-drawn, like the canal boats of old. So, we just had to take advantage of one of these cruises. And, the boat we chose was called … wouldn’t you know it? …  the Thomas Telford.