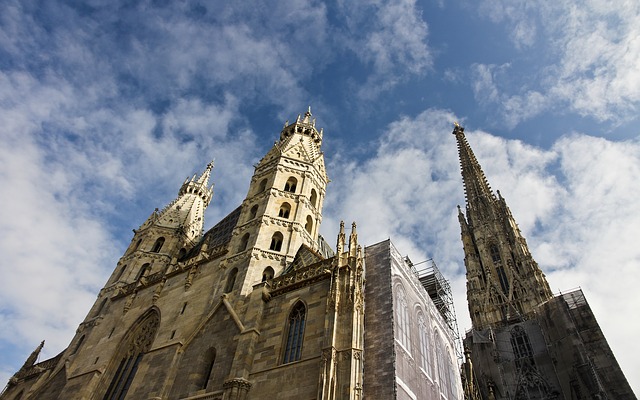 The capital of Austria boasts an extraordinarily rich history and plenty of attractions, thanks mostly to its legacy as the centre of the Austro-Hungarian Empire of the late 19th and early 20th century, but of course going back much further. So whether you're a Mozart maven or cutting-edge architecture aficionado, Wien has enough to keep you occupied for days on end. But if you happen to be here for only a day or two

For day trips outside town, you'll want to rent a car. But worry not, as there are plenty of cheap car rental spots in Vienna that specifically offer low rates to tourists. In this post I put together the top activities that you can do during your vacation in Vienna. These include:

Built of limestone in the 12th century and located in Vienna's old quarter, Innere Stadt, the Romesque/Gothic Stephansdom (top) is iconic especially because of its ornate, colorful glazed-tile roof. Fondly nicknamed "Steffi," it survived two Ottoman Turkish attempts to conquer the city in the 16th and 17th century, as well as attacks during the bitter fighting of World War II. Other notable attributes include the famous Wiener Neustädter Altar, a pair of Gothic triptych, and a complex of catacombs, where the remains of more than 11,000 people include many victims of the Gret Plague of 1679.

Vienna is s famously musical city - once nurturing the likes of Beethoven, Haydn, Mahler, and Mozart. And while the Haus der Musik is a small museum, it's fascinating and innovative, featuring not just static relics and exhibits - manuscripts and instruments and such - but also plenty of interactivity, from holograms of Ludwig, Friedrich, and Wolfgang to an entire floor devoted to the Vienna Philharmonic in which among other things visitors can use a virtual wand to "conduct" the orchestra.

Continuing the music theme, the handsome Wiener Staatsoper, founded in 1869, stages some of the world's finest opera and symphonic performances throughout the year. Prime seats go for nearly 300 euros, but a variety of other prices are available, down to two euros for standing room. And if you visit in August-September, or April through June,you may be able to enjoy the performance for free as a "simulcast" out on the front of the building. When no performances are going on, there are guided 40-minute guided tours offered multiple times daily.