7 Essential Places to Visit on a School Trip to Valencia, Spain Spain's explored third largest city is a splendid choice for student trips from primary school through university - even if it's just a long weekend - as it mixes a wonderfully preserved historic core with modern neighbourhoods (including dramatic contemporary landmarks), fabulous dining, and appealing cultural opportunities - much of it concentrated in a relatively compact centre, making it easy to take it without too much walking. Valencia is especially recommendable to visit in the spring - not just for the bursting colour and life bursting forth throughout the city, but also to experience first-hand the famous celebration of Les Falles (Las Fallas in Spanish), a rollicking street party featuring huge colorful papier-mâché floats and figure, and which culminate in the burning of said floats and figures (pandemic permitting, this will next be held in mid-March 2022).

The City of Arts and Sciences

Inaugrated in 1998, the Ciutat de les Arts i les Ciències (top) designed by Valencia-based "starchitect" Santiago Calatrava has become Valencia's most recognized icons. It's home to a number of museums and cultural venues, including the Oceanogràfic, Europe's largest aquarium, recreating a numer of the planet’s most important marine ecosystems; L'Hemisfèric, a planetarium and IMAX theatre; and a concert hall. A futuristic must, indeed! 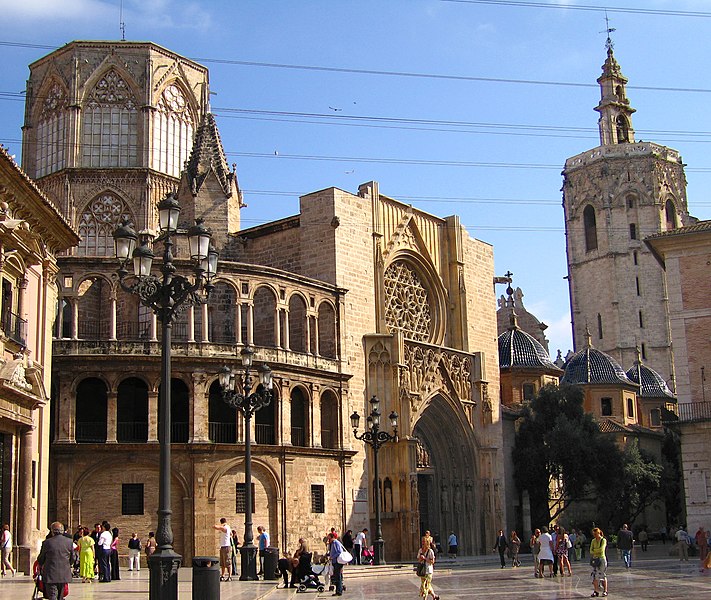 Dating back to the Middle Ages, the Ciutat Vella or Barri del Carme (Barrio del Carmen) is a charming maze of streets and squares, with its core the Plaça de la Verge (Plaza de la Virgen), site of the 13th-century Gothic Santa Maria Cathedral. On the other side of the cathedral on the Plaça d'Ajuntament, with its mid-18th-century Ajuntament (city hall) a mix of styles ranging from original neoclassic to neo-baroque and neo-Renaissance era, and across from it the ornate, early-20th-century post office building. Anchored by a Tbeautiful circular fountain in its centre, the square is also the site of the mascletà, when tens of thousands of Valencians and visitors from all over the world gather to watch the spectacular Falles fireworks. On the old town's western edge, the Llotija de la Seda (Silk Exchange) is an extremely atmospheric Gothic building finished in the mid-16th century designated a UNESCO World Heritage Site and a reminder of the city's importance and economic power during that era. 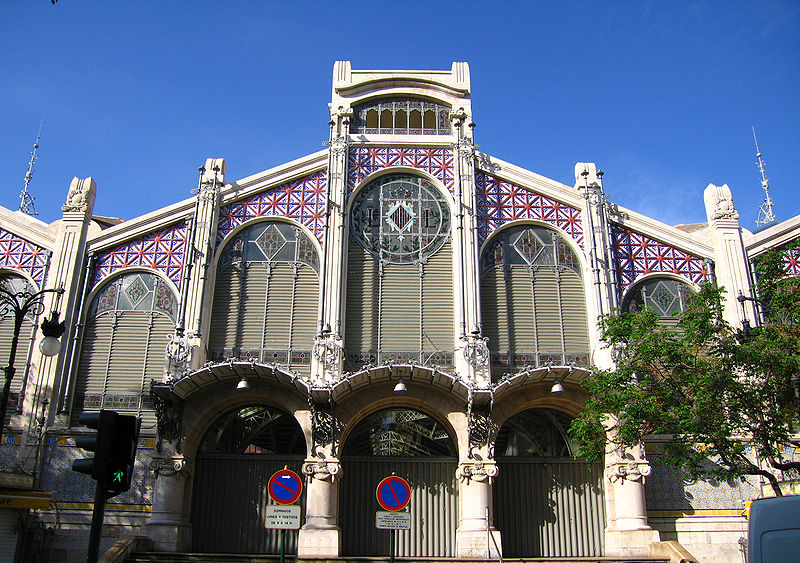 Right across from the Carrer del Mercat from the Llotija de la Seda, the Art Nouveau Mercat Central, completed in 1928, is a feast for the senses, with its lively and bustling ambiance, and definitely an must while in the city. Here you’ll find the best products from the Mediterranean and from the Valencian countryside. Many of the top restaurants in the city source their products from this very market. 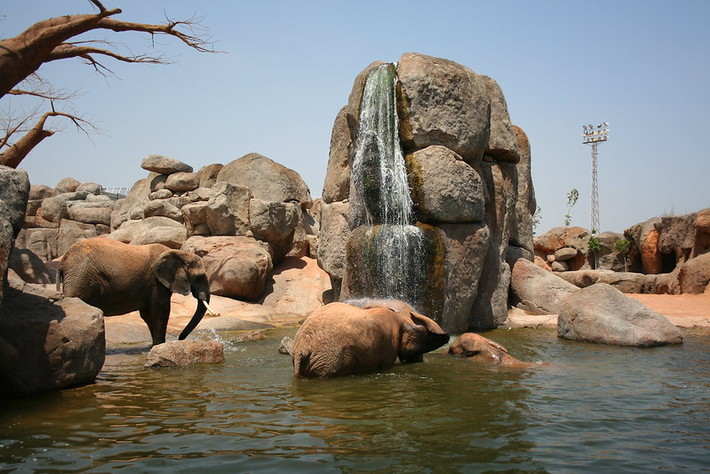 Opened in 2008, this 10 -hectare (25-acre) zoo is an educational and research centre in which animals are cared for by highly skilled professionals in careful recreations their own natural habitats: savannah, wetlands, equatorial forest, and Madagascar. Visitors are immersed in these habitats rather than seeing animals through bars and across moats. The Bioparc is also home to incredible conservation efforts aimed at reviving endangered species.

A short stroll or drive from the old town, Russafa is a gentrifying and very trendy neighbourhood brimming with creativity and a multicultural vibe and an exciting mix of traditional and modern (such as the iconic Mercat de Russafa, above, one of the few notable architectural landmarks built, in 1957, during the Francisco Franco dictatorship). Out here you'll find plenty of cool bars, restaurants, galleries, and cultural venues - seefor yourself by including it in your school trip planning as an unexpected surprise for your students! 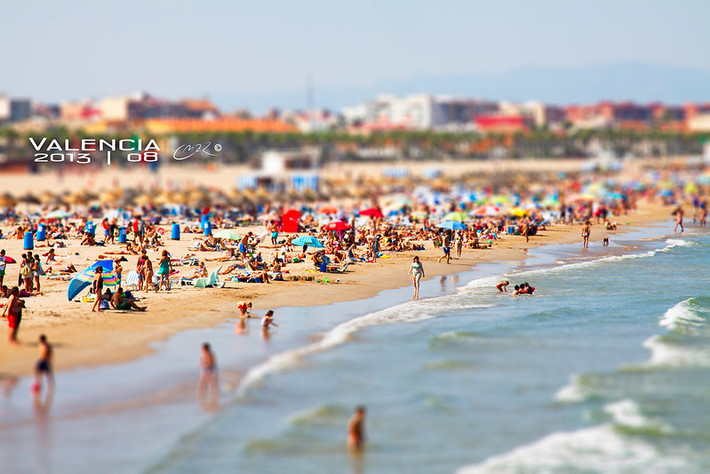 Another major draw of Valencia is that being a coastal city, you can combine city and beach activities, a big plus for students to enjoy on a school trip. There are several worthwhile beaches both in/near the city and a bit farther afield. One of the main ones in the city, about a kilometre long, is Playa de la Malvarrosa, its wide goldens sands popular with locals and visitors alike, with all sorts of activities available and fronted by the lively Neptuno and Marítimo promenades full of bars, cafés, restaurants, and shops. 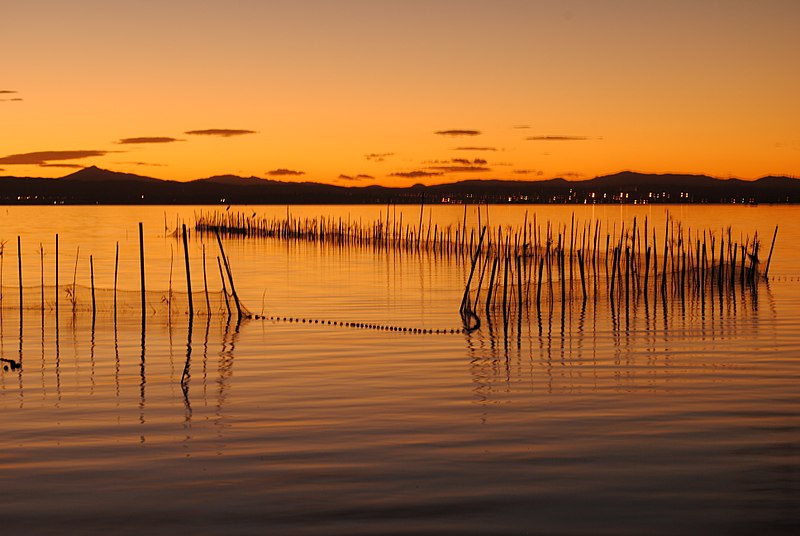 A drive of 40 minutes or so south of the city, this 211-square-kilometre (82-sq.-mile) park centres on a coastal lagoon and estuary surrounded by rice fields. An important stopover zone for migrating birds, it also is home to numerous avian species in danger of extinction, and makes for a lovely boat ride. Plus there's a tranquil beach out here called La Garrofera, and the area's towns and villages such as El Saler are a great place to sample local seafood and rice dishes such as paella (it was invented here) and arròs a banda. Some tour operators run tours out here in the warmer months.

Get more information on school trips to Spain at EtheriaTrips.com, and contact us at
info@natuaventura.com or by phone at +91-714-06-36.