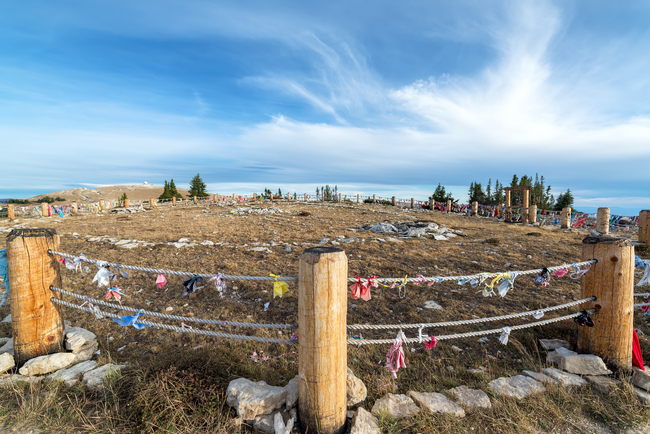 People who ascend a high mountain ridge in Wyoming are greeted by a collection of rocks carefully laid out in a geometric design. Visitors to southwestern Ohio marvel at the sight of a mammoth earthwork shaped like an undulating snake. A maze of stone walls, chambers and other structures perched on a hill in New Hampshire lives up to its nickname of “America’s Stonehenge.”

If you’re under the impression that archaeology is a dull, mind-numbing subject of interest only to scientists, think again. Sites throughout the United States relate fascinating chapters of human history through artifacts and other remnants of people who once lived in the area.  An Internet search is likely to reveal the location of one or more such places within a short commute from where you live.

Take that mountain-top rock pile in Wyoming's Bighorn National Forest (top). It’s one of many places around the country where the life of Native Americans is told through objects, inscriptions and other remnants. The main feature of the Bighorn Medicine Wheel is a circular pattern of stones 82 feet in diameter.  A pile of rocks called a cairn is in the center and 28 radial lines extend out from it. Some of those spokes indicate the direction of the rise of the Earth’s sun and other stars at various times.  While the wheel was used by members of many different tribes, as is true for other archaeological sites, who built it remains a mystery.

Another unanswered riddle is why an important earthen monument in northern Louisiana was abandoned around 1100 BC, after so much effort went into building it. The Poverty Point World Heritage Site was made by Native Americans who sculpted nearly two million cubic yards of soil into a 72-foot high mound, concentric half-circles and other shapes. Among millions of artifacts that have been found in the vicinity are domestic tools, figures of humans and tons of stones that were transported from up to 800 miles away. This has led to speculation that the structure was part of an important ancient residential, trade and ceremonial center. 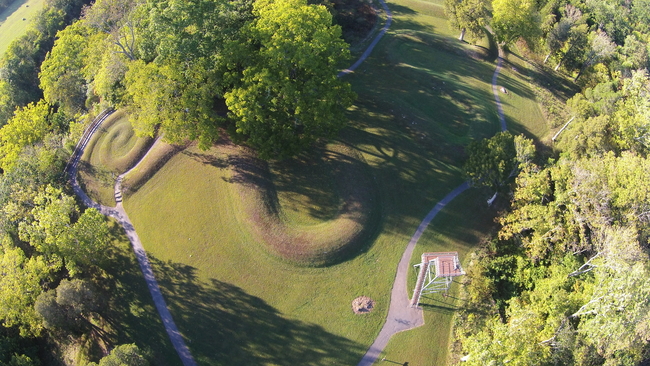 Also unknown is who created the Great Serpent Mound (above), a 1,300-foot long earthen image of a snake in what today is Hillsboro, Ohio. Or why it is depicted swallowing an egg. Among theories are that the giant serpent marked a vast tomb, was a place for religious ceremonies or served as an oversized calendar.  What’s known is that it was likely constructed by a people known as the Adana between 800 BCE and 100 CE.

As for "America's Stonehenge," religious rites of Native Americans provide the most popular theory for construction of the Mystery Hill archaeological site in New Hampshire, estimated to have taken place some 2,500 years ago.  Despite its informal label, the structure doesn’t resemble the Stonehenge in England, but rather consists of a number of stone chambers, walls, and many other features stretched out over 105 acres. 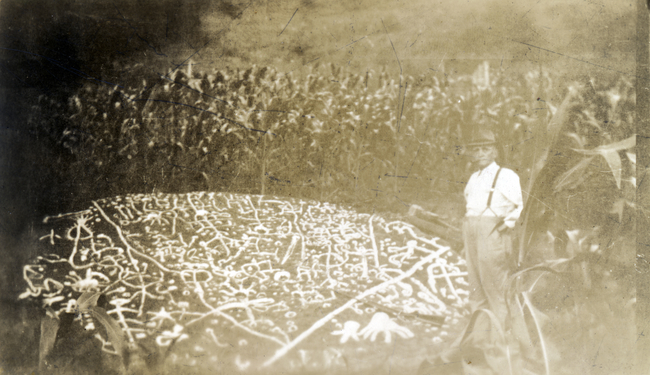 Many of the archaeological places scattered about the country which are associated with Native Americans include a long list of sites where petroglyphs – carvings on rocks – are the main attraction.

For years, members of the Cherokee tribe in North Carolina used a soapstone boulder as a sort of billboard, etching images of human figures, animal tracks, suns and other objects. The large stone also is notched by seven grooves which, according to Cherokee legend, were said to have been created by Judaculla, a powerful giant who could control the weather and leap from one mountaintop to another.  So many petroglyphs decorate the Judaculla Rock that it’s virtually impossible to pinpoint the exact number. 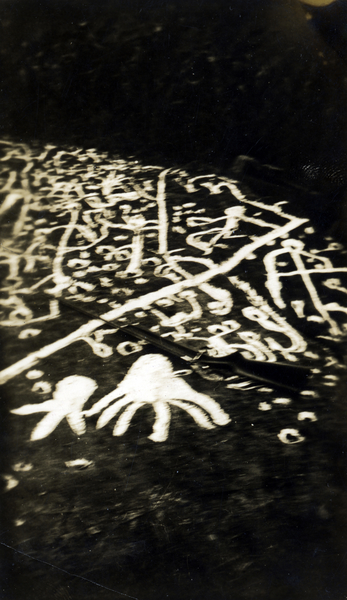 How many images transform the sandstone cliffs of the Sego Canyon Rock Art Interpretive Site in Utah into a fascinating outdoor art gallery is well known – over 80.  The unanswered question is what or whom they represent.  Research suggests that the petroglyphs were carved and painted by Native Americans over a period of some 8,000 years by people of several distinct cultures. 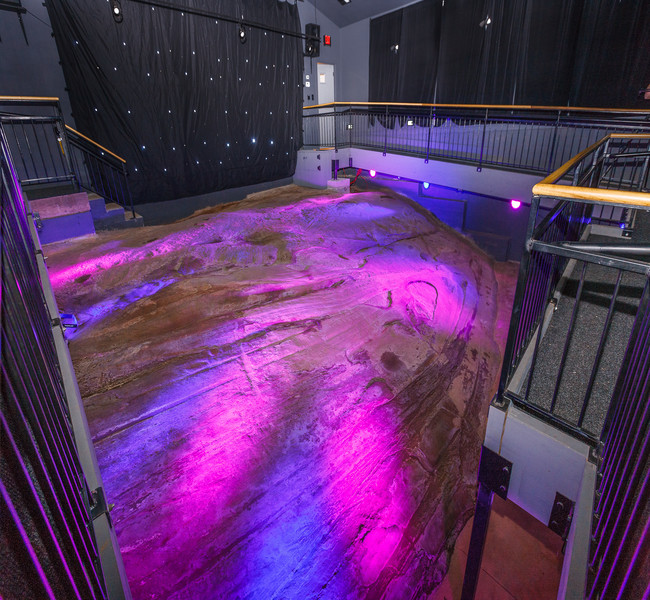 The differences arise when attempting to identify the rock art. The ghostlike life-size figures have hollowed or missing eyes, some have no arms or legs, and many wear chunky ornaments and sport a headdress that resembles antennae. Speculation about whom or what these haunting forms represent ranges from shamanistic visions produced when the artists were in a trance-like state to extra-terrestrial visitors from space. 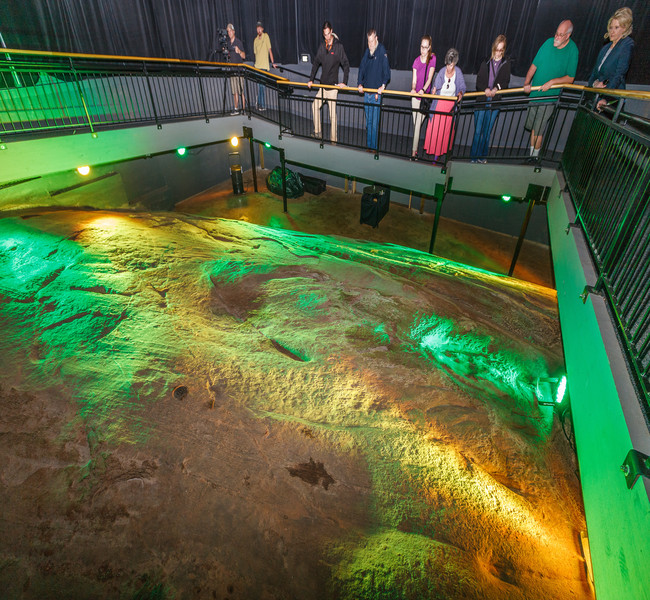 South Carolina's Hagood Creek Petroglyph Site provides a  more down-to-earth experience that differs from those elsewhere.  For one thing the big boulder, which contains 32 images that represent various aspects of Native American life, is protected in a museum.  Adding to the enjoyment is a narrated light show that describes the carvings and tells the story of their discovery.  The museum is part of a historic complex which also includes an 1845 grist mill, restored log cabins, a blacksmith shop, cotton gin and moonshine still.

Unlike the Hagood petroglyphs, most archaeological sites remain outdoors where they were created long ago. Their variety, and locations around the country, provide intriguing destinations for day trips or longer expeditions wherever you happen to live.