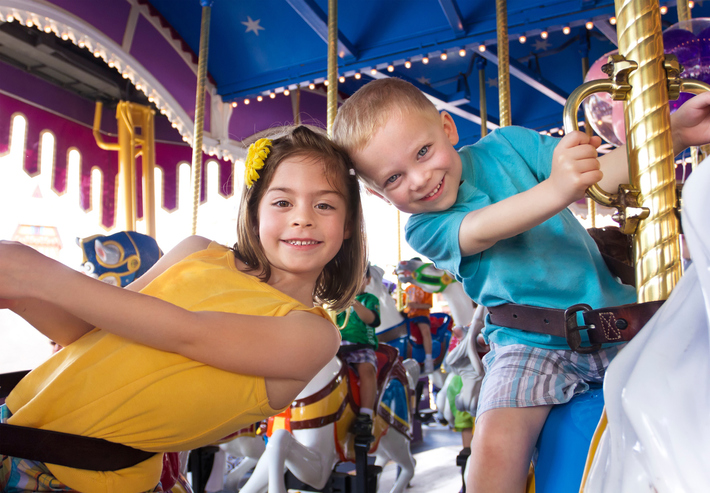 
These days, family travel enjoys a wealth of choices, and the profusion of theme parks around the world these days offer hundreds of great options. In the United States, these are my top favorites:


Younger children will get a big kick out of this theme and water park in Langhorne, Pennsylvania.  Covering 24 acres, it's is convenient to many who live in the Northeast, as it is only an hour and a half from New York City, and just a half hour from Philadelphia; those in the Baltimore area will only have a two-hour drive. In addition to rides such as the Oscar's Wacky Taxi rollercoaster, Big Bird's Rambling River, and Bert & Ernie's Slip & Slide, there are various play areas and shows that will amply entertain the whole family.


Billed as the “entertainment capital of the world” with "down-home" charm, this city in the Ozarks Mountains of southwest Missouri is best known for the more than two dozen stage shows aimed at a middle-American audience, but also home to three outlet malls, various museums, and a pair of theme parks, including this sprawling 59-year-old complex themed on the 1880s Wild West. With more than 30 rides and attractions, as well as traditional crafts demonstrations, kids of all ages will have a great time.  (The park is closed in January and February, by the way.)

In addition, Branson offers other attractions including Grand Country Resort water park (several local resorts also offer  their own smaller water parks), mini-golf course, go cart tracks, train rides, Marvel Cave, and a special “Ride the Ducks” vehicle that travels through the streets of Branson and then splashes into the water for a 20-minute cruise. Speaking of water, there are also three lakes in Branson, Missouri, with plenty of fishing, boating, swimming, and camping venues. And with more than 300 restaurants and multiple shopping venues, the adults will have a great time too. Branson's location may seem a bit out of the way, but in fact it lies within driving distance for some 30 percent of the USA's residents.


Based in Texas (the name being a reference to the six flags that have flown over the state in its history), the world's largest amusement park company in terms of properties owned has 25 parks throughout North America, most of them in the USA, in Agawam, Massachusetts; Arlington, Texas (the first, in 1961); Austell, Georgia; Cherry Valley, Illinois; Darien, New York; Eureka, Missouri; Jackson, New Jersey; Gurnee, Illinois;  Largo, Maryland; Marietta, Georgia; Oklahoma City; Phoenix, Arizona; Queensbury, New York; San Antonio, Texas; and Vallejo, California.


Self billed as "the happiest places on earth," the world's best known and most beloved theme parks - the former in Anaheim, California (along with the adjacent California Adventure Park) and the latter in Orlando, Florida, really need no introduction, with new attractions such as Disneyland's Star Wars: Galaxy's Edge receiving worldwide media coverage. But it's also worth noting that both Disney and third-party providers sell all-inclusive packages and make a family vacation a no-muss, no-fuss experience. And here's a little money-saving tip: in addition to discounts for Florida residents, Walt Disney World offers free tickets to those visiting on their birthdays.