Mountain rambling is an activity beloved by many on holiday, but those used to doing it in more familiar environs such as Europe and North America will be intrigued by what awaits south of the Mediterranean, in the craggy Atlas Mountains which stretch from Morocco's lower Atlantic coast across Algeria and north Tunisia. With terrain ranging from fairly gentle and arid, like the rest of these countries, the Atlas also offer some unique wildlife and the chance to experience the culture of the local Berber people (in whose language the words for mountain, adrar and adras, give this range its name, though another version traces it back to Greek mythology, when the hero Perseus used the head of Medusa to turn the Titan Atlas to stone, thus transforming the giant into the range). 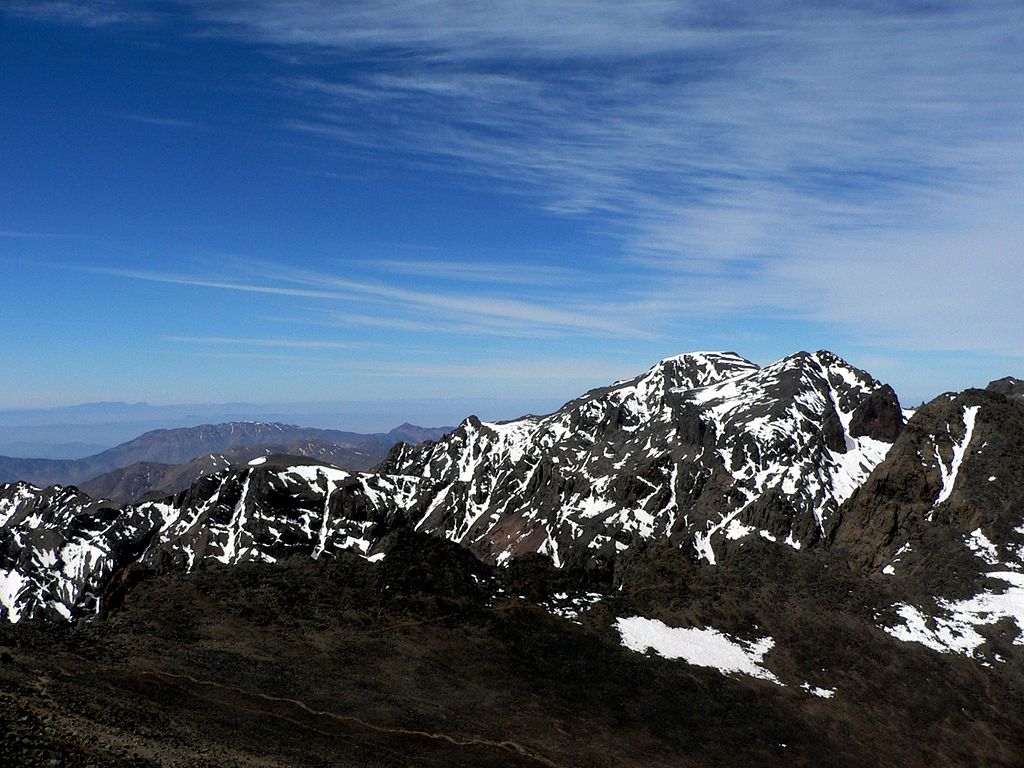 The best time for trekkng the Atlas is between May and September (some areas become impassable in winter and even shoulder seasons), with various tour operators in various Moroccan cities including Iberia gateway Casablanca (in addition to tour operators based outside the country); you can of course also drive to a number of points and do self-guided loops with itineraries available online (though frankly, I'd highly recommend hiring a qualified trekking guide).


These various starting points include Marrakesh, two hours north of snow-dusted Mount Toubkal (photo and video above), at 4,167 metres (13,671 feet) North Africa's (and indeed the entire Arab world's) highest peak and part of the eponymous national park covering 380 square kilometres (147 sq. miles), with trekking excursions generally between three days and one week. Others include Ouarzazate, surrounded by striking gorges and valleys; laid back Zagora, some six hours north of Marrakesh, at the foot of the eponymous mountain and near the Jbel Saghro subrange of the Atlas; and the oasis city Errachidia, also six hours away, at the foot of the Atlas and a crossroads between the mountains and the Sahara Desert.


By the way, as I mentioned earlier, one especially unforgettable aspect to the Morocco eco-adventure is the chance to experience the exotic culture of these mountains' Berber inhabitants. A particularly great example, if you can make it here in September, is the marriage/betrothal festival (above) in the village of Imilchil, 2,119 m (6,952 ft.) up on a mountain plateau also about six hours from Marrakesh, during which young men and women from various local villages come together to choose mates amid much music, dancing, and feasting - all accompanied by colourful traditional costumes, of course (dates of this UNESCO Intangible Cultural Heritage event change each year; for 2019, check with Morocco Tourism and/or various tour operators as September approaches).