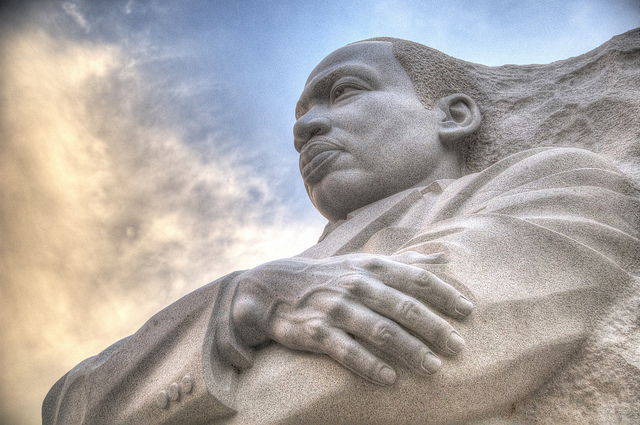 As many Americans honor the towering Civil Rights icon who gave his life to make the USA a little better place, his legacy is under greater attack than its been in years - including now at the highest levels of the U.S. government. And so on this Martin Luther King, Jr. Day, as a Cuban-American with afro-Cubans in my family tree, I’m proud to offer a rundown of the top sites throughout the American South that visitors can experience and learn about the history and legacy of this country’s greatest civil rights icon (and I say “top sites” because obviously the man got around far more than this, but for the most part these are the ones that are the most iconic and/or have organized visitor programs). Happy MLK Day! 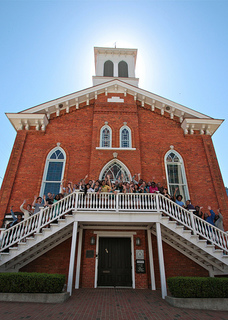 Dating from 1889 and today a National Historic Monument, in the late 1950s this white-trimmed red-brick church had King as its pastor and was the nerve center for the famous Montgomery Bus Boycott (see Rosa Parks, below). All that and much more is covered in the next-door parsonage, which has been made into an interesting little museum.  It’s still a working church, by the way, and no tours are given on Sundays, but you’re welcome to attend services.

This 54-mile trail follows the route of the 1965 Voting Rights March, from Selma’s Brown Chapel A.M.E  to the Alabama State Capitol building. Today’s trail starts at a slick interpretive center, has another interpretive center at midpoint, and ends at a third in Selma. Groups of 10 or more may schedule park ranger-led tours. Centered around the house where young Martin lived till age 12, (left) as well as the adjacent tomb of MLK and his mother Coretta Scott King, this 35-acre portion of the Sweet Auburn district is free of charge to visit and includes tour of local landmarks like Ebeneezer Baptist Church. (Only 15 people per tour, though, and first-come, first-served, so get there early).

OK, why is this on my list? Because this extraordinary collection of American vehicles and technology of the past century or so includes the bus on which Rosa Parks as part of the Montgomery Bus Boycott organized in part by MLK in 1955, took her historic stand – well, seat. I was moved to tears here. I happened across this and thought I’d throw it in, but the first public park in the U.S. devoted exclusively to MLK, in Raleigh, it offers a lifesize statue, water monument, pretty landscaping and not all that much else. Still, if you just happen to be in town…

This of course is the place in Memphis (right) where King was assassinated on the balcony in front of Room 306 on April 4, 1968. It includes an $11-million annex called “Exploring the Legacy.”  Guided tours are offered on Mondays and Tuesdays. The latest homage to Dr. King, inaugurated in 2011, is a 30-foot statue on the National Mall – the only such monument here to a non-president. OK, so it was created by a sculptor from Communist China, but it’s still moving. Also in the District, Cultural Tourism DC has information on the local self-guided African-American Heritage Trail, of which other local MLK-linked sites are prominent - with the Lincoln Memorial, of course, at the top of the list thanks to the “I Have a Dream” speech (left).  And of course the recently inaugurated Smithsonian's National Museum of African-American History and Culture includes generous covering of the Civil Rights movement and Dr. King's leading role in it.