Honeymoon Paradise Hawaii at a Glance 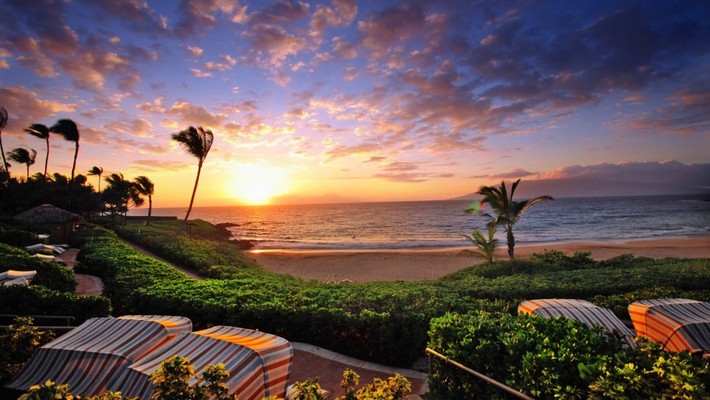 There's a good reason why these islands in the middle of the Pacific Ocean are among the world's most popular honeymoon destinations - their romance and exotic tropical beauty are at times nearly overwhelming. With fantastic beaches; luxurious resorts; myriad eco and adventure activities; top-notch dining and spas, a stay on any of Hawaii's five islands will deliver a honeymoon you'll both remember forever. The state's largest island is truly an unrivaled expression of the power of nature. From the molten magma flowing from Hawaii Volcanoes National Park (above) to the snow-capped heights of Mauna Kea; from the green rainforests of the Hamakua Coast to the jet-black sands of Punaluu Beach. You'll also find exotic beaches and a range of luxurious resorts and spas where you can relax and rejuvenate. 
The oldest, northernmost, and fourth largest island is dubbed the “Garden Isle,” draped in emerald valleys, sharp mountain spires and jagged cliffs, aged by time and the elements.Kauai is great for a variety of outdoor activities. Kayak the Wailua River; snorkel off Poipu Beach; hike the trails of Kokee State Park; and go ziplining above Kauai’s lush valleys. But it is the island’s laid-back atmosphere and rich culture found in its small towns and along its one-lane bridges that make it truly timeless for honeymooners around the world. 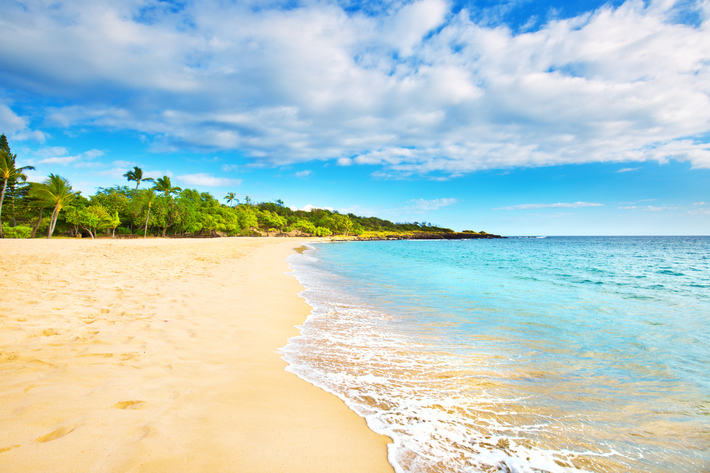 Lanai
The smallest inhabited island in Hawaii, could be called a honeymooners'  dream destination where you'll find serenity and intimacy as well as adventure, if you choose, from the stunning views atop the pine-lined Munro Trail to watching the acrobatic spinner dolphins in romantic Hulopoe Bay, 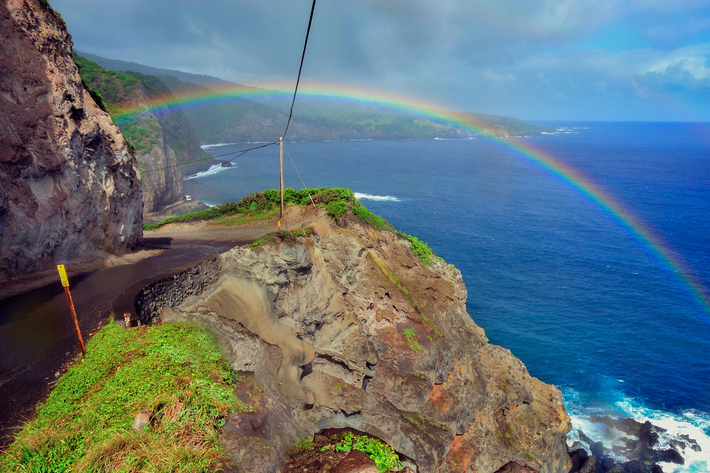 Maui
On the “Magic Isle,” have a breathtaking view with your partner above a sea of clouds high atop Haleakala. Watch a 45-foot whale breach off the coast of Lahaina. Lose count of the waterfalls along the road as you maneuver the hairpin turns of the Hana Highway (above). Sample pineapple wine at a vineyard in the hills. Attend a luau. The options are many and marvelous! Molokai
Hawaii’s fifth-largest island - only 38 miles long and 10 miles across at its widest - is home to the world's highest sea cliffs along its northeast coast (3,600-3,900 feet) and Hawaii’s longest continuous fringing reef (28 miles) off the southern coast. You can take your partner to a variety of outdoor adventures on foot, by bike or by four-wheel drive, and get red dirt in your shoes, whether you’re hiking along the 1,700-foot cliffs leading to Kalaupapa National Historical Park or discovering Papohaku Beach, one of Hawaii’s biggest white-sand beaches. 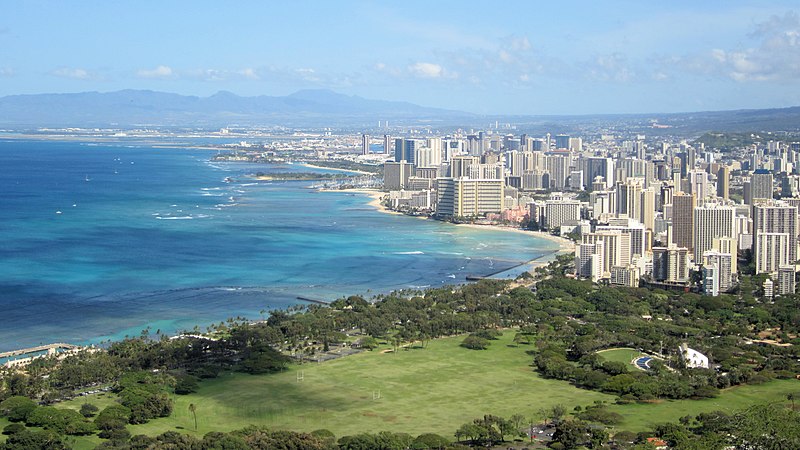 
The third largest island is Hawaii's most developed, and home to the majority of the state's diverse population. It's also something of a fusion of Asian and Western cultures, rooted in the values and traditions of the original Hawaiian people.The clear blue waters of Kailua Beach meet the metropolitan cityscapes of capital Honolulu. The historic architecture of Iolani Palace meets the timeless memorials of Pearl Harbour. The big city of Waikiki meets the small town of Haleiwa on the North Shore.