India is blessed with diverse culture and breathtaking scenery, and as one of the world's 10 largest countries in term of area, it has hundreds of waterfalls which are perfect tourist attractions.

Also known as Rat Tail Falls (top) and viewable as far away as 3.6 kilometers, this 297-meter cascade is located on the Palani Hill of this state's Dindigul District, in the southwest of Tamil Nadu state, about an hour and a half north of the city of Madurai. But to get close up, visitors need to hike, as there's no road to it. In the same state, some four hours south of Madurai, this breathtaking waterfall on the photo below is one of five located in Courtallam, a spa town popular with visitors especially from June to September. The three most popular falls in Courtallam which are accessible via roads are the Main Falls, Five Falls, and Old Courtallam Falls. Shenbaga Devi Falls and Honey Falls can be reached only by trekking in the hills.

Tamil Nadu's third notable cascade is located in Dharmapuri district, in the northwest of the state. Sometimes referred to as the “Niagara Falls of India,” it's also popular for its medicinal baths and boat rides. Also known as Gautamdhara Falls, it's situated on the edge of the Ranchi Plateau in northestern state of Jharkhand. It drops 43 meters, and visitors have to descend 722 steps to get the full impact of the waterfall and its surroundings. 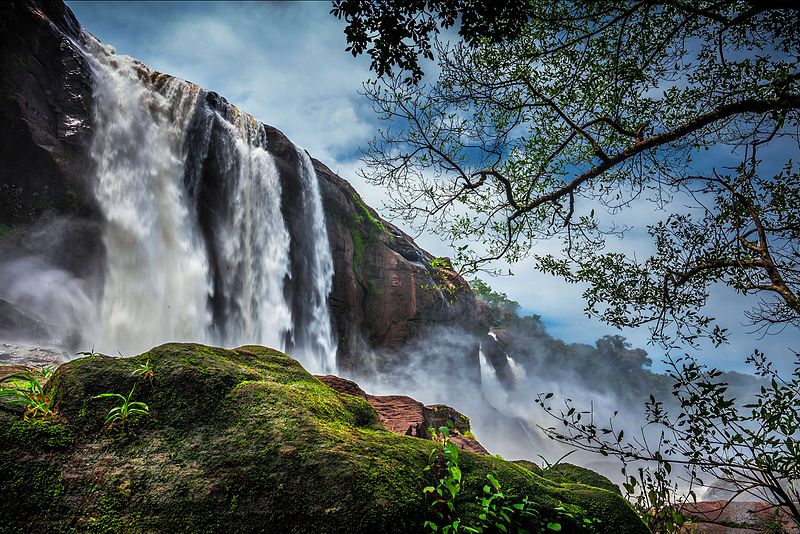 The southern state of Kerala has many appealing natural sites, and the state's largest waterfall is one of the popular ones, dropping 24 meters on the Chalakudy River in the Thrissur district around the center of the state. Another beautiful waterfall is located nearby – the Vazhachal Falls. Up in the far northeastern state of Meghalaya, the town of Cherrapunji is considered one of the wettest places on earth because of its recordbreaking rainfalls, and this 335-meter cascade falls from a plateau nearby; one unusual feature is its plunge pool, with green water. 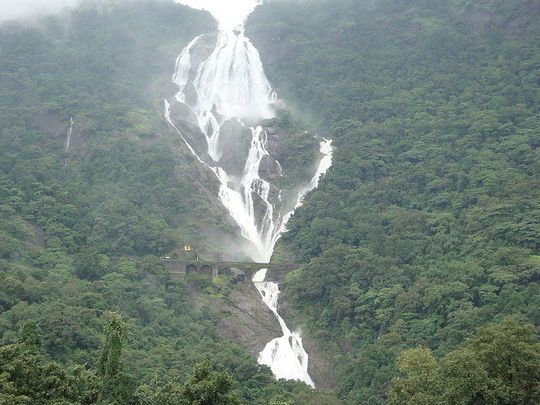 On the Mandovi River in the southwestern state of Goa, another of India's tallest falls, at 310 meters, has four tiers and is particularly spectacular during the monsoon season, from June to September. It's another wonderful attraction among the ecotourism allures of the Bhagwan Mahaveer Sanctuary and Mollem National Park. 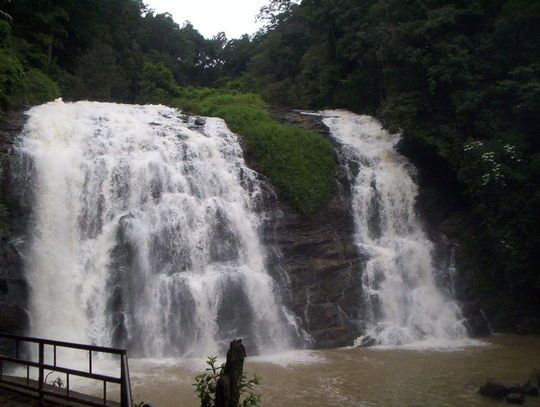 Also spelled Abbi and Abbe, this waterfall is located in Kodagu (once known as Coorg), a former British hill station in southwestern Karanataka state popular with holidaymakers and still home to many coffee plantations. It's situated between two of these plantations, and a hanging bridge now exists across from it for best viewing. India's second highest highest plunge falls, directly plummeting 253 meters, is located in Karnataka's western district Shimoga, known for this and various other waterfalls, as well as eco and cultural tourism. This is also known as Gerusoppe Falls, Jogada Gundi, and Gersoppa Falls. 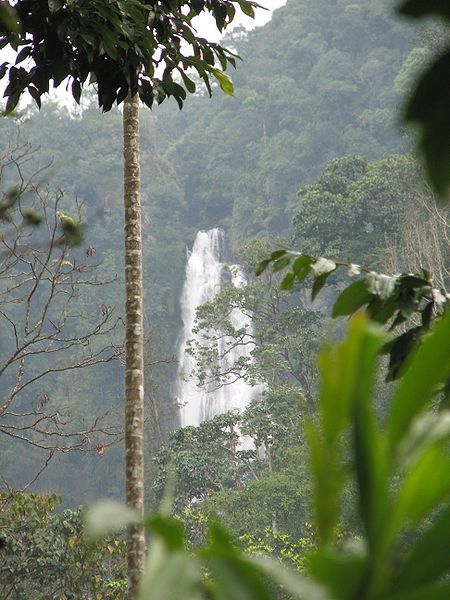 Up in the hills of south central Karnataka, Kemmannugundi is a famous hill station, established in the late 19th century as the retreat of a Mysore Maharaja, and this lovely 168-meter fall is one of its major nearby attractions, nestled in the middle of forested coffee estate and reachable on foot and jeep. It falls in two stages, Dodda Hebbe (Big Falls) and Chikka Hebbe (Little Falls).