The Smiles of Zimbabwe 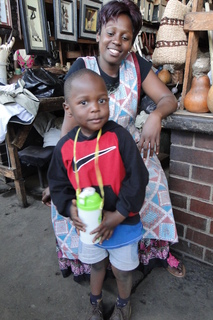 For the first time in a good long while, the southern African country - one of the continent's poorest and least free, thanks to the 37-year dictatorship of Robert Mugabe, is currently making world news daily as Mugabe struggle to cling to power after being detained by the country's military and facing impeachment.

But even despite the longtime suffering of its people, tourism to this beautiful country has held its own over the years - in the last several years averaging a bit over two million visitors annually. They're brought here by outstanding attractions such as spectacular Victoria Falls (one of the natural wonders of the world); exciting ecotourism, adventure, and safari offerings; and uniquely in Africa, imposing medieval city ruins built in stone, such as Great Zimbabwe in Masvingo, Khami Ruins, Dhio-Dhio, and Naletale. But on my own visit, what I found most moving was the warmth and friendliness of its people, even in the face of adversity.

In capital Harare's century-old Mbara Township, a child in the bustling Curio Market, Harare’s largest for traditional arts and crafts, begs to have his picture taken. His mother grants permission. His eyes shine as he views himself on my camera’s screen. Whizzing by on the bus in the dusty southern rural countryside a women flashes a big smile as I snap a picture through the windshield.

A young student at the Hartzell School in Mutare takes a break from his chore hoeing kale at the school’s vegetable plot to give me a wave. 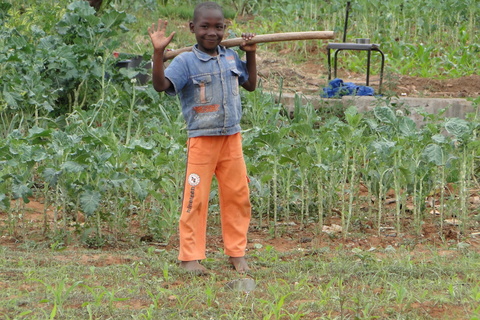 These were the facial expressions I encountered as I toured this beautiful land for two weeks, not the quizzical expressions of mild shock when I informed American acquaintances of my travel plans. Of course, I must admit, Zimbabwe was not on the top of my list to be the first African country that I would visit. Like many developing countries, Western press is rarely kind, focusing on political and economic negatives. After all, that’s what makes the evening news. As a freelance travel and food writer, an invitation from the Zimbabwe Tourism Authority was all it took, fortunately, to ignore unfounded expressions of caution. 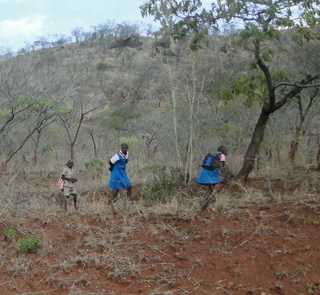 If the future of a nation is in its youth, a visit to two rural schools confirms for me the resourceful exuberance of Zimbabwe’s young generation. When in 1898 United Methodist Bishop Joseph Crane Hartzell founded the Old Mutare Mission,“he envisioned hundreds of African youth with books in their hands running to school… (and dreamed) of training African teachers to educate Africa’s children.”  Over a century later that dream is a reality. On many days during my two week tour I witnessed lines of youth in fresh clean starched colorful uniforms walking, sometimes several miles, to their school as early as 6 am. At the Hartzell School, an enthusiastic fifth grade class crowded around an obviously admired young teacher, Mr. G.T. Zvingowanisei, in a simple classroom whose walls were decorated with homework projects and a blackboard full of science questions that I had to think through before answering. Besides all academic courses being taught, there were projects on such subjects as AIDS, agriculture and cooking. In answering the common question "what's your favorite subjects," a group of girls replied "math and English" without hesitation. An impressive impromptu presentation by the high school’s Journalism Club bodes well for the continuation of a free press in this nation of twelve million with over three dozen daily newspapers expressing a broad spectrum of views and avidly read. 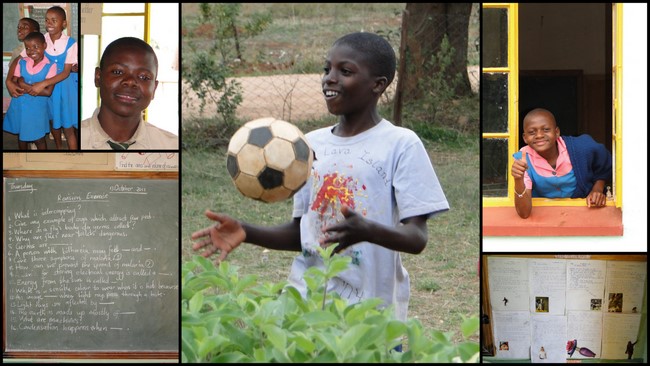 The self reliance of this first-grade-through-sixth-form boarding and day school was evident as students practicing on one of the playing fields seemed unconcerned when the school cattle passed through. The young student assisting the adult herder was doing his job with enthusiasm. Several fields were devoted to vegetable and fruit gardens full of kale, spinach, tomatoes, green onions, potatoes, oranges, grapefruit and papaya. 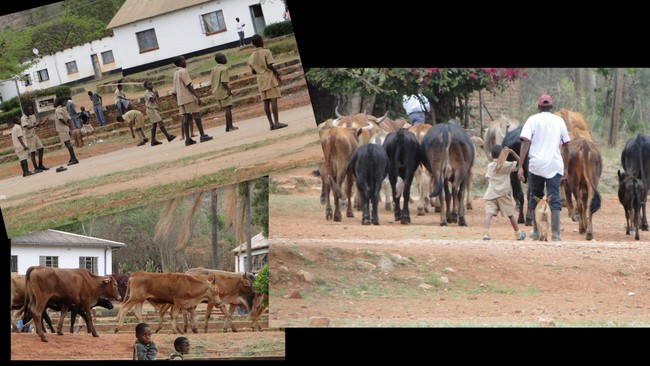 Administered by the United-Methodist-affiliated Africa University, Hartzell School includes a 60 bed hospital and the Fairfield Children’s Home, an orphanage for children as young as infants. Attractive houses with colorful flower beds are lived in by ten children, a house mother and an assistant. Each has its own kitchen and the houses surround a playground. The smaller Nechilibi Secondary School in Hwange, western Zimbabwe, was not expecting a visit from international journalists. Students in their maroon and white uniforms were busy at sport, tending to the vegetable garden and avidly learning word processing in the computer lab. A plaque from the Ministry of Education cited Nechilibi for excellence and alongside that was posted the school’s mission statement, student expectations and rigorous curriculum requirements. 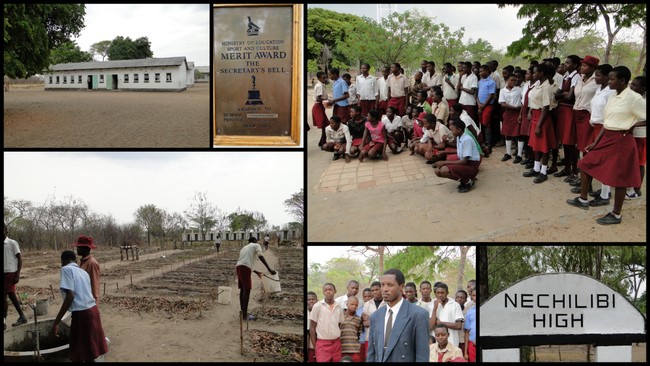 Politics, economic woes, natural and man-made disasters flood our daily consciousness. Negative impressions are difficult to shed and they cloud the decision of travelers to explore cultures that they fear may remove them from their comfort zone. Yet this mind set robs the potential visitor of the opportunity to both revel in the diversity of cultural expression and discover the commonality of the human family. Some wise sage said it succinctly in the ancient past, "All people smile in the same language." 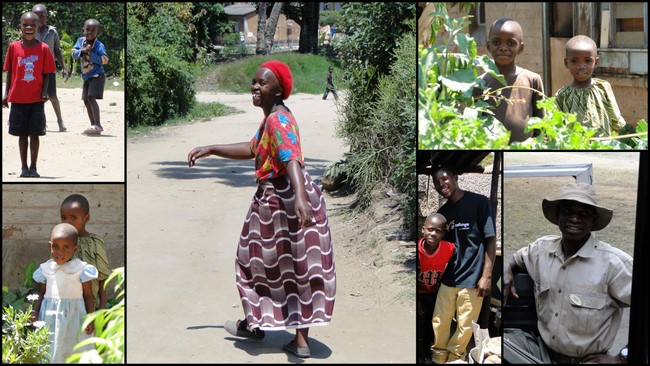