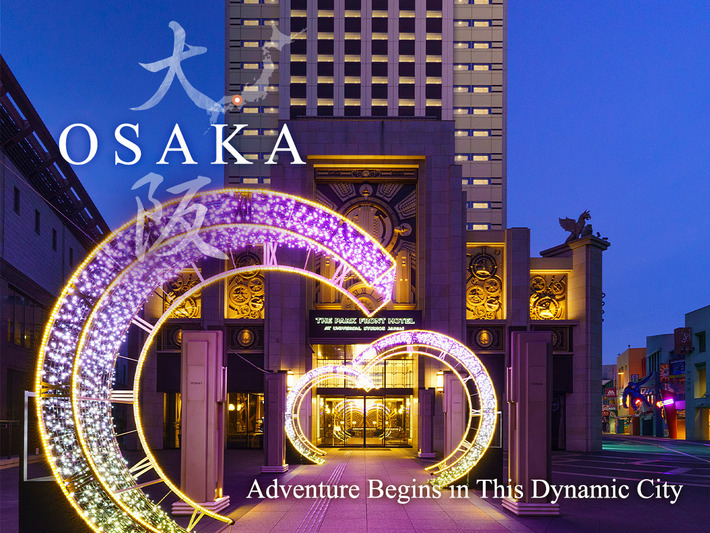 Osaka is one of the most contemporary and cosmopolitan cities in Japan, but it also has a long history. Founded 1400 years ago, it is older than Tokyo (formerly Edo) by 1000 years! While Tokyo is Japan’s center of politics and Kyoto is Japan’s center of time-honored culture, Osaka’s provenance is as a center of commerce, and that includes culinary commerce. Osaka to this day is known as a foodie’s fantasy – from gourmet restaurants to izakaya pubs to street food. Osaka is also the place to enjoy an array of entertainment. It is the birthplace of Manzai -- stand-up comedy and Bunraku -- traditional puppet theater. And since 2001, it has been the site of the only Universal Studios Japan theme park!

This bastion of modern amusement, now celebrating its 20th anniversary in Japan, also opened “Super Nintendo World” on March 18, 2021. At this newest attraction, visitors can say "Hi" to Mario, Peach, and other friends from the Mushroom Kingdom, help Peach recover the Golden Mushroom taken by Bowser Jr, and of course race on a Mario Cart and explore Mario's World in real life!

The Park Front Hotel at UNIVERSAL STUDIOS JAPAN is an official Universal Studios Japan hotel. Its premium location offers direct entry to the theme park, just a minute's walk away. The hotel’s design is uniquely inspired by “America: Past, Present and Future!” The main lobby features an Art Deco image of New York, and the buffet restaurant, Akala, evokes a dream vacation at a relaxing Hawaiian resort. Guests can purchase theme park passes for Universal Studios Japan with ease right in the hotel, thus beginning their adventure before even stepping out of the property. 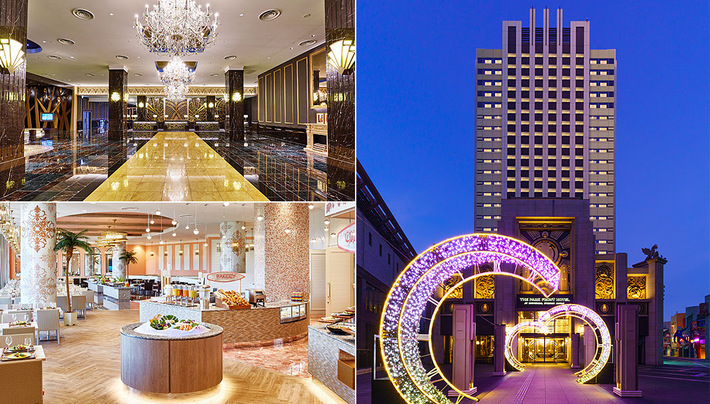 For More information on the city of Osaka, visit the official Osaka Convention & Tourism Bureau website.