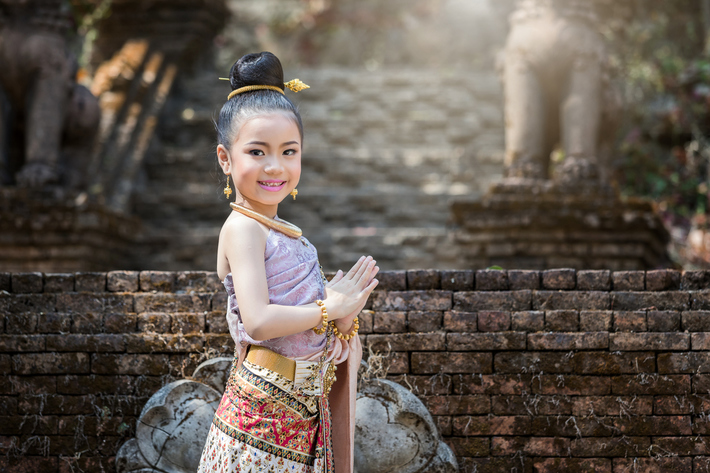 Located in southeast Asia, this long, narrow country of more than 66 million is a dramatic mixture of bustling cities, traditional charm, fantastic beaches, and engaging ecotourism. Here's an overview of what Thailand's tourism authority has branded as "the Land of Smiles"- with some justification, as Thais are a friendly people who do seem to smile more than many other nationalities:

The heart of a metro area of more than 14½ million, Thailand's bustling, congested, sometimes gritty capital will nonetheless enchant you with its cultural experiences and historic sites including its famous "floating markets"; temples; delicious dining; and legendary nioghtlife. Here are several of Bangkok's highlights:

The Grand Palace & the Temple of the Emerald Buddha

Built nearly 240 years ago in the heart of Bangkok, Thailand's royal palace complex comprises more than two million square feet wiht more than a hundred brightly colored halls, pavilions, apartments, gardens, courtyards, and temples adorned with graceful roofs, golden spires, and gorgeous mosaics. The most important and famous of all is Wat Phra Kaew, the Temple of the Emerald Buddha (above), so named for its two-foot-tall seated Buddha statue (actually made of jade), Thailand's most important and sacred Buddha image. It's clothed in golden robes, jewelry, and headpiece, and the changing of this apparel three times a year is a major event, performed by Thailand's king or a senior royal

Wat Pho, the Temple of the Reclining Buddha

Located behind the Temple of the Emerald Buddha, Wat Pho is one of the city’s largest and oldest temple complexes, with the country's largest collection of Buddha images. The one it's named for is a 46-meter reclining Buddha covered with gold leaf. The temple is the original public education center and the birthplace of traditional Thai massage. For that value, the temple has been list as UNESCO historical site. Until now, the place still teach and practice traditional Thai massage. It is only take ten minute from Wat Pho to the Grand Palace, so you can visit Wat Pho second. Most visitors would head for Wat Pho as soon as they enter while visiting time here would be less than the other part of the complex, so that you can avoid the peak time and make a more relaxing tour. 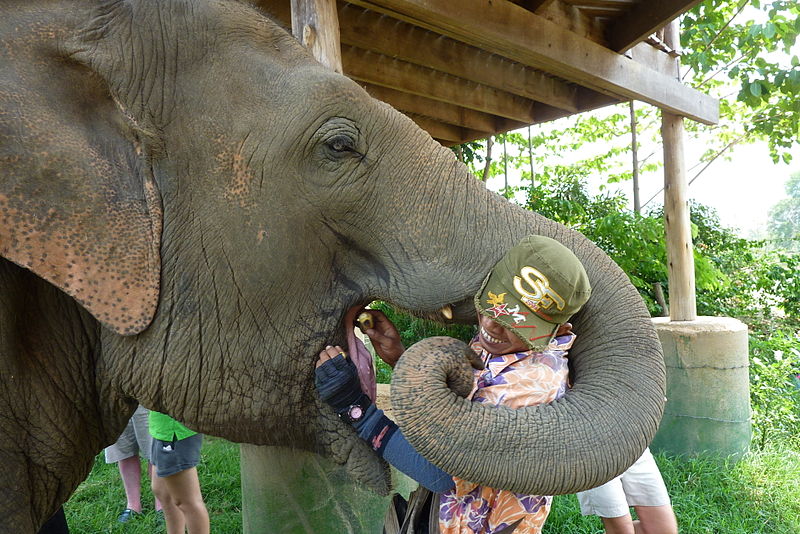 Thailand's second most popular destination lies a nine-hour drive (r hourlong flight) north of Bangkok, and a bit more laid back than the capital. Founded in 1296, this city of just over 127,000 is known for its two dozen Buddhist temples as well as eco and adventure options in the surrounding jungles and nearby mountains. A pair of musts in Chiang Mai

Right in the center of Chiang Mai Old Town, this Buddhist temple, some 60 meters high - was begun in 1391 and finished several decades later, in an era of great prosperity. The Emerald Buddha was housed here until 1551, and in 1995 it was finally replaced with an oversized replica in black jade.  Visitors are invited to talk to monks and ask them anything about Buddhism. Interestingly, as with some other religious sites in Thailand, some buildings here are open to men only (it’s believed that in Thailand that women are not pure during periods).

About an hour north of the city, at this elephant sanctuary and rescue center (above) you will be not only a visitor but also a volunteer who actually help elephants as well as dogs and cats in their natural habitat. The park is entirely covered by lush mountains and home to numerous local species. Walking, bathing and feeding with elephants is an incredible experience here; it's truly moving to witness these majestic pachyderms live safely and contentedly in a natural environment. Besides hanging out with them, you'll learn about the history of their rescue from cruel conditions.

Surrounded by paradisiacal tropical waters, Thailand is also reknowned for its coastal and island beach destinations. The largest and most popular is Phuket island (a flight of an hour 15 minutes from Bangkok). whose relaxing, white-sand beaches and turquoise seas (wonderful for snorkeling and diving as well as swimming) are complemented by a wide range of entertainment and dining options as well as various attractions both natural and manmade. Perhaps the most compelling and popular is:

In this bay off Phuket's northeast coast, a pair of small islands called Khao Phing Kan (above) have become famous attractions due to their sheer limestone karst formation rising precipitously from the sea - or more specigfically, their use as a backdrop in the 1974 film The Man With the Golden Gun (in fact, since then they've become popularly known as James Bond Island) and Star Wars: Episode lll – Revenge of the Sith. It;s one of a number of spectacular islands that can be best appreciated by taking a boat tour (which also usually includes stops for snorkeling). 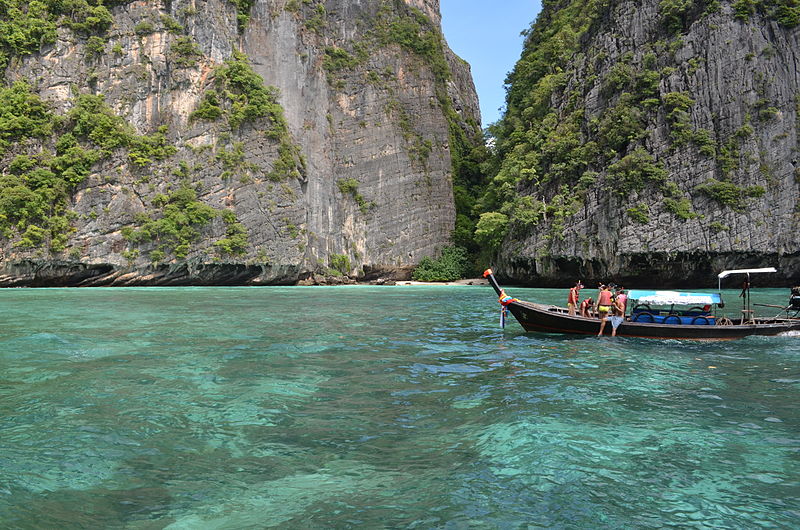 Lying off Phuket's west coast (and reachable by ferry in 90 minutes or speedboat in 45), these half dozen small, paradisiacal isles also boast dramatic limestone scenery as well as gorgeous beaches. The largest, Phi Phi Don attracts a thousand visitors a day while on the second largest, uninhabited Phi Phi Leh, Maya Bay was featured in the 2000 movie The Beach starring Leonardo DiCaprio - and sadly and inevitabley, by 2018 it had become overwhelmed by tourists and was closed until it recovers.

For these and other must-see places, we provide the best Thailand private tour packages which will give you an overview of this beautiful country and leave you with a once-in-a-life memories. These all-inclusive, customized tours take all your requirements into consideration.