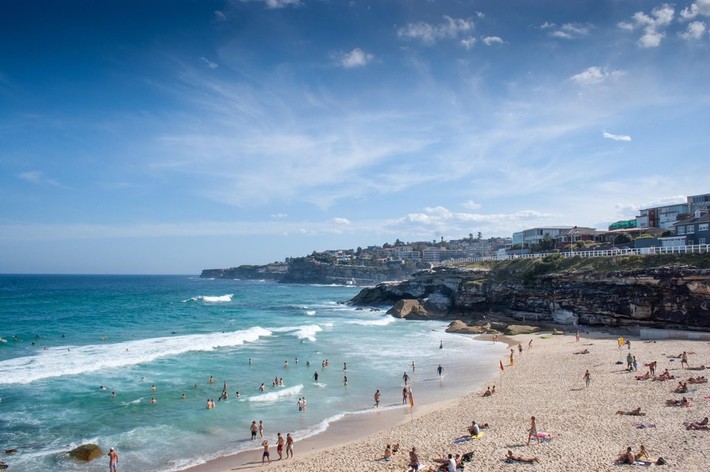 If you’re visiting or moving to Australia, both Sydney and Melbourne are greatly appealing for many reasons, including their nearby beaches. Melbourne has its share of pleasant beaches, mostly with calm waters. But they pale in comparison to the ones in and around Sydney, including world-famous surf beaches, secluded bays, and stunning snorkelling and scuba spots. Located in the eponymous suburb just 20 minutes drive from Sydney's CBD (Central Business District), one of the world's most famous strands is a kilometre of golden sands backed by a dynamic town filled with interesting shops, restaurants, and other attractions. Most of the surfing takes place at the southern end.

One of the Northern Beaches, a 15-minute drive or more scenic 20-minute ferry ride from the CBD, this three-km stretch is backed by pine trees and divided into three sections - Queenscliff, North Steyne, and South Steyne. "Surf City" was the site of the first world surfing chamionship, in 1964, it still attracts wave seekers today, with town amenities similiar to Bondi's right at hand, along the broad pedestrian promenade called the Corso and elsewhere. Another of the Northern Beaches, a bit farther out but still less than an hour’s drive from the CBD, this one's also very popular with surfers. The beach is just south of The Wedge, where you’ll find waves up to nine metres high! You'll find toilets and showers, a picnic area and playground, and a 25-metre ocean swimming pool. Whale beach also features a heritage-listed bungalow called Careen House.

Just south of Whale Beach, this is another thriving surf destination where veterans and newbies alike hit the waves. The north of the beach attracts a lot of older longboarders where the swell breaks on the north headland and a nearby sandbank. To the south, there’s a triangular sandbank that generates easy waves, perfect for beginners. Near the cliff at the southern end – sometimes called Little Avalon – a shallow rock wall creates fast waves ideal for barreling. Here just a short walk north from Manly you can enjoy a 50-metre saltwater pool and consistent waves right along the beach. On the northern headland you’ll find an interesting statue depicting Hawaiian swimmer Duke Kahanamoku. In 1915 he single-handedly introduced surfing to Australia by hand-carving a surfboard from local timber and showing off to the locals! Beaches for Snorkelling and Scuba Diving

You’ll be blown away when you try snorkelling or scuba diving in the crystal clear water here, as this beach is part of a protected marine reserve called Cabbage Tree Bay, which means it is teeming with marine life. As soon as your head is below the surface you’ll enter another world! There's also a kiosk with free electric barbecues – spend the day exploring, then feast with friends or family. Here you'll get a stunning view of Sydney’s skyline and plenty of sea life to observe while snorkelling. There’s not a lot of parking but you can access the beach on public transport or with a boat. The lack of parking means the area is often deserted, perfect for snorkelling in peace! 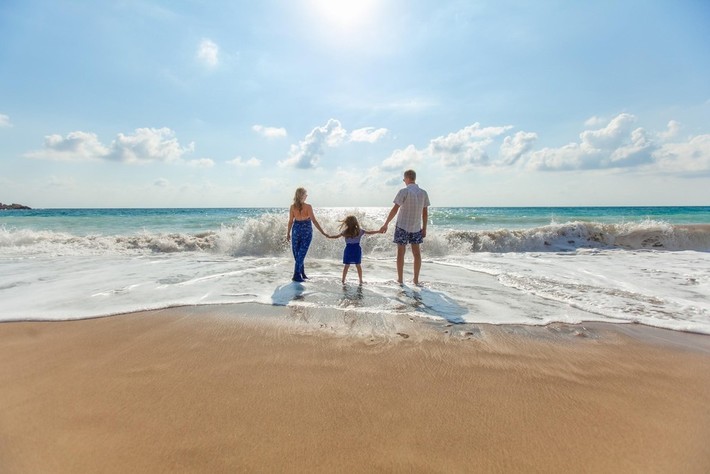 Check this one out for calm surf, historic buildings, and beautiful parklands. There’s also an ocean pool, an enclosed lawn, and a playground for the kids. After you’ve finished swimming, you can head up to Coogee Pavilion for a drink and a feed. 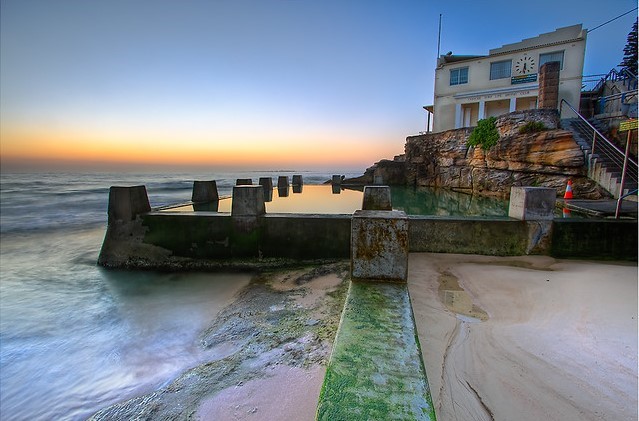 A gorgeous strand in the ritzy suburb of Mosman, it has an enclosed swimming area and baths, which provide a bit of extra safety for younger kids, and the shady park is ideal for a post-swim picnic. There are also walking paths to help you explore the local bushland. If you visit this beach in summer, you can even catch a play at the Balmoral Rotunda!

If you’re a bit sick of your kids, chuck them in these helpful waters! That was a joke – despite its scary name, Shark Beach is actually beautiful, safe, and very popular with families. It nestles in the lush surrounds of Nielsen Park just a 20-minute drive from Sydney CBD, and it features nets that make the waters especially safe. The water is clear and still, and there’s a large, shady park for the kids to run around and play. 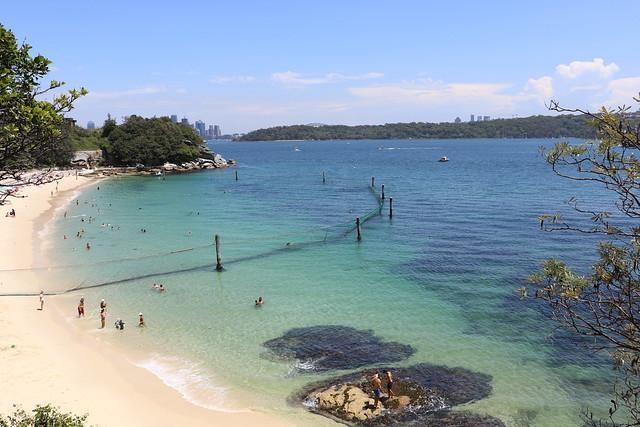 Those are our favourite Sydney beaches, but there are so many more to check out; go exploring and find new spots yourself, or talk to locals and ask them about their favourite places to swim.  You can even use Sydney as a base to explore other areas of NSW’s enchanting coastline, from Byron Bay to Wollongong. Sydney is truly a great place to be if you love beaches. If you don’t already live in area but are thinking about relocating, these key facts about Sydney will help. Let’s get swimming!