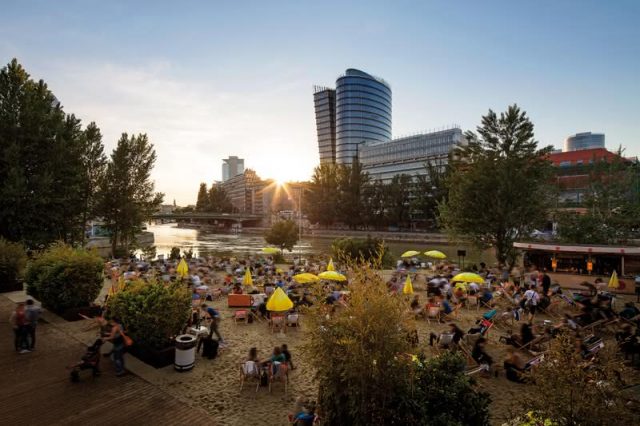 As people get back to travelling, and summer approaches, many cities especially in Europe start blooming in more ways than one, easing into their estival splendour. Austria's capital is an excellent example - especially this summer, as the Wienerer again delight in social life and the outdoors after weeks of pandemic lockdowns and post-lockdown restrictions. With that in mind, here are some of the great spots and stuff to enjoy in Vienna if you plan to visit this summer, or maybe have it in mind for next year. 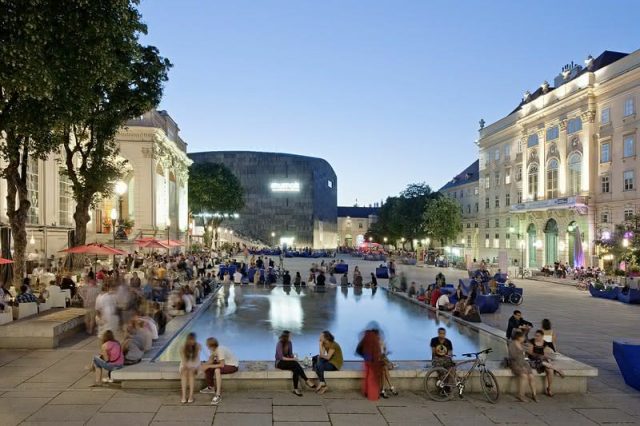 This cultural district (above) which debuted in 2001, is located several blocks northwest of  the Vienna State Opera House and the imperial Hofburg palace, and is home to handsome Baroque buildings as well as striking contemporary architecture, and a slew of restaurants, cafés, and bars. And true to its name, this is also the site of a cluster of modern-art venues as well as some 60 other cultural institutions. The top three are the boxy white Leopold Museum (with 20th-century Austrian art at its core, including marquee names like 20th-century giants Gustav Klimt, Oskar Kokoschka, and Egon Schiele - the largest collection of Schiele in the world); the basaltic-lava-clad, also boxy mumok (with an even larger collection of international 20th- and 21st-century works), and the Kunsthalle Wien, devoted to contemporary exhibitions in a renovated Baroque riding arena. And families will love the ZOOM Children's Museum. Other activities include a boules court and MQ Amore, an interactive sculpture park including 12 minigolf courses.

Right next door to MuseumsQuartier, this district - also dubbed by some the Biedermeier quarter because of the predominance of early-19th-century Biedermeier-style buildings - is full of charming little lanes and restaurants, cafés, bars, and beer gardens - many with Schanigärten (outdoor patios), either out front or out back, especially between Breite Gasse and Sigmundsgasse; they're great for taking a load off, planning your sightseeing, and simply revelling in the warm Viennese weather.

But for outdoor cafés both in the daytime and evening, one of the locals' most beloved spots of all are found about a 20-minunte walk northeast of the Museums Quarter along the banks of the Donaukanal, which are also home to beach clubs with sandy beaches, the Badeschiff (floating outdoor pool), the Summerstage for open air concerts and performances, and spots to grab water taxis and canal cruises. For a funky-artsy touch Vienna's biggest legal grafitti zone is also located here.

Austria's capital is famously an imperial city, which as the capital for centuries of the powerful Habsburg Empire of Austria-Hungary has an astonishing legacy of architectural grandeur. And one of its most iconic landmarks is the imperial family's summer palace, a lavish Rococco fantasy that besides being Vienna's top tourist draw also boasts vast gardens which are rather popular with the locals themselves at this time of year.  They include of course elaborately sculpted formal gardens as well as fountains, hedge mazes, ancient-Roman-style monuments, a zoo, glass-enclosed conservatories, a botanical garden, and a café. There are also regular summertime concerts given on the premises - including the Vienna Philharmonic's blockbuster - and free-of-charge - Sommernachtskonzert; on 18 June with the theme "Yearning for Distant Places" .

Created in the 1980s for flood control, the Donauinsel is a narrow, 21-kilometre-long (13-mile) island in the river that's is another summertime magnet, with offerings not unlike those along the Danube Canal, with myriad restaurants, cafés, bars, and nightclubs, as well as beaches (at the north and south ends, even nude beaches). But there's even more: plenty of recreation such as biking, skating, and boating, along with recreational facilities including a water playground, a climbing park, and the world's biggest trampoline complex. 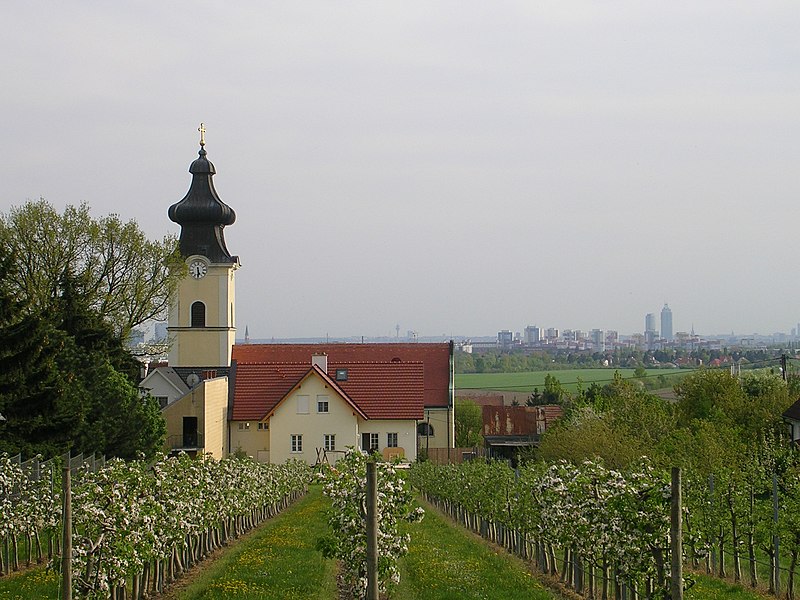 A Sip of Wine Country a Car or Tram Ride Away

You might also consider a day trip out of the city to the other side of the Danube out into a lovely bucolic region of wine country and cute villages featuring classic Viennese Heurigen - rustic taverns where fizzy young wine, usually made by the owner, is served (usually along with hearty local fare and occasionally a few notes of folk music) in courtyards, gardens, or back patios overlooking vineyards. One town, Stammersdorf (above), produces together with neighbouring Strebersdorf nearly a third of all Viennese regional wine, and is home to some of the most authentic Heurigen (cetainly more so than the more touristified scene in better known towns such as Grinzing), many of them along a cobblestone street called Kellergasse. It's also easily accessible without a car; hop on tram 31 from Schottenring U-Bahn station or tram 30 from Floridsdorf station, and you're there in just over a half hour.

It goes without saying that while Vienna boasts in addition to the biggie at Schönbrunn a glorious roster of other eagerly anticipated annual summertime concerts, as well as festivals and other events - much of which was massively thrown off by the pandemic, with some in 2020 being postponed and others cancelled. But here are some of the top events to look for this summer:

From mid-May through most of June, Austria's biggest cultural festival (above) brings some 180,000 spectators into town for an eclectic mix of live contemporary music, theatre performances, and art exhibitions - many free of charge - as well of course as rocking opening and closing parties, also kostenlos (gratis).

The main cultural institution in the abovementioned Spittelberg quarter, this open-air covered theater runs an enticing schedule of different genres of Austrian and world music as well as cabaret acts, theatre works, comedy shows, and kids' fare from June through September.

Over the course of three days - usually around the end of June but this year 17-19 September - some three million people flock to Donauinsel to turn it into one huge, free-of-charge outdoor party, with dozens of pop stars performing and radio stations spinning tunes, along with plenty of beer and street food.

Considered one of the world's premier jazz festivals, Jazz Fest is held in various venues over the course of more than two weeks in late June and early July (this year 23 June-11 July), and has since its founding in 1991 attracted legendary names such as Dizzy Gillespie, Miles Davis, Herbie Hancock, Natalie Cole, Dave Brubeck, and Liza Minnelli in addition to showcasing new and exciting talents in the world of jazz. It's marking its 30th anniversary this year with a lineup expected to be stellar but still being finalised as of this writing.

The Museum Quarter's main square, Museumsplatz, is the site of this free-of-charge summer cinema series each Friday and Saturday at dusk from mid-July through August, screening Austrian and international fare such as (in 2019) the documentary Talking About Trees (about filmmakers in Sudan), Rubber (a 2010 satirical horror film from France), The Glass Bottom Boat (a 1966 U.S. comedy starring Doris Day, Rod Taylor, and Arthur Godfrey), Jessica Forever (dystopian French science fiction from 2018), and Kinder der Toten (Children of the Dead, a 2019 Austrian horror movie). The festival was cancelled last year, and the 2021 lineup still hasn't been finalised yet.

From the end of May through early October, lovers of art, design, and architecture from across Europe and beyond are expected to again flock to this biannual extravaganza - the first of its kind to combine all three areas, founded in 2006. This year the theme is "Planet Love: Climate Care in the Digital Age", and exhibitions/events will be spread out across various of the city's cultural institutions, including the Kunsthalle Wien, the MAK (Museum of Applied Arts), and the Architekturzentrum Wien.