Sri Lanka's Beaches Are the Best in the Indian Ocean 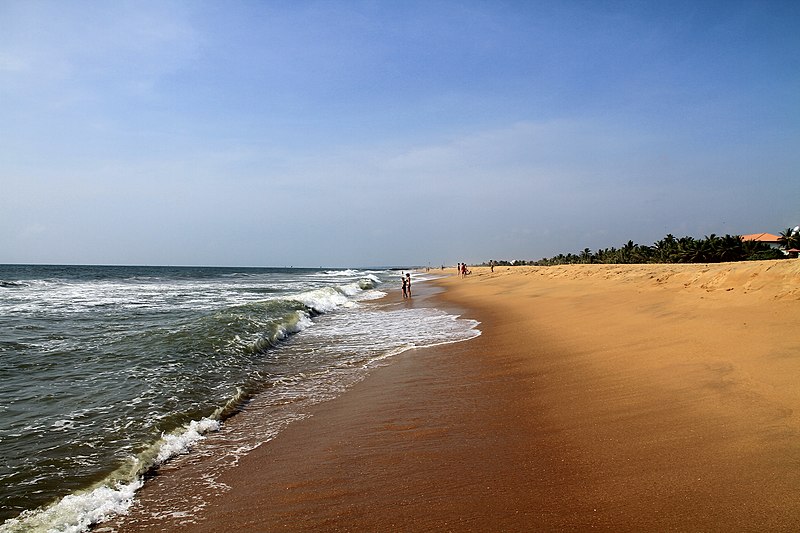 This island country south of India is a year-round destination which is home to stunning yet affordable beach resorts, and among other things offering fabulous sandy beaches and some of the most exciting surf in the Indian Ocean. These beaches range from buzzing to deserted, sprinkled with fishing villages and coconut groves or backed by national parks. Some are good for swimming, others best for surfing or diving. There are turtle nesting grounds and coral reefs with multi-coloured fish. Once out of bounds due to ethnic unrest Sri Lanka's east coast welcomes increasing numbers of visitors (still, always check the political situation prior to travel).

Sri Lanka has two monsoons: April to October on the south west coast up to Colombo, November to January on the east coast. There’s still plenty of sunshine during the monsoon, but seas can be rough and humidity high. Strong currents may occur in some areas and it’s always wise to follow local advice.

Relax in Negombo and Bentota on the West Coast

Close to the Colombo airport, Negombo (above) is a resort area with sweeping sands from bustling to uncrowded; restaurants serving lobster, prawns and seer fish; and a variety of hotels from budget to luxury hotels. You can watch local folks fishing on the lagoon in traditional dug-out canoes or hire a bike to cycle along the canals, built centuries ago by the Dutch who came for the spice trade.

Farther south, Bentota offers fine sands and usually safe swimming, wind surfing and other sports on the lagoon at the mouth of the Bentota river and quiet spaced out hotels, most scenic on the long peninsula between river and ocean. Nearby attractions include the Kosgoda turtle hatchery, the mask museum and traditional dance in Ambalangoda and the surfing beach of Hikkaduwa.

The Southern Beaches of Unawatuna and Tangalle


Just five kilometers south of Galle, Unawatuna's golden sands (above) are sheltered by a coral reef, said to harbour more marine species than the Great Barrier Reef. You can surf in some areas and dive to explore reef and wrecks. Fishermen perched on stilts can still be spotted along the coast.

Tangalle Bay has enticing blue waters and pinkish sands, but the safest beaches are out of town. Small villages doze under the coconut palms and deserted beaches offer an authentic tropical paradise. Tangalle has a colourful market, fishing port and remnants of its colonial past. A short drive to the north is the stunning rock temple of Mulgirigalla and to the east the Uda Walawe National Park where wild elephants roam undisturbed. Trincomalee is known for its deep water natural harbour, one of the best in the world. The finest beaches are in the fishing villages of Uppuveli and Nilaveli, on a coast popular for surfing, scuba diving and whale watching. Close by are hot springs, bird and wildlife sanctuaries and Pigeon Island, home to the rare blue rock pigeons.

Arugam Bay calls itself "the end of the road," favoured by backpackers and acknowledged as among the top ten surfing spots in the world (above). Surfing is best between May and October, with the biggest waves off Arugam Point. This area is also a great place to see wildlife - for example crocodiles in the nearby lagoon and leopards in the Yala East National Park.