6 of the Best Authentic Dishes to Try in South Africa 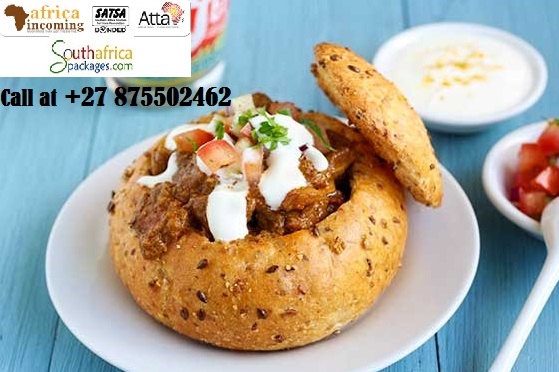 Whether they're here on a honeymoon tour or for any other reason, the Rainbow Nation in addition to history, culture, and safaris as well as other ecotourism sweetens visitors' experiences with its own unique cuisine, the legacy of African, Dutch, English, French, Indian, and Malay influences over the centuries. Here are a half dozen not to miss:

South Africa's most famous dish (top) originated in the city of Durban's Indian community in the 1940s and has been gradually finding its way beyond the country's borders. Eaten with the hands, basically it's a loaf of crusty bread stuffed with spicy curry in chicken, pork, lamb, or vegetarian varieties, and topped with lentils and other beans. 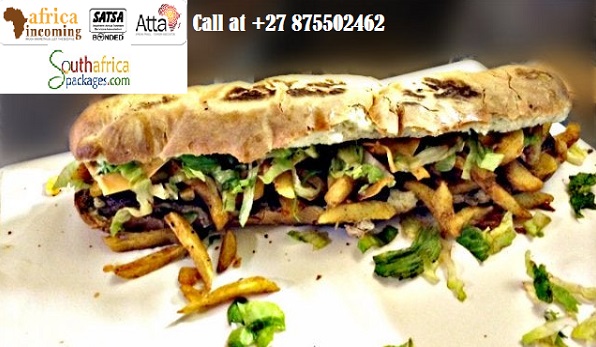 Especially popular in Cape Town and the Western Cape, it's a submarine sandwich filled with chips (french fries) along with a variety of other ingredients such as fried fish, calamari, chicken, eggs, sausages, or masala steak, bathed in a pepper-based sauce. 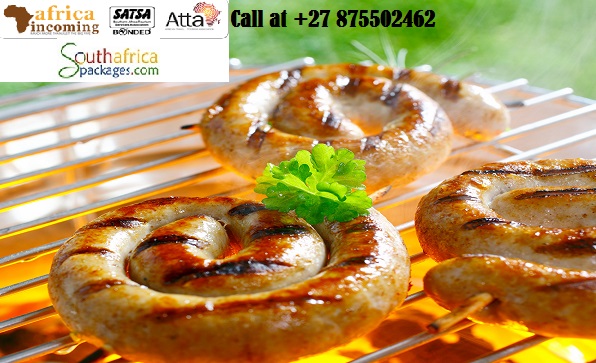 
A meat lovers' favourite, this coiled, charcoal-grilledsausage is made primarily from beef, usually with some lamb and/or pork mixed in, seasoned with toasted corander seed, black pepper, nutmeg, cloves, and allspice. A juicy and delicious addition to your South Africa holiday! 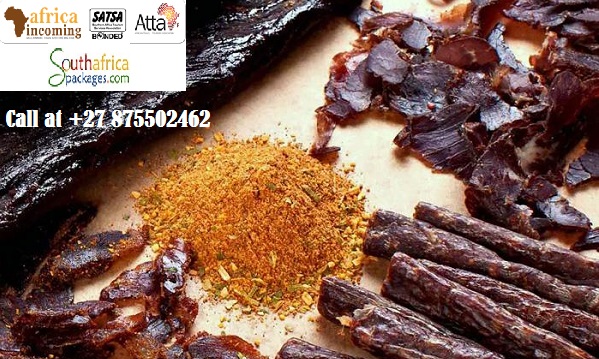 Dating back to the days when there were no refrigerators to preserve food, biltong is a dry-cured jerky made from beef or springbok (a type of antelope) and droewors are air-dried sausages based on the boerewor but with a higher beef content; they're coated in a mixture of vinegar and spices such as coriander and pepper are coated and then left to dry. 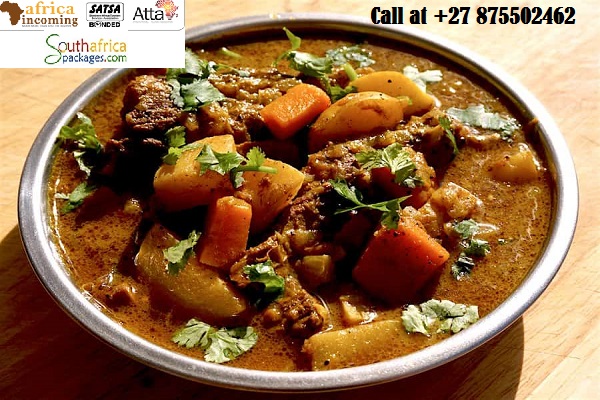 Back in the 17th century, the Dutch and the French were importing slaves to the Western Cape and Cape Town from Indonesia, India, Malaysia, and Madagascar. They brought their traditional cooking along with exotic spices as cinnamon, saffron, turmeric and chili, giving rise to boldly flavoured Cape Malay cuisine, of which Cape Malay curry is the best known example. Made with chicken or beef, the seasonings in this curry are a blend of sweet (cinammon, ginger, dried fruit such as apricots) and savoury (garlic, onions, cumin). 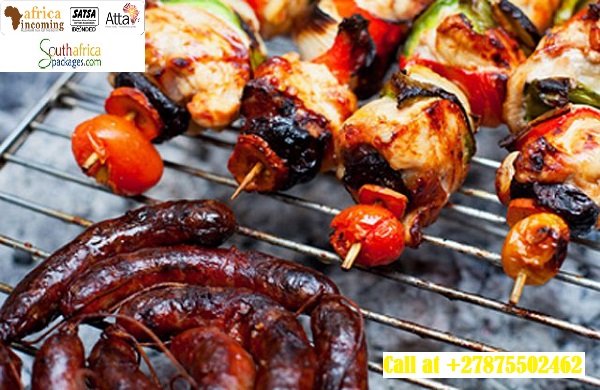