Beyond the Taj Mahal: 6 Things About/Places in Agra, India You May Not Know 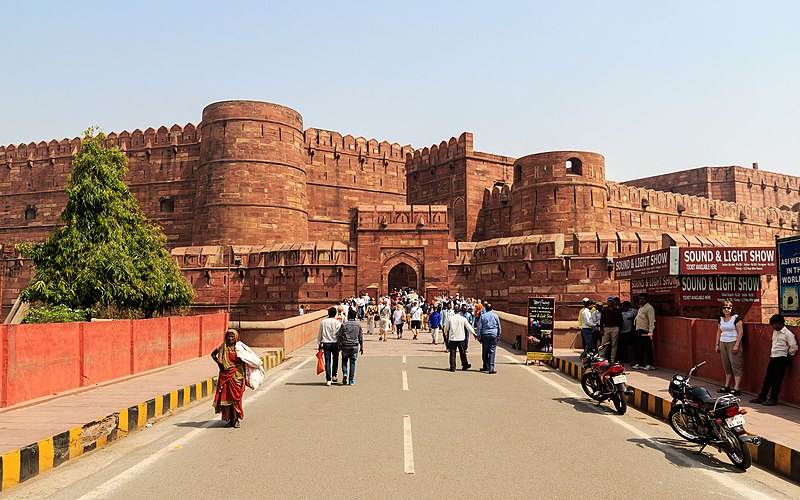 
We all identify Agra with the Taj Mahal. But this city of 1.6 million in Uttar Pradesh state noted for its monumental buildings of 16th and 17th century when it was the capital of the Muslim Mughal (aka Mogul) Empire is far more than that. For example, here are five things that make Agra an extraordinary place to visit beyong to the Taj:

• Agra boasts three UNESCO World Heritage Sites: in addition to the Taj, there is also the mid-16th-century Agra Fort, a 38-hectare walled city (above), and Fatehpur Sikri, a town within Agra municipality that way the actual Mughal capital from 1571 to 1585. All three have been featured one of Arthur Canon Doyle’s famous Sherlock Holmes mysteries, The Sign of Four.


• Have you ever heard of the "Baby Taj"? It's the early-17th-century mausoleum of Mirza Ghiyas Beg (also known by his title I'timād-ud-Daulah), the Persian-born vizier of the Mughal emperor Shah Jahan (for whom the Taj Mahal was built). His tomb was the first monument built in white marble, and was completed in 1628, four years before the construction of the Taj Mahal was started - thus the nickname "Baby Taj."

• You've heard the phrase “digging your own grave”. But for Shah Jahan's prime minister Allama Afzal Khan Mullah actually put this into practice, commissioning his own eventual tomb in Indo-Persian style in 1635. Called Chini ka Rauza, it's especially known for the glazed tilework of its façade.

• Would you believe plates that shatter if poisoned food is placed on them? These are just one example of the impressive items - including paintings, calligraphy, coins, and documents - displayed at the Agra Museum located in the Taj Mahal gardens.

• Legend has it that after the Taj Mahal was completed, the hands of its 20,000 labourers were cut off, and its architects similarly mutilated, so that they could never construct such an architectural marvel again - but there is no evidence to support this. In any case many of them lived in and around the bazaar complex off the Taj's southern entrance gate known as Taj Ganj, and these days this area is also a major centre for Agra budget accommodations.


• Another beautiful but lesser known Agra sites is Sikandra, the early-17th-century tomb of Shah Jahan's grandfather Akbar the Great, built on 119 acres of grounds northwest of the city centre. It's made mostly of sandstone, with decoration etched in marble.

Book a budget hotel in Agra today to get to explore these marvelous places!