The United Kingdom is Europe's fourth-most visited countries, and has a very different vibe from majority of the countries on the continent. Luxury, royalty, and other like factors define the hospitality in this nation. Here are some of the magnificent hotels in UK to witness these wonderful traditions.

One of the top hotels in the U.K., the Palace (top) is serenely situated in the city of Inverness on the banks of the River Ness across from the Castle Inverness, with the city centre just a few minutes' stroll away. Occupying a baronial-style pile built in 1890, its two period properties are complemented by modern cottages; there are 109 rooms, both classic and contemporary, as well as period riverview and castleview rooms. Dining options include the Brasserie & Bar and the Eight on the River restaurant, while on the leisure side there's a 50-foot swimming pool, steam room, jacuzzi, and sauna. Wifi and car parking are among the other facilities provided. 8 Ness Walk.

Located on Edinburgh's 14th-century market square Grassmarket, this modern-style property has rooms with great views of Edinburgh Castle and is also convenient to other top attractions such as the Royal Mile and Greyfriars Kirkyard. Each room - a choice of deluxe and family - features a 42-inch LCD TV and attached bathrooms with sophisticated Elemis toiletries. The property features a swimming pool and a Technogym fitness studio, as well as tasty treats at the in-house Metro Brasserie. 31-35 Grassmarket. 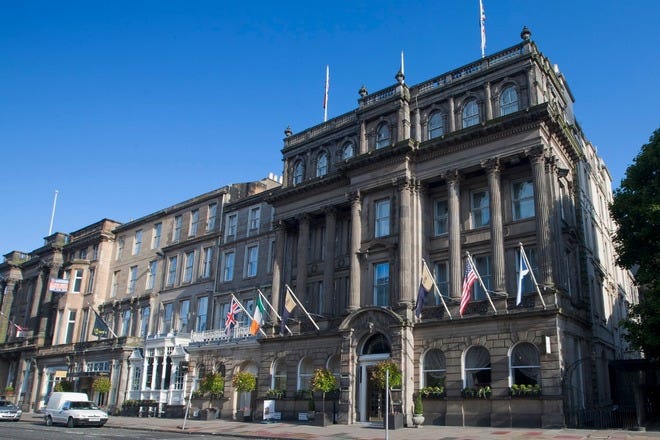 A 15-minute stroll from the Grassmarket on George Street, the main thoroughfare of Edinburgh's late-18th- and early-19th-century district, this respected 138-year-old property - the top honoree at the 2017 Scottish Hotel Awards - is housed in a quintet of 244-year-old Georgian townhouses. Its luxurious interior is appointed in oak, marble and leather and a colour scheme inspired by the Scottish landscape painters of 19th century. Onsite amenities include a restaurant/bar serving seasonal Scottish products; a coffee shop; and a gym, as well as high-speed WiFi. 19-21 George Street. 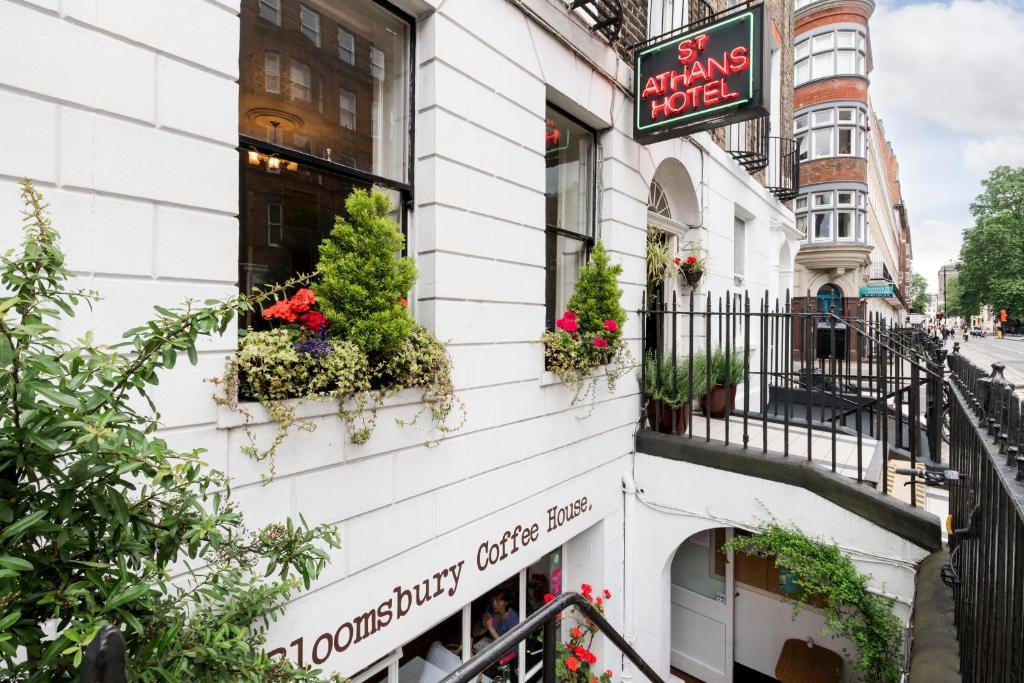 Moving down to England and central London, this eco-friendly, 60-room accommodation in fashionable Bloomsbury is the most affordable option on this list, a family-run bed-and-breakfast occupying several 200-year-old Georgian townhouse on Russell Square. Its rooms small and simply but elegantly appointed and with charmingly quirky details, the property also welcomes pets, includes WiFi, and features the onsite Bloomsbury Coffee House. Major attractions within walking distance include the British Museum, Covent Garden, the University of London, and the new British Library.  20 Tavistock Place.