Charming Rüdesheim, on Germany's Rhine: In the Footsteps of...Elvis? 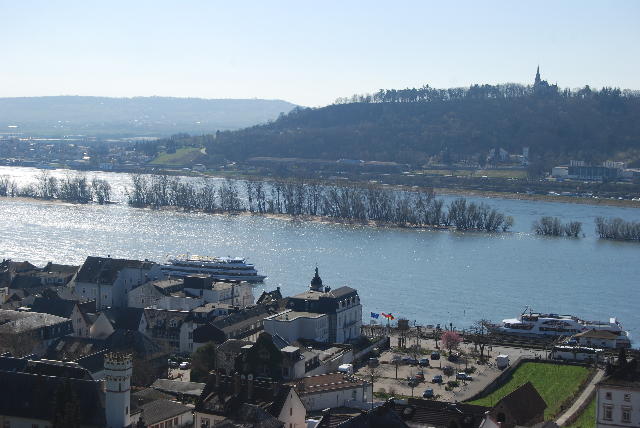 With a population of around 10,000, Rüdesheim am Rhein is a winemaking town in the fabled Rheingau scenic and wine region, and less than an hour's drive from Frankfurt. Our river-cruise ship docked here where a land train - which Germans call by the delightful name of Bummelzug - picked us up and took us to Siegfried's Mechanical Music Cabinet. This is one of the quirkiest, amusing and entertaining museums I’ve been in for a long time. Mainly it exhibits pianolas and barrel organs, which produce the kind of music I’ve come to associate with Germany. 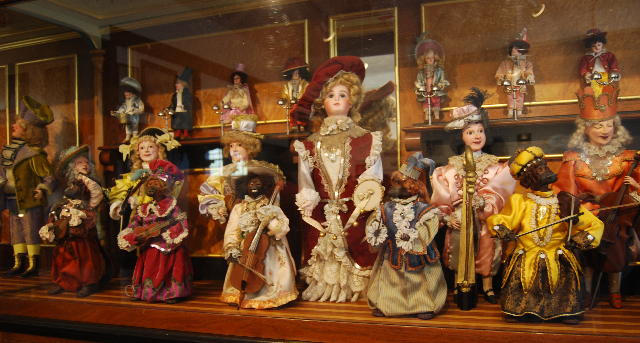 And about that Elvis Presley connection? Readers of a certain age may remember the 1960 musical comedy G.I.Blues, where Elvis stepped in to rescue the man with the puppet show, after his barrel organ broke down. I’m wondering if this was filmed at Rüdesheim? 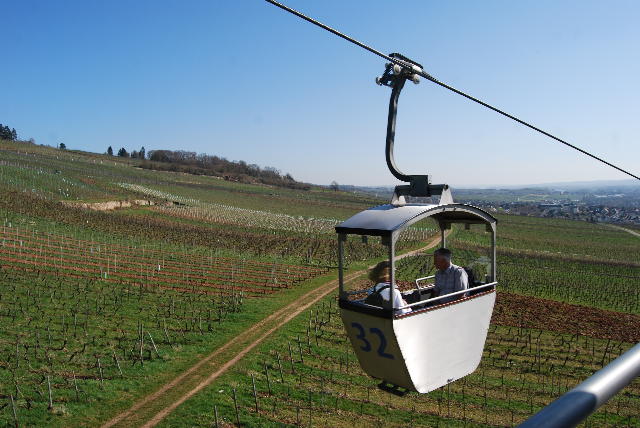 But another location is in no doubt. Just a short way down the street is the bottom station of the cable car Elvis rode with Juliet Prowse. Even without the "Elvis connection", it has to be ridden, to sweep you high over the extensive vineyards and give super views of the River Rhine. At the top station, it's a short walk to the Germania statue (which we didn't bother with - the ride was enough). We rode in Car No. 74; Elvis used No. 76. If we’d arrived at the bottom station a couple of minutes later, we could (assuming the cars are arranged in numerical order) have really been on "holy ground"!

Now, my mental picture of Rüdesheim had been of people quaffing wine in the sunshine, in an open air wine bar, festooned with vine leaves. Maybe, though, we came a bit too early in the year? 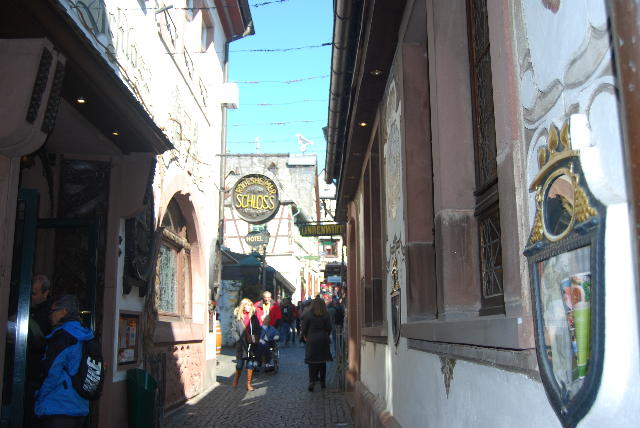 The town's famed, cobblestone Drosselgasse (Thrush Lane, above) proved to be a bit of a disappointment, too - more like a narrow, rather dark alley - and there are much better wine bars on the main street. Regardless, you can’t leave Rüdesheim without drinking at least one glass of Riesling.

We were also tempted to try a Rüdesheimer Kaffee; coffee made with brandy and a sinful amount of cream. We recalled staying at a nearby campsite in the 1970s, and an attempt at trying to make this confection using Nescafé Gold Blend and squirty cream. Before we could add the brandy, though, the gent in the next tent produced a bottle of Asbach brandy, and told us it was the only one to be considered when making this drink. However, back in those days, I couldn’t even spell cholesterol, nowadays, I have to be careful with it, so settled for a small ice cream instead.

Other Rüdesheim musts include medieval Brömserburg Castle, also home to a wine museum, and the also medieval Klunhardshof, once home to a prominent local family. All part of a delightful port of call that also makes a marvelous day trip or overnight out of Frankfurt.