Rooms with a View in Tuscany Driving up the Tuscan mountain was like being on an amusement park ride...a mixture of fear and exhilaration, as I maneuvered treacherous hairpin curves and dodged speedy Italian drivers coming towards me. The road ended at the top of the mountain, in a village called Coreglia Antelminelli. I was spellbound.

The entrance to the village is through a large stone arch, and the cobblestone roads are for foot traffic only. I followed the stone lane into the piazza and walked alla destra, alla sinistra (right, then left) to my cottage, a.k.a Casina di Coreglia. The cottage is adjacent to the bell tower of Chiesa San Michele, a church built in the 11th century. 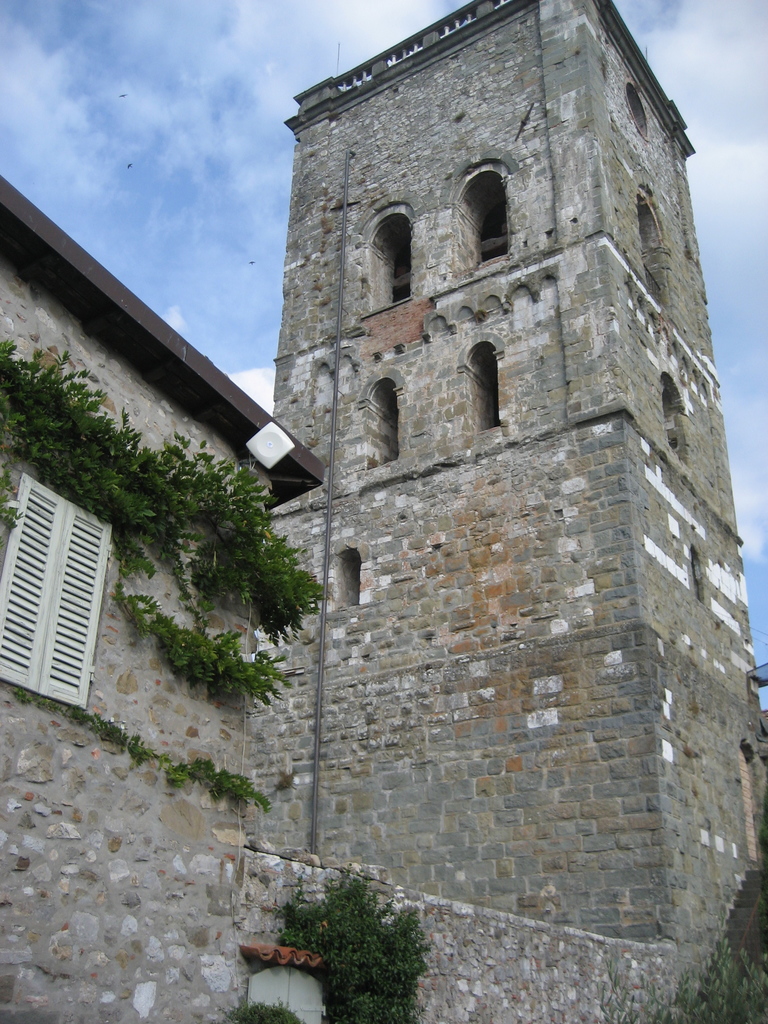 Originally an animal stable for the church, the cottage was made into a residence in 1834, and renovated into its current state in the 1990's by an Englishman with a fondness for (go figure) Tuscany and Egypt. (He renovated another villa down the mountain and actually had the walls painted with Egyptian hieroglyphs.)

I am welcomed by a small Madonna in the wall at the opening into my courtyard. I retrieve the key from the little metal box next to the door, and let myself in to my idyllic home for the week. Each room of the cottage is on a different level, as the terra cotta floors align themselves with the incline of the mountain they sit on. Rosy light washes the amber walls, and french doors in each and every room open to the spectacular view of the mountains. I can see the magnificent Tuscan landscape whether sitting at the scrubbed pine table in the dining room, curled up in the perfect bergere' chair in the living room, or tucked into the crisp white linens in the walnut framed bed. A sight that, when recalled, will forever conjure up a sense of calm. 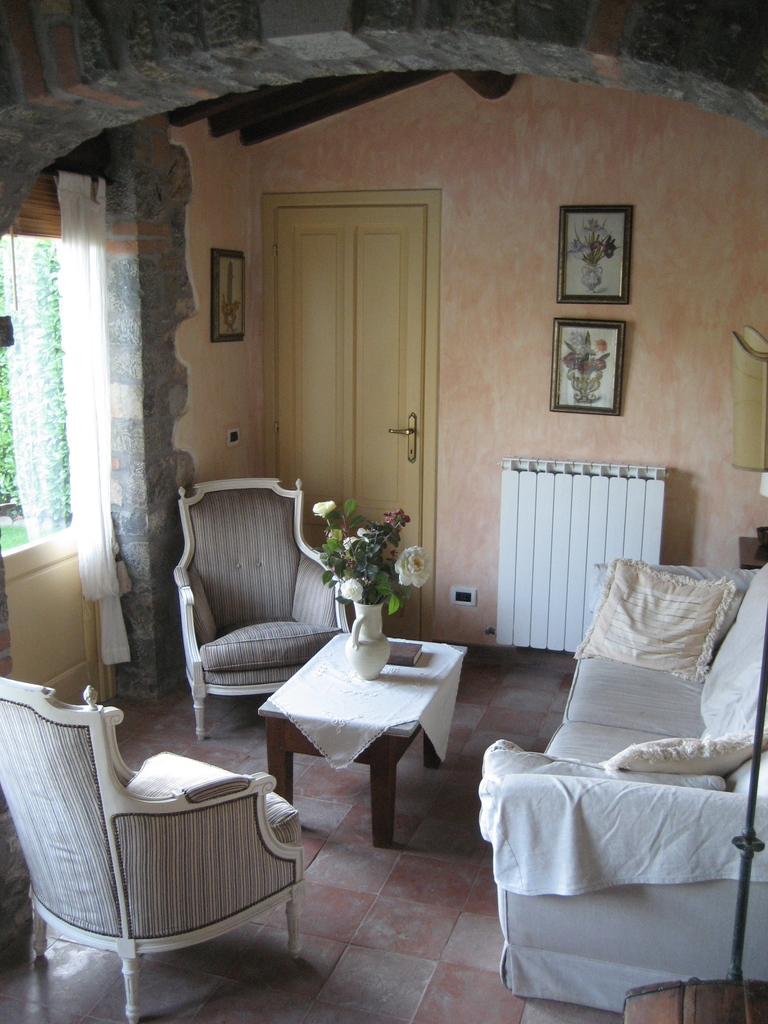 In the first couple days I ambitiously explored Tuscany, driving down the mountain to the marble workshops at Pietrasanta, the massive mountain quarries in Carrara, the charming walled village of Lucca, the beach at Forte dei Marmi.

It was all very fascinating , but it wasn't long before I realized that where I really wanted to be was simply at "home"...the french doors thrown open, watching the light change over the magnificent landscape, as the toll of the church bells marked the passage of each hour of each glorious day. 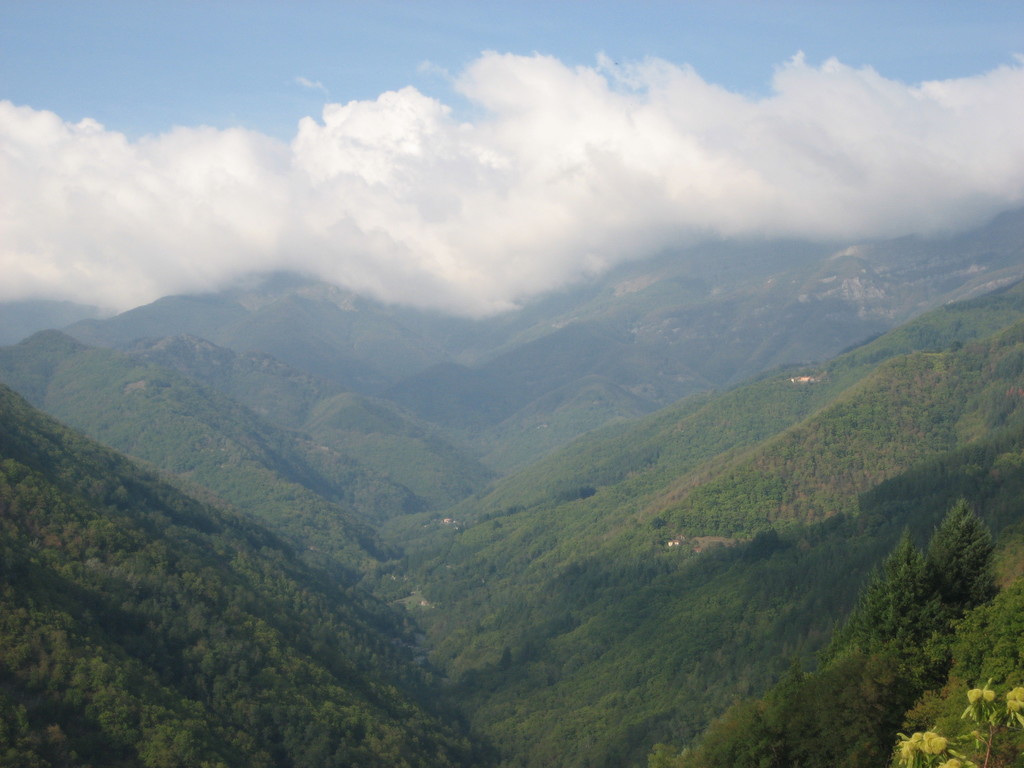