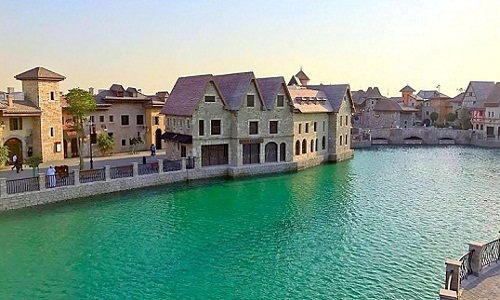 The United Arab Emirates - and in particular Dubai - attract more than more than 21 million vacationers per year (quite a few honeymooners among them) - with a rich diversity of sometimes astounding offerings - much of them modern and man-made - and a more liberal atmosphere than in much of the rest of the Middle East (though, for example, women should still take care to dress "modestly," in attire that covers their knees).

Attractions include magnificent skyscrapers like Burj Khalifa (currently the world’s tallest tower); the dazzling choreographed Dubai Fountain; excellent biodiversity at Ras Al Khor Wildlife Sanctuary; Dubai Frame, a bridge to past and present; the artificial archipelago Palm Islands; sun-drenched Jumeira Beach; and many more. And since 2016 another remarkable manmade attraction has been Riverland, a free-of-charge zone people cross to get to the Polynesian-themed Lapita Hotel, Bollywood Park, Hollywood-inspire theme park Motiongate, and Legoland Dubai. Divided into four areas - the French Village, India Gate, the Boardwalk and the Peninsula - linked by artificial rivers and canals, Riverland provides a look at the world beyond Dubai's native Arabian Gulf culture. 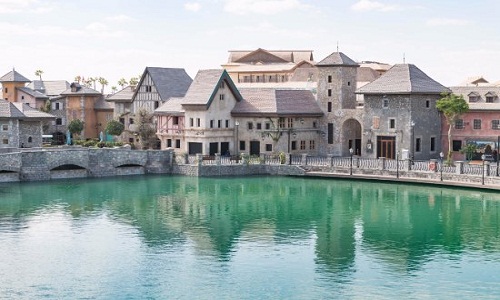 
Built in the style of a 16th-century town in France, this zone has a working water wheel as a prominent attraction here, and visitors treading the cobblestones can also watch street performers and avail themselves of shopping and dining options including Pascal Tepper French Bakery, a bistro which also serves mouthwatering delicacies that aren't baked goods. 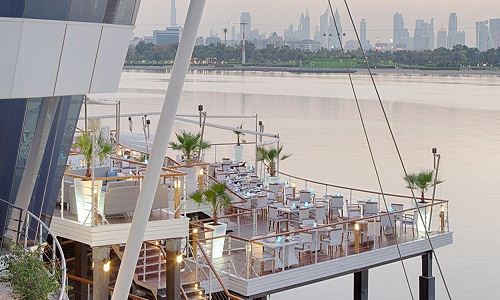 
Designed in the "midcentury" (1950s) style of the USA, embellished with palm trees and neon signage, this is a mix of both urban and rural zones, known especially for its live entertainment and various scrumptious eateries serving classic U.S. fare, such as TGI Friday's and Famous Dave's barbecue. It's especially a haven for families, with a variety of exciting activities which will keep kids engaged and free up parents to enjoy quality time on their own. 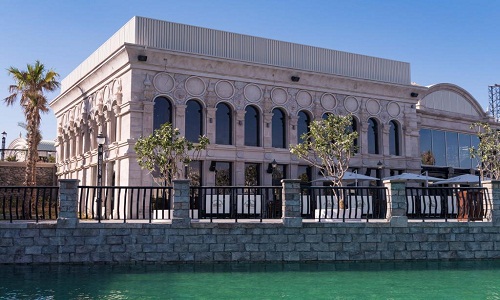 
One of the most important zones in Riverland is a pastiche of 19th-century Europe. Among its shops and dining, there's a "kid-friendly" zone featuring a store specializing in toys and games, Notable spots for grownups include The Irish Village, a two-story space filled with bric-a-brac and great for a pint of Guinness and a hearty Irish stew. Plenty of international festivals are held in Peninsula Plaza throughout the year. 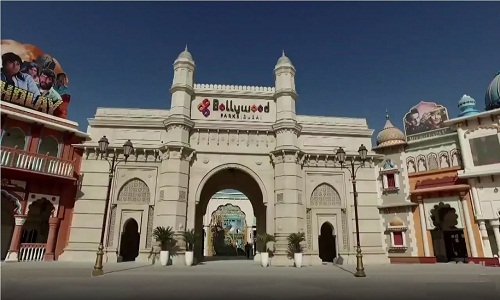 At the entrance to Bollywood Park, India Gate (including a recreation of the famous original in Mumbai/Bombay) celebrates the architecture of the British Raj of the 1920s, with features including eye-catching sculptures such as a massive pair of henna-decorated hands. Visitors who love Indian food are welcomed to restaurants such as Indian-fusion Bol Gappa.