Observations on Our Long Experience in River Cruising We’ve cruised on some of the world’s great rivers; the Nile, Australia’s Murray and China’s Yangtze - and, most recently, on the Danube and the Rhine. They’re as different to each other as river cruising is to ocean cruising; there’s just no comparison.

Even the ships are different. The Murray Princess was a stern-wheel paddle boat, the Egyptian boats usually have internal paddle wheels, and were reputed to be able to sail on a heavy dew. Our European ship had external, steerable pods; whether or not this is general, I can’t say. 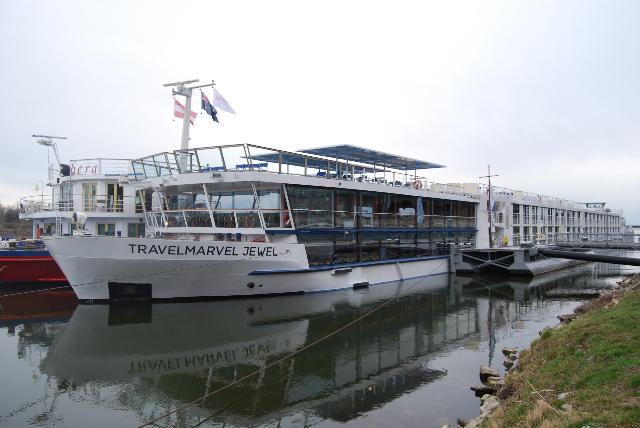 One thing most of the European ships have in common is they’re mainly low, slim and long, carrying no more than 100-150 passengers. They’re restricted in height because of the bridges they have to negotiate, and in beam because of the locks they frequently encounter.

One main difference between the river and ocean cruises is that the river cruises are fairly port-intensive. There’s usually a stop every day, and often, the day’s excursion is included in your fare. There’s also plenty of time in which to do your own thing, or maybe take part in some of the ‘optional extra’ excursions on offer.

The rest of the time you can just sit on the deck, or in the lounge, and watch the scenery glide past. You can even sit in your own cabin, for all cabins have windows. 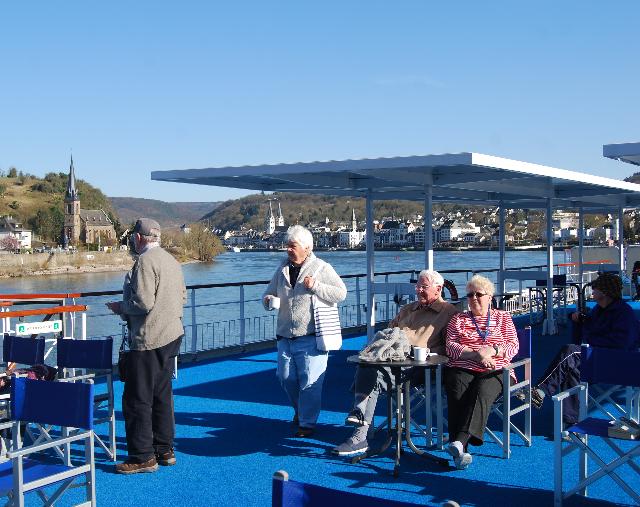 Another difference is that it’s not such a disaster if you miss your ship; like a cruise ship, the river boat has a schedule to keep, usually involving lock booking times. It might be possible to get a train or a bus to your next stop. Indeed, one guide told us how he’d once put his clients in a taxi, and they caught the ship at the next lock, only about five kilometres away.

Our cruise on the Travelmarvel Jewel started at Budapest and sailed all the way to Amsterdam. Before 1992, this wouldn’t have been possible, for, on that date, the Rhine-Main-Danube canal was completed, and, for the first time, boats could sail over the watershed dividing the Danube from the Rhine/Main. 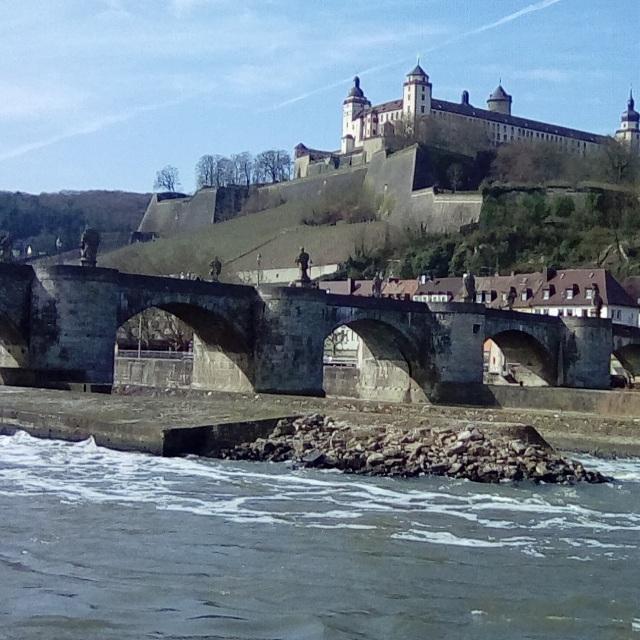 So we visited a lot of places and experienced a lot of things. I was expecting a sort of waterborne ‘If this is Tuesday, this must be Belgium’ coach tour. But things happened at far too leisurely a pace for that, although we did have to make careful notes, so that we could differentiate between one quaint mediaeval town from another afterwards, It does, however, have the distinct advantage over a coach tour, in that you don’t have to unpack every night, and repack every morning.

Ocean cruisers will notice a difference at dinner time. You can sit where you like, instead of having a table assigned to you, with the same table-mates all the time. The dress is always ‘smart casual’, even at the captain’s reception, so there’s no need to pack a suit unless you really want to. 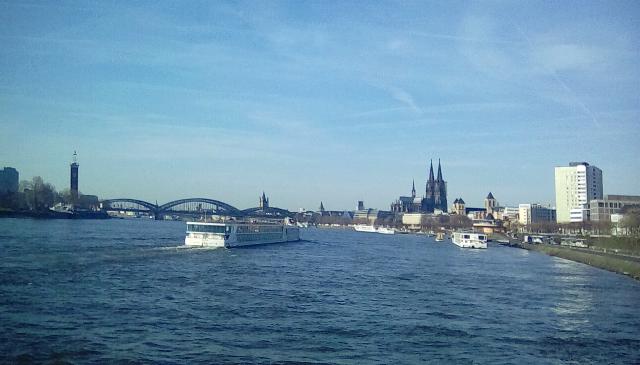 If you asked what the highlight of the trip was, it’s probable that each passenger would come up with a different answer. For me, it was the cruise through the Rhine Gorge, sitting on the top deck in the sun and checking off the castles we passed … one on every other headland, it seemed … on the list we’d been given. On this stretch, we also sailed by the famous (or infamous) Lorelei Rock. This part of the river features in many a TV commercial advertising river cruises, so it would seem the cruise people think it’s the highlight, too.