On arrival at Indira Gandhi International Airport, New Delhi, you will be greeted by our representative who will transfer you to the hotel, explain and handover all the travel related documents, and further assist you in check in at the hotel. Overnight stay at the hotel in New Delhi.

Early breakfast and transfer to the railway station to board 01st Air-conditioned sleeper class day train. Our representative will assist you in boarding the train with your baggage. He will make you comfortable on your designated berth with water and some fruits. He will advise you on the journey and where to get off. The train attendant will assist you in de-boarding at Sawai Madhopur Railway Station.

Our representative will receive you at the railway station with your name card, assist you with your baggage and transfer you to the resort. Check in at the resort. Lunch and proceed for the afternoon game drive. Dinner and overnight at the resort n Ranthambhore.. 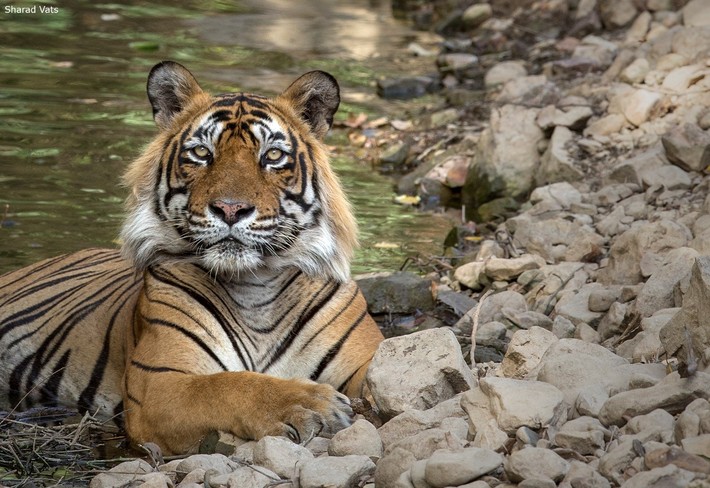 Ranthambhore, with an area of 400 sq. km encompassing rocky hill crests which descend to open valleys between the Aravalli and Vindhya ranges, dotted with water pools and fruit trees, gets its name from the thousand-year-old fortress, which looms above the forest. Well known for the diurnal activity of tigers, Ranthambhore is a very special and unusual area where a natural present meets a historical past. The elusive Leopard and Tigers are found in this reserve with tourists standing a very good chance of seeing tigers during the safaris.

Ranthambhore is rich in bird life with around 300 species of birds. Dotted across the landscape are the crumbling ruins of its past glory, be it chatris or cupolas, like palaces or old guard posts, all of which reinforce the magical and ethereal quality of this great wilderness.

Early breakfast and transfer to the New Delhi Airport in the morning to board a flight to Raipur. Met at the airport and drive to Kanha National Park. On arrival check into the Resort. After lunch go for afternoon jeep safari to the national park. Dinner and overnight stay at the resort. 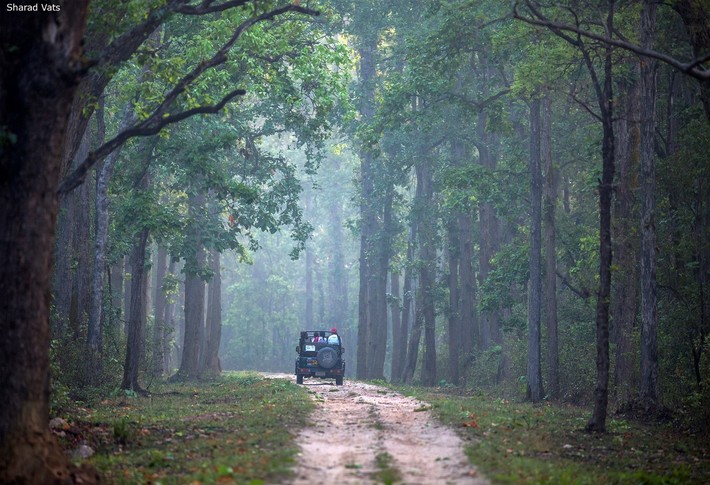 By a special statute in 1955, Kanha National Park came into being. Since then, a string of stringent conservation programs has been launched, for the overall protection of the park’s fauna and flora. Kanha boasts of about 38 species of mammals. Some of the inhabitants of this park are the Gaur, the largest of the world’s cattle; the Sambar, the largest Indian Deer; and the Chausingha, the only four-horned Antelope in the world. Other frequent visitors include the Nilgai Antelope, the Sloth Bear, the Dhole, or Indian Wild Dog, and an occasional Leopard. Some 300 species of birds inhabit the park, that includes the storks, egrets, black ibis, raptors, owls, and the red-wattled lapwings.

Morning jeep safari to the national park. Lunch and depart for Bandhavgarh. On arrival, check into the Lodge. Dinner and overnight at the resort.

All meals at the resort. Morning and afternoon jeep safari to the national park. Overnight stay at the resort in bandhavgarh.

Bandhavgarh: The national park is mainly known for the density of its tiger population. This is the place where famous White Tigers of Rewa were discovered. The other wild attractions in the park include Leopards, Blue Bulls, Indian Gaur (Bison), Chausingha (Four Horned Antelopes), Spotted Deer, Sambar Deer, Wild Boar, Sloth Bears Fox, Jackals, Wild Dogs, etc. There are at least 22 mammal species and about 250 bird species in the Park. The other animals found in Bandhavgarh are Ratel, Porcupine, Small Indian Civet, Palm Squirrel, Lesser Bandicoot rat, the Jungle Cat, and the shy Hyenas. The reptile population in the park includes Cobras, Kraits, Vipers, Rat snakes, Pythons, Monitor Lizards and turtles. The two-primate species – the rhesus macaque and the Hanuman langur – inhabit Bandhavgarh. 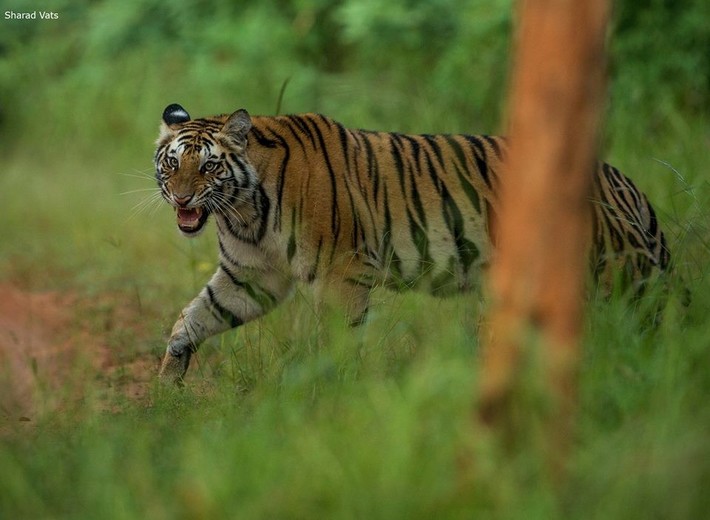 Bandhavgarh has been a center of human activity and settlement for over 2000 years, and there are references to it in the ancient books, the Narad-Panch Ratra and the Shiva Purana. The oldest sign of habitation in the park are caves dug into the sandstone to the north of the fort. Several contain Brahmi inscriptions dating from the 1st century B.C. Various dynasties have ruled the fort, for example, the Maghas from the 1st century A.D., the Vakatakas from the 3rd century A.D., From that time onwards Bandhavgarh was ruled by a succession of dynasties including the Chandela Kings Bandhavgarh became more and more deserted until forest overran the area band it became the royal hunting reserve.

This helped to preserve the forest and its wildlife, although the Maharajas made full use of their rights. At independence, Bandhavgarh remained the private property of the Maharaja until he gave it to the state for the formation of the National Park in 1968. After the park was created poaching and hunting was brought under control and the number of animals rose dramatically. The Tigers in particular prospered and the 1986 extension provided much needed forest to accommodate them. Overnight at the resort.

Morning jeep safari in the park. After lunch drive to Jabalpur Airport to board a flight to New Delhi. Arrive at New Delhi and transfer to hotel. Overnight stay at the hotel.

After breakfast transfer to International airport to board a flight to back home.

Inclusions and exclusion of Ranthambhore, Kanha and Bandhavagrh