The estate, and the gardens were established on the island of Anglesey in 1804, when John Price chose the site for his elegant Georgian house, and started work on the gardens surrounding it. The Price family held the estate until after the First World War, when it was divided and sold to various owners. The house and gardens were acquired by a keen gardener, but shortage of labour and resources meant that it dwindled in size to just a small area around the house, and the rest became overgrown and dilapidated. 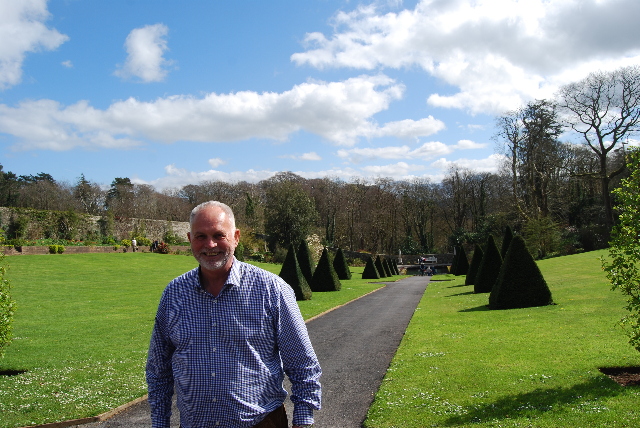 In 1996, the gardens were bought by Anthony Taverner, who set about the painstaking task of restoring them to their former glory. But on Boxing Day 2005, it seemed that all his hard work was undone. A disastrous flood swept away almost all of the garden. ‘There’s been nothing like it since 1804’  we were told. But, neighbours and local farmers rallied round to help, and today, there’s no sign that anything happened here … indeed, there’s nothing to suggest that the gardens lay abandoned and derelict for half a century. 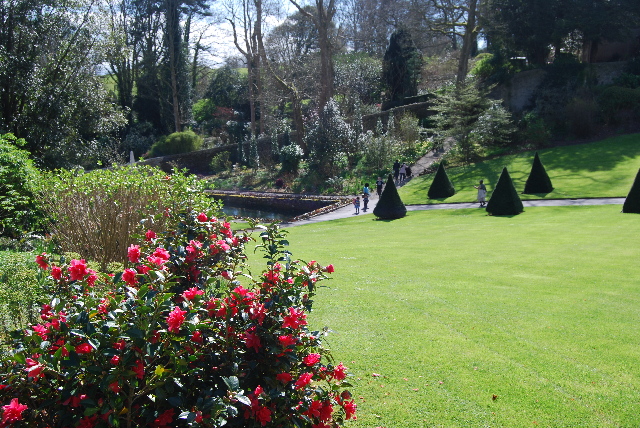 The beautiful garden is divided into two parts. First there’s the formal ‘walled garden’, laid out in the precise geometric style of many a Stately Home. Beyond that, you’re in woodland, sloping down to the River Cadnant, with its picturesque waterfall. There are plenty of exotic plants here, too, but these get gradually fewer and fewer, and eventually give way to natural woodland. There are nearly a mile and a half of paths by which the gardens may be explored, and they’re colour coded to indicate their difficulty or otherwise.