The Top 11 Attractions of Phuket 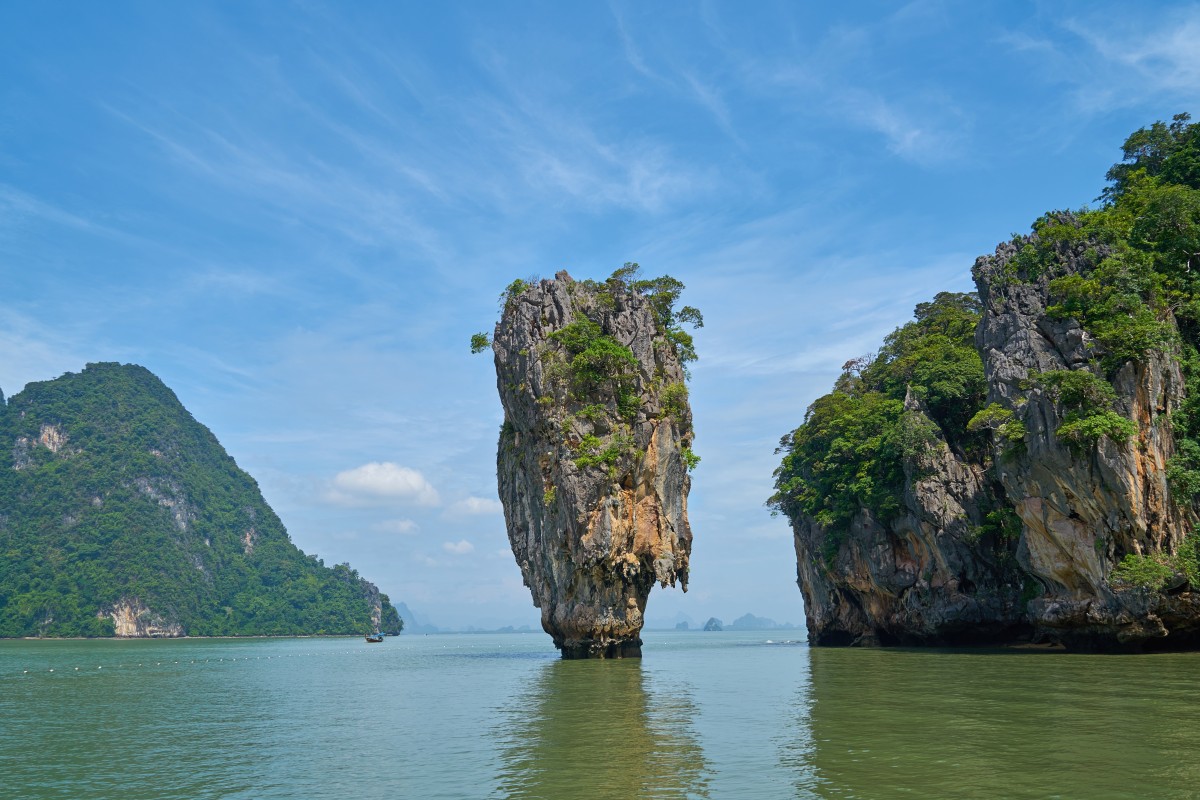 Thailand's most world-famous holiday island is also its biggest - 48 kilometers long and 21 km across - located in the south of the country's west Andaman Sea coast, suspended from the southern tip of Phang Nga Province by a couple of short though generous roadway spans. The most vibrant tourist zones of western Phuket consists of the beaches of Bang Thao, Kamala, Karon, Kata, Laem Sing, Mai Khao, Nai Thon and Nai Yang, Patong, and Surin.


There is a wide assortment of vacation spots, some relatively mellow, other packed by holidaymakers, and Patong in particular is also one of Asia's partying capitals. Southeastern Phuket is where you'll find the alluring, offbeat beaches of Chalong Bay, Cape Panwa, Nai Han, Rawai, and Ya Nui - definitely worth the trek; Chalong Bay is the biggest town here, with Phang Nga Bay used as a harbor for pleasure craft. Elsewhere, meanwhile, you'll find Phuket Town; the town of Bang Rong; the Thalang district; the smaller island of Koh Sire; and Phra Taew National Park, .

To get the most out of this marvelous island, chek out our Phuket five-day itinerary. Thailand is of course a Buddhist society, and this white-marble-covered statue of its central figure in classic lotus meditation pose is a relatively recent addition on Nakkerd Hill in the Chalong district, also home to 29 Buddhist temples (the statue's full name, by the way, is a mouthful: Phra Phutta Ming Mongkol Akenakakiri). It rises 45 meters, and there are thousands of messages written on the white-stone slabs around it.

A unique idea which while popular in other countries is one of the few of its kind in Asia. There are 18 holes and all you have to do is play as you would miniature golf, except with a footbal (soccer ball)! Located in Patong close to the go-karting circuit, its' it's meant mostly for the young and active as well as families with kids, and perfect for a fun-filled day out with friends or family.

If you like your cats big, check out this park in Kathu, south central Phuket, with tigers of different ages and sizes, as well as cheetahs. And you can get up close and personal with them - even feed and pet the younger cubs and take pictures with them. Quite cool!


A laid back getaway just 15 minutes north of Patong, this long, beautiful strand is popular with families and perfect if you're looking for relaxing sun, sand, and sea. Activities include snorkeling, parasailing, and jetskiing, and there are facilities at small beachfront hotels as well as street-food stands (some on the beach, some in the village behind it) and even some low-key nightlife. One of the main non-sandy attractions of Kamala Beach is nighttime cultural theme park with shopping, dining (including a huge buffet) and most especially stage shows mixing culture and tradition, using folk tales, mythology, illusionists, special effects, live elephants, and other acts to tell the story of Thai culture.

Close to the town of Kata, Phuket's second largest beach - five km long and best visited from November through April when the sea is calm and temperatures are pleasant -  is more deserted at its northern end, while along the more southerly stretches you'll find a raft of activities including sea kayaking, windsurfing (regular surfing not so much),  banana boat rides, waterskiing, Jetskiing, and wakeboarding. There are also a good number of shops, eateries, and pubs (some open into the wee hours) on or right adjacent to the sand.


You know how some people have computer wallpaper of beautiful shorelines vivid blue water foaming around dramatic rocks? Such magical scenes about in Phuket, and this overlook atop the island's southernmost hill is one of them, a stunning landscape of rocks, sea, palm trees that's one of Phuket's most photographed spots. Nearby there are restaurants where you can enjoy a good Thai meal with picture-postcard views. Though often overlooked by visitors, Phuket town has a historic quarter filled with traditional Siamese-European architecture that's a legacy of the influence of Portuguese, French, and other European traders as well as the 19th-century tin-mining boom. So for example you'll see typical Portuguese buildings fused with the red and gold of Thai architecture give the place a very eclectic feel. There are also Buddhist temples, pretty little galleries, narrow lanes, and plenty of restaurants and cafés. A delightful and eclectic culturl experience!

North of Phuket Town, Khao Rang Hill is another famous viewpoint, popular with locals for hanging out as well as with visitors for its amazing vistas over the town and surrounding valley and coast (including the Big Buddha). there's a nicely park up here with a traditionally designed viewing terrace, three restaurants/bars, a kids' playground, and Buddhist temple. Another beautiful Phuket beach, on the west coast, Kata can get busy but rarely crowded, and offers a lot of activities and amenities, including snorkeling, shopping, kayaking, surfing (in the off season), massages, eateries, shops - even a nearby operator of elephant rides on local trails.

One of Phuket's most iconic attractions (top), one of the many islands of Phang Nga Bay, its name means "hills leaning against each other" because of its distinctive limestone karst formations, a striking sight against the turquoise. And that 007 moniker - these days more widely used than the original name - comes from the island's appearance in the 1974 film The Man With the Golden Gun, as the hideout for villain Francisco Scaramanga - which of course helped turn it into a major tourist attraction. Boat tours run out to it, and the waters around it are also popular with kayakers.

You can explore more Phuket itineraries here for a memorable trip!