4 Beautiful North India Destinations You May Not Have Heard Of 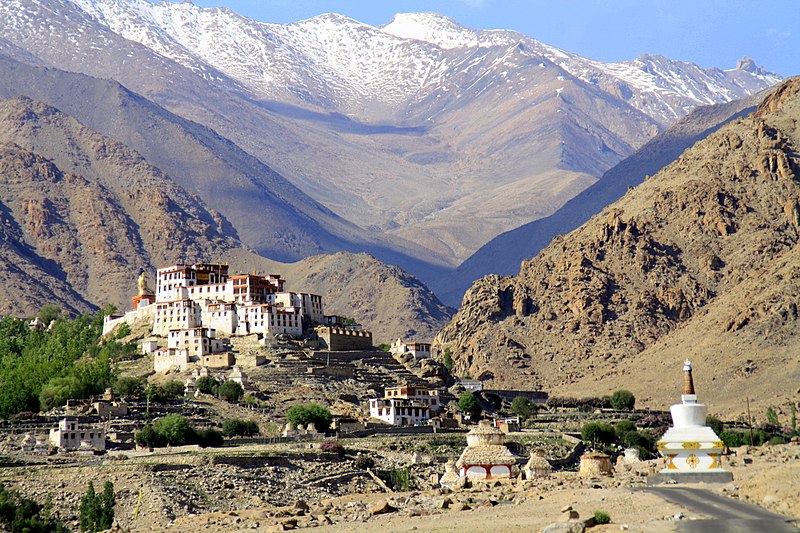 India is geographically abundant and varied, with lush valleys, snow peaks, hills, lakes, green meadows, plateaus, huge deserts as well as beautiful coastlines and also bayous. But some are less well known than others; here are four examples.

A favorite with trekkers and situated in the east of the beautiful state of Jammu and Kashmir, Ladakh lies at an altitude of 2,300 to 5,000 meters up in the Himalayas, presenting a rugged, sometimes harsh but undeniably stunning landscape of majestic mountains dotted with rushing streams, picture-perfect Buddhist gompas and monasteries. Highlights include capital Leh (population around 31,000); the tranquil Shanti Stupa; unique Pangong and Tso Mori Lakes; the cold desert of the Nubra Valley; the Khardung-La mountain pass; the mysterious Magnetic Hill; and atmospheric monasteries such as Thicksey, Lamayuru, Likir (above), and Namgyal Tsemo. 
A small mountainous state in North India, bordering Ladakh, it's also known for trekking and adventure sports as well as skiing. It has picturesque mountain communities, Buddhist monasteries, limpid lakes, plunging river valleys, and snow-covered mountain passes. Top areas include capital Shimla, Manali (dubbed "the Switzerland of India") and nearby Rohtang Pass, Kullu, and Chamba, as well as Khajjiar, the Solang Valley, Palampur, the Dharamsala and Dalhousie areas, and the less-visited Lahaul and also Spiti districts. In Manali and Solang Valley you'll find various adrenaline pumping activities like rafting, paragliding, snowboarding, and zorbing. 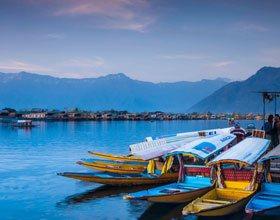 India's northernmost state is reknowned for its stunning beauty, and though tourism has declined in the wake of events surrounding the August 2019 withdrawal of its special autonomous status, it is currently open to tourism  and considered safe for visitors. With a population of more than one million, capital Srinigar is known for its natural environment, gardens, Jhelum River banks, and houseboats, as well as traditional handicrafts and dried fruits. Other prime destinations include Gulmarg, Pahalgam, and Jammu, famous for its own natural splendor as well as spots like the ancient Hindu shrine Vaishno Devi Mandir. Another notable Hindu temple is Amarnath Cave, site of a popular pilgrimage and supplying impressive views of Mount Kailash and various other Himalayan snow peaks. Gulmarg in Kashmir Valley is one of one of the most prominent ski hotel locations in India (and home to the world's highest eco-friendly golf course). Kashmir Valley is located between the Karakoram in the north and the Pir Panjal Variety in the south and west, with Zanskar Array situated in the eastern. Other fantastic experiences include a boat trip on Srinigar's Dal Lake and visiting the picture-perfect hill stations Pahalgam and Sonmarg.

Bordering Himachal Pradesh on its southeast, this also small state, beyond its also spectacular Himalayan scenery, is known as Devbhumi (Land of the Gods) owing to large number of Hindu temples, the best known of which are Badrinath, Kedarnath, Yamunotri, and Gangotri. Uttarakhand is also famous for its splendid hill stations, with the most popular being Almora, Kausani, Mukteshwar, Mussoorie, Nainital, Pithoragarh, Ranikhet, and Auli (the last of which is also a popular winter skiing/snowboarding destination). Nature lovers will also enjoy two UNESCO National Heritage Sites, Nanda Devi National Park, named after India's second largest mountain, and the Valley of Flowers National Forest, with its spectacular meadows full of alpine blossoms. There are a number of trekking routes in this tiny state of Uttarakhand. The gateway to all of this capital Dehradun (pop. 578,000) is celebrated for its basmati rice and picturesque landscapes, and has several interesting temples and museums.

For more information on these and other destinations, - india 9 day tour