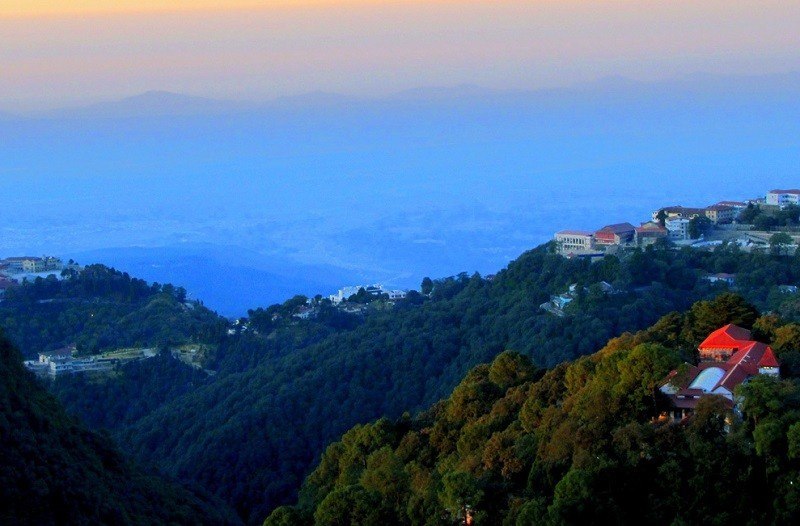 Some 1,880 metres (6,170 feet) up in the foothills of the Himalayas about 4½ hours from New Delhi in Uttarakhand state, Mussoorie was founded in the 1820s by a leiutenant in the British East India Company, and because of its beauty and relatively mild temperatures it became a favourite refuge for Brits administering the Raj. Now with a population of just over 30,000, it's also a popular getaway for Indians. Here are the five top spots - mostly revolving around nature - not to miss up here:


Also referred to as Depot Hill, the highest point locally, it offers mesmerizing views of Badrinath, Kedarnath, Banderpunch, and other Himalayan ranges - and even has a telescope to offer even more impressive views. There's a Victorian-era complex up here which among other things a camp of the Indian Military Services and towers of Doordarshan and All India Radio.


Built in 1845, this walking track also affords picturesque views of the Himalayas, including the peaks of Badrinath, Kedarnath, Gangotri, Yamunotri, Chaukhamba, Nanda Devi, and Trishul. Especially great at sunset.

Known for its spectacular views of hills, this area offers activities like hill climbing, nature walks in the nearby forest. One can reach Cloud's End by trekking along the Hathipaon Road from the popular Happy Valley or by car.


A gigantic waterfall known for its milky stream of water from a height of 4,500 feet, it offer a mesmerizing view as the water drops through a series of five cascading falls.


Dating from the early 20th century and previously known as Botanical Gardens of Mussoorie, these lawns and gardens are home to more than 800 kinds of flowers, as well as a nursery, fountain, manmade lake, and small amusement park.