This, though, is very expensive, and, when they built the railway westward from Sydney in the 1860s, Engineer-in-Chief John Whitton did not have the money available to him to tunnel through Australia’s Blue Mountains, so he decided to climb and descend the by way of zig zags. If you’ve ever tried to climb a hill on foot, on a bicycle or in a car, you’ll know that the easiest way up or down isn’t a direct route. It’s best to approach at an angle, and you’ll probably need to reverse direction at least once. You may have noticed that many mountain paths and roads form zigzags, usually, with a tight turn to be made at each angle.

The ZigZag Railway climbed over 3,000 feet by means of this zigzag arrangement, and descended on the other side in a similar way. However, it did create unacceptable bottlenecks, so, before long, the money was found to tunnel through the mountains, and the zigzags bypassed, to fall into disuse and disrepair.

But the Clarence zigzag has been restored, the track relaid, and has been operating as a pleasure railway for nearly 40 years. Another longer and more famous zigzag railway is India’s Darjeeling Himalayan Railway … which I haven’t been on, but has been on my ‘bucket list’ for as long as I can remember.

A more usual method of dealing with steep slopes is to use  a ‘rack and pinion’ system. That means that toothed cog wheels on the train intermesh with a similarly toothed rack, running along the length of the track, to provide the extra adhesion and braking needed. It sounds like a rollercoaster, which isn't surprising, because it works on roughly the same principle. But the rack also acts as a brake on the way down.

There are two types of rack railway in common use, the Abt rack and the Riggenbach, or ladder rack. 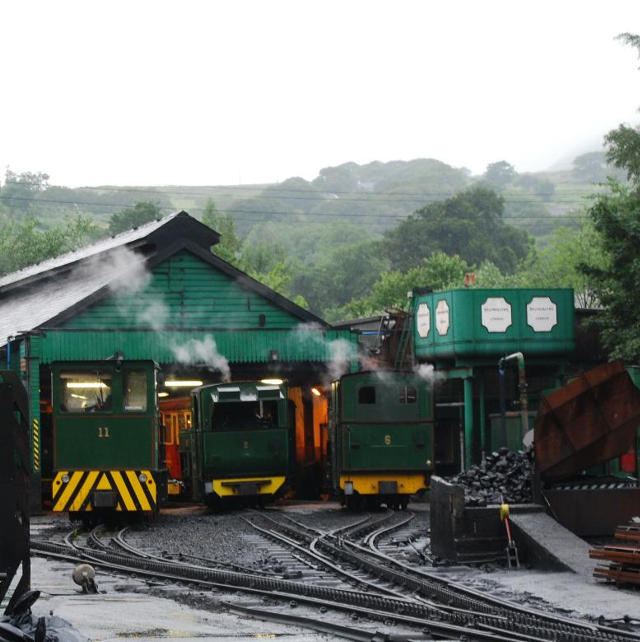 The Snowdon Mountain Railway uses the Abt rack and climbs up to the Hafod Eryri restaurant, just 60 feet below the 3,500-foot summit of the highest mountain in Wales. It uses the rack all the way up and down; in fact, the loco wheels don’t drive it at all. They simply keep the train on the track. On most rack railways, the locomotive is always downhill from the carriages when using the rack, for additional safety.

On the Achenseebahn, a railway in Austria that uses the Riggenback system, the rack doesn’t run all the way, only at the steepest bit, between Jenbach and Eben. Where the rack ends, the engine changes ends, power is transferred to the driving wheels and the railway becomes a conventional one.

On Snowdon, there’s only one carriage on each train, so it’s best to book. And you’re advised to ride down on the train you came up on, as your place on a subsequent one can’t be guaranteed. 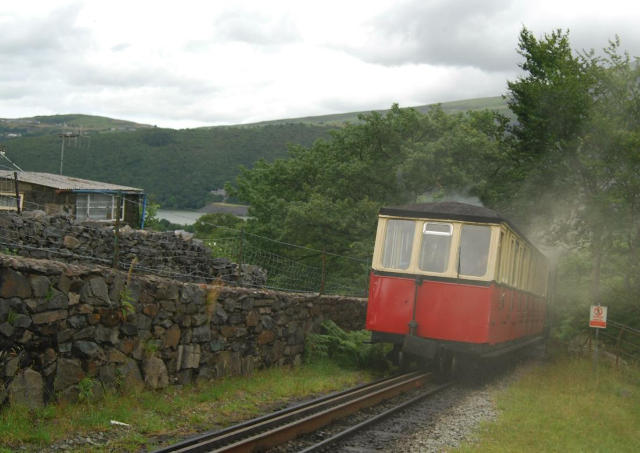 But on the Achenseebahn, there were two carriages. These can become extremely crowded, but the conductor ensured that no one was left standing on the platform if there was only the smallest space into which another passenger might be fitted. I thought of the ‘shovers-in’ on Japanese commuter trains!

The conductor's place is in his compartment on the uphill side of the train as it clatters fussily up the rack to Eben; he needs to be there, because there are a couple of level crossings to be negotiated, and the driver can’t see the front of the train.

But if passengers board at an intermediate station, a ticket needs to be sold. The conductor made his way down the outside of the moving train, using the substantial running-board. As the undergrowth whipped within centimetres of him, I was horrified to see high-value notes, worth about USD 75, being exchanged.

But the conductor said they’ve been working this way since the days of the Emperor Franz Josef, and don’t see any reason to change. They haven’t, he said, lost any substantial sums of money, or any conductors … yet! 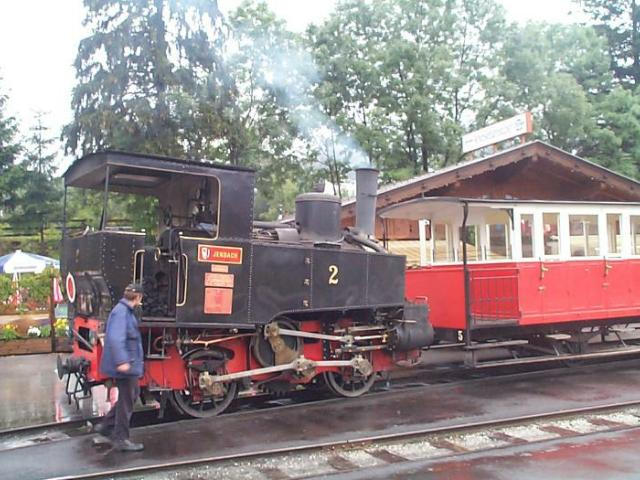