Learning About Morocco's Argan Oil at the Source 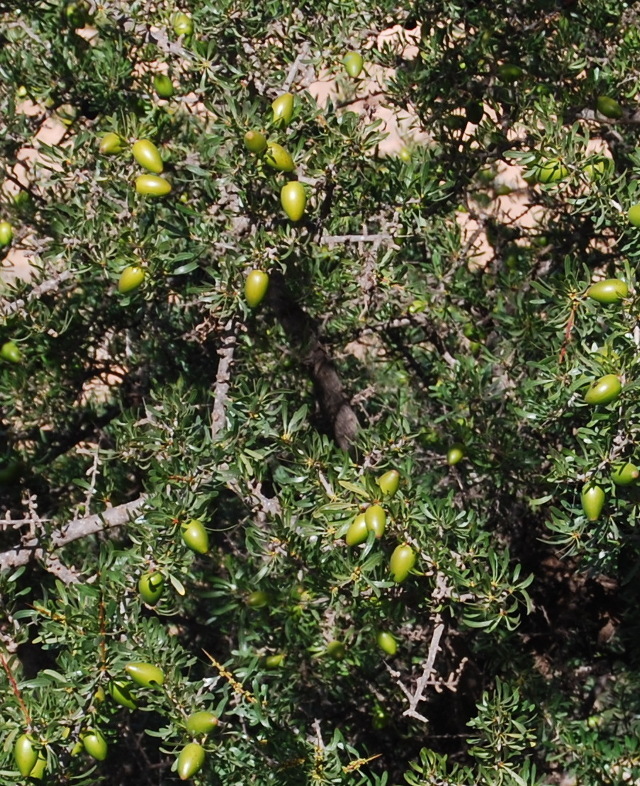 Argan oil is part of the Moroccan way of life - as well as prized by quite a few international chefs. Apart from a few isolated places in Mexico, the argan tree grows only in Morocco. It yields a lemony-yellow fruit, from the kernel of which argan oil is obtained. If oil is extracted from raw kernels, it’s used for making cosmetics; if the kernels are roasted first, it produces a cooking oil which Moroccans say is even superior to olive oil. 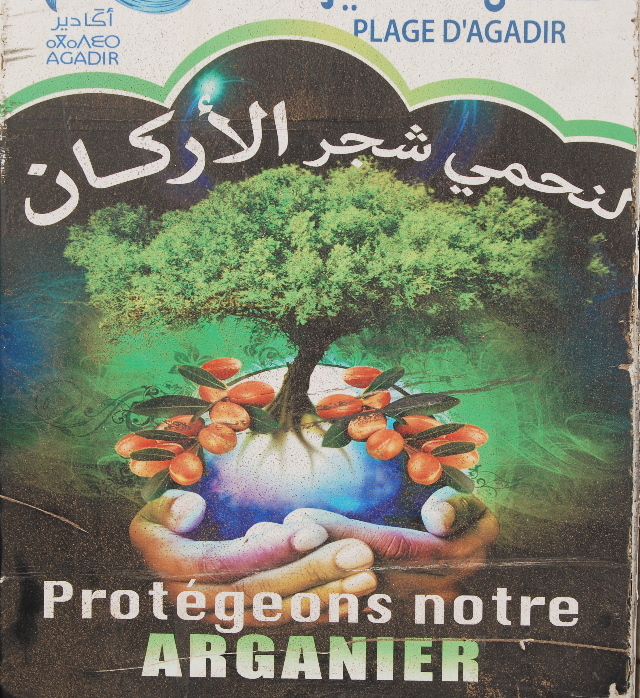 Argan fruit is harvested in a similar way to the olive. In both cases, nets are spread on the ground under the tree. But, the olive tree gets beaten with sticks to make the fruit fall; the argan is just left to let the fruit fall of its own accord. The fruit is unpleasant tasting and really of no interest; it’s the kernel from which the oil is extracted. 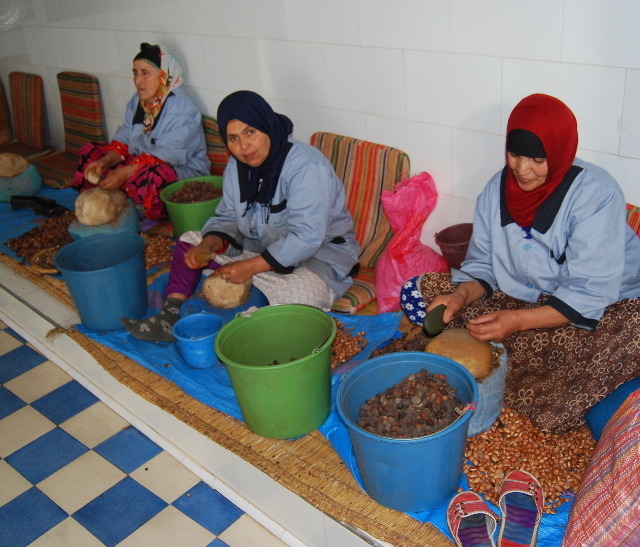 Almost everywhere you go in the Souss Valley, several hours south of Marrakesh, you’ll find women’s co-operatives where the oil is produced by hand. Machines are sometimes used, but it’s said this makes for an inferior product, fit only for export. 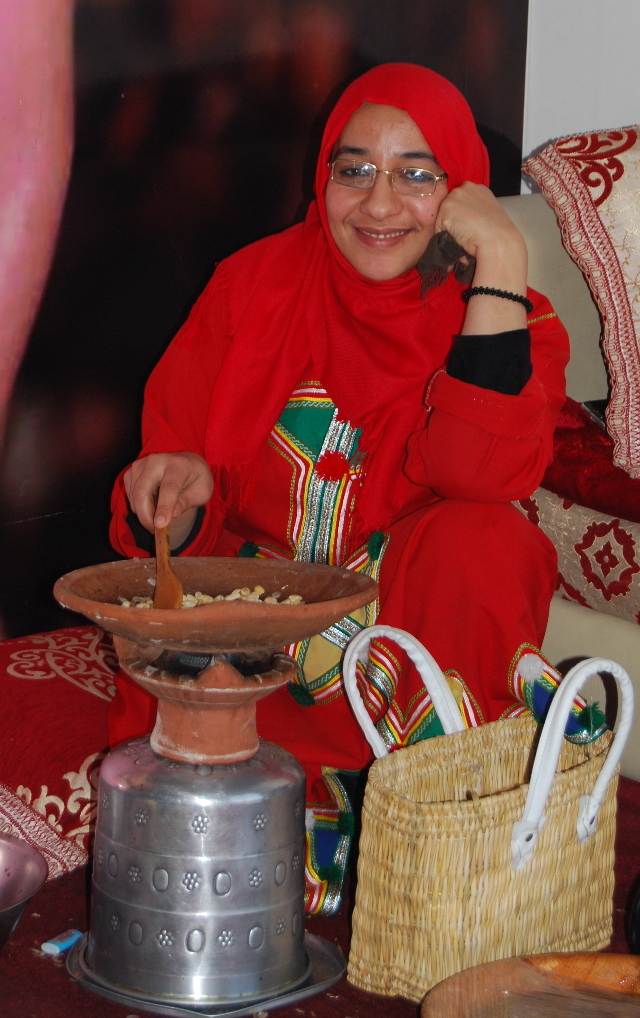 Most of the co-operatives are only too keen to show you how they work, and most conducted tours you take will take you to at least one. Generally, they’ll ply you with tea, bread and honey - and, of course, there’s a point of sale for their products. That’s the disadvantage of a private tour; if you’re on your own, it seems rather churlish to leave without buying anything. So we have enough argan soap to last us for a considerable while! 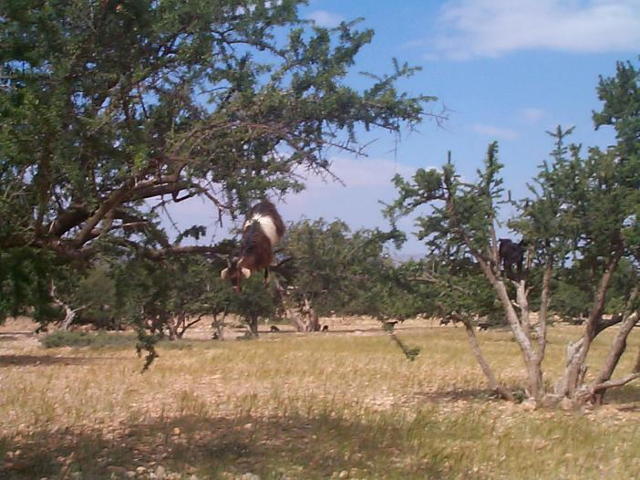 There’s another facet of the argan tree which is much loved by visitors. The leaves are irresistible to goats, and, if the branches swoop low enough, they can climb the tree to get at the leaves and wander from branch to branch, just grazing.

Some claim that the goats don’t do this naturally, and can only get up there with assistance from the goat-herd. But, when we saw, and photographed our goats, there was no goatherd anywhere in sight. The practice does go on, though. Goat-boys will hoist goats up into the trees, and request largesse from passing visitors. A Moroccan guide told us it’s an easily detectable deceit. Goats so treated will stand still, but those that got up of their own accord will wander from branch to branch.

As if to illustrate the guide's point, we passed a "goat tree" in which the goats not only were standing still, but facing in the same direction.

"Good Muslim goats!" he observed. "They all face towards Mecca, and pray to God to get them down from the tree safely."