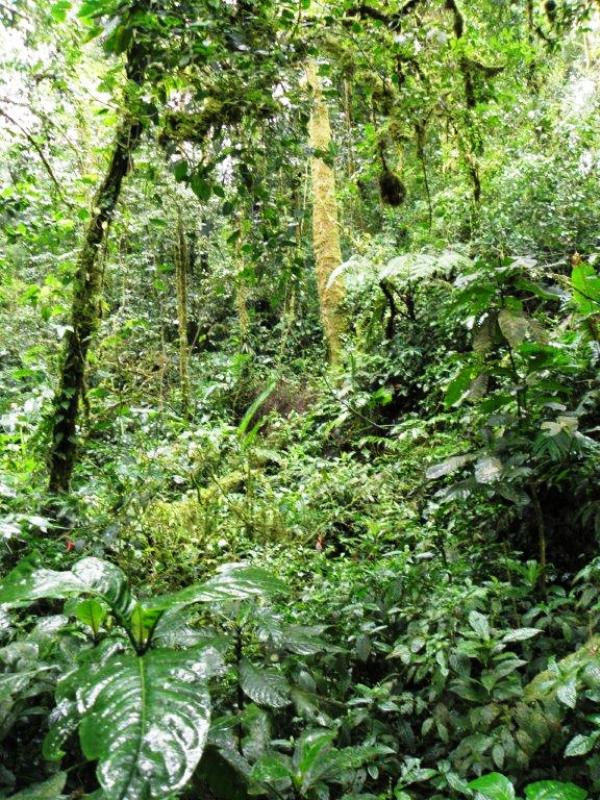 The last 18 miles of the road leading to the Monteverde Cloud Forest in Costa Rica, full of ruts and potholes by design, takes over an hour and a half to navigate. The locals like it that way. And they choose not to fix it because it would be too easy then for tourists to visit.

That may not sound all that hospitable, but it illustrates the emphasis Costa Ricans place on conservation. And the Cloud Forest, which I visited prior to Covid as part of an Overseas Adventure Travel tour of Costa Rica, is indeed an ecological marvel worth saving –- and seeing. But you have to really want to go there!

So what exactly is a cloud forest? Well, contrary to popular thinking, it is not where all your technological apps are stored. It is, instead, a rare kind of rain forest where plants actually grow ON TOP of trees.  The technical explanation is that “the combination of altitude, humidity and irregular topography creates a unique environmental situation where the clouds remain low for most of the year, preventing the advent of sun, locking in moisture, and creating an atmosphere where plant activity is so high that they actually cover the trees.” The non-technical explanation? Lots of clouds and rain result in every inch of the trees from bark to branch to be covered by things green and growing. These epiphytes, as the plants which grow on trees are called, cover every branch and limb, creating a dense wonderland of greenery. Fifty percent of all the vegetation in the cloud forest lives on the tops of trees. Now I’ve been in many a rain forest before but never one so overwhelmingly green and lush, a blanket of emerald and jade and olive and lime, unrelenting and opaque. There are no empty branches, tree trunks or ground area so that the immersion in this sea of green is utterly complete. Each branch, bush, leaf is so unique in its color, design, texture, size, shape  and sheen as to more resemble an art form than a  mere fragment of foliage, in which Ellen Kaiden of Sarasota, Florida, the artist in the group, claimed to detect different emotions. “I was overwhelmed by the life force of the Costa Rican Cloud Forest. We were privileged guests in an alternative universe of the canopy. It was pure magic,” she noted. Although our guide, Andres Herrera González, spent three hours discussing the ecological and biological implications of every plant, I was perfectly content to just let myself be absorbed into the visual immensity of my green-laden surroundings.

Equally important to the expansive plant life is the multiplicity of animal life living among it. This enormously rich ecosystem supports 7% of the world’s plant and animal diversity in only 0.1% of the earth’s surface. It’s an amazing place but was only one of several rain and tropical forests, as well as beaches, villages and farms, we visited as part of OAT’s 12-day Costa Rican adventure. I 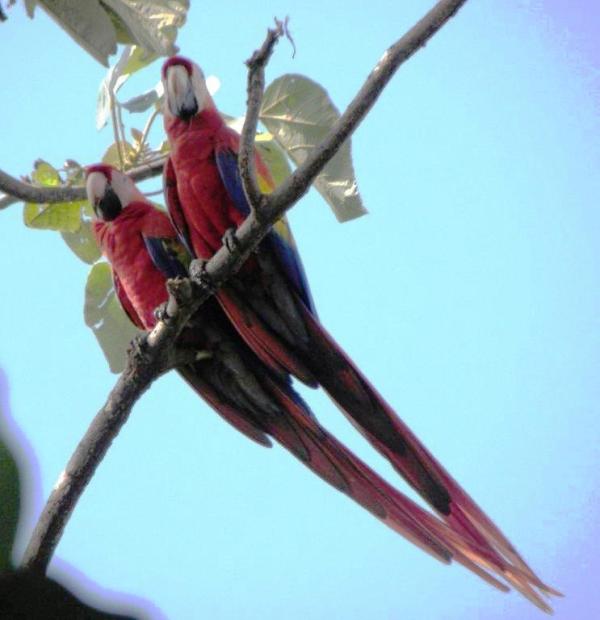 And as important as the actual itinerary may be, what sets OAT apart from many other tour companies is its emphasis on Learning and Discovery, a part of the OAT philosophy that the company takes very seriously. And with a guide like Andres, a mere botanist with two Master’s degrees in ecotourism and sustainability, it was hard not to be learning all the time. Woven into the formal activities are opportunities to learn about the people, explore local markets and towns and participate in cultural exchanges. But what happens outside that itinerary is equally interesting. The rides from place to place can be long but not boring. Perhaps you stop for lunch and get as dessert an unexpected exhibition of resident show horses belonging to the owner of the restaurant. A bathroom break brings a surprise demonstration of sugar cane extraction in an old mill. The fact that they mixed the resulting samples with local Costa Rican rum made the experience all the more special. 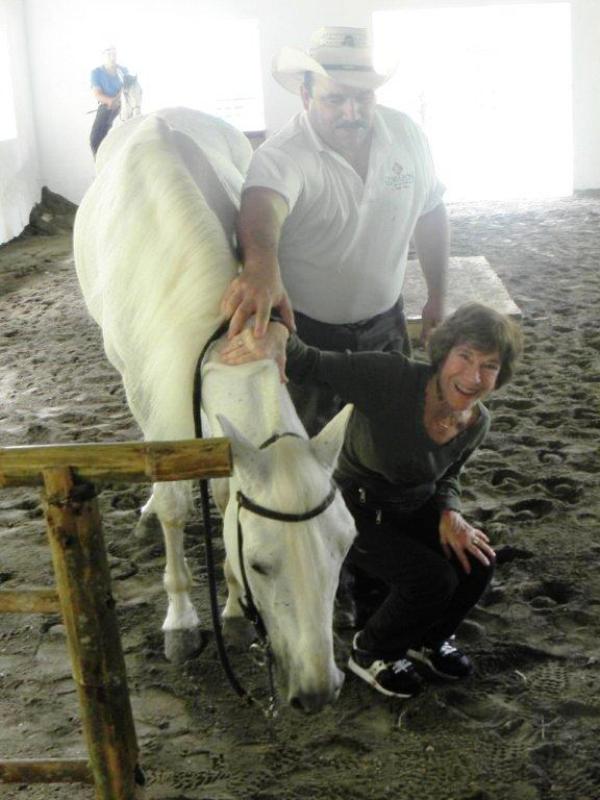 Add to that a photo op of a volcano in which our eagle-eyed leader spotted a sloth in a nearby tree or a random opportunity to milk a cow at a local farm and the stops not included on the itinerary compete with those which are for excitement. And the time actually in the bus is consumed with lectures on history, geology, culture, political corruption and other controversial topics all surrounding the Costa Rican experience. 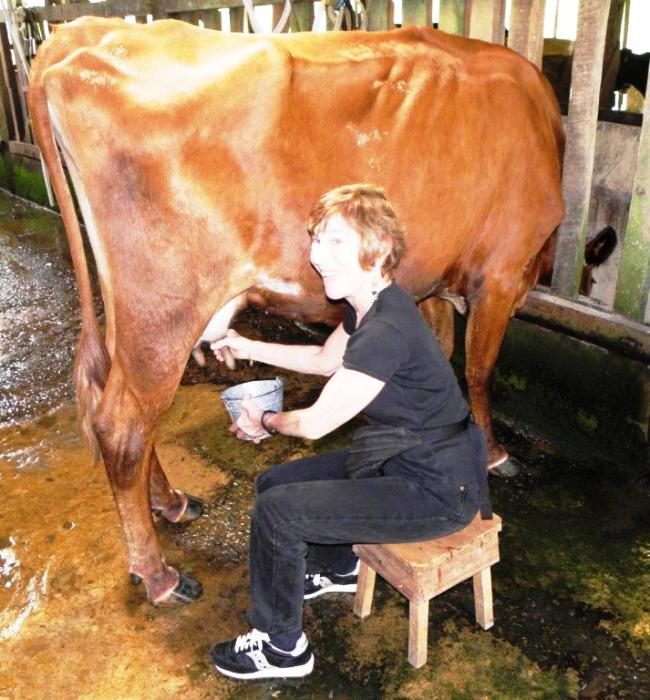 Meanwhile, back at the Cloud Forest, there was quite a bit of local color to break up the monotony of greenness. Time was spent seeking out – and reveling in --  the unusual Resplendant Quetzel, a large rare and beautiful brightly colored bird that is as elusive in Costa Rica as the kiwi is in New Zealand. Traversing a series of hanging bridges provided a birds-eye view of the forest very different than that from the ground. Zip-lining across the tops of multiple trees ensured an experience in which the adrenaline rush clearly topped environmental appreciation -– at least for the moment, and a visit to a hummingbird sanctuary where hundreds of the colorful little guys flapped their little wings with impossible-to-measure speed  entranced tourists who desperately tried to capture them on camera and cell phone 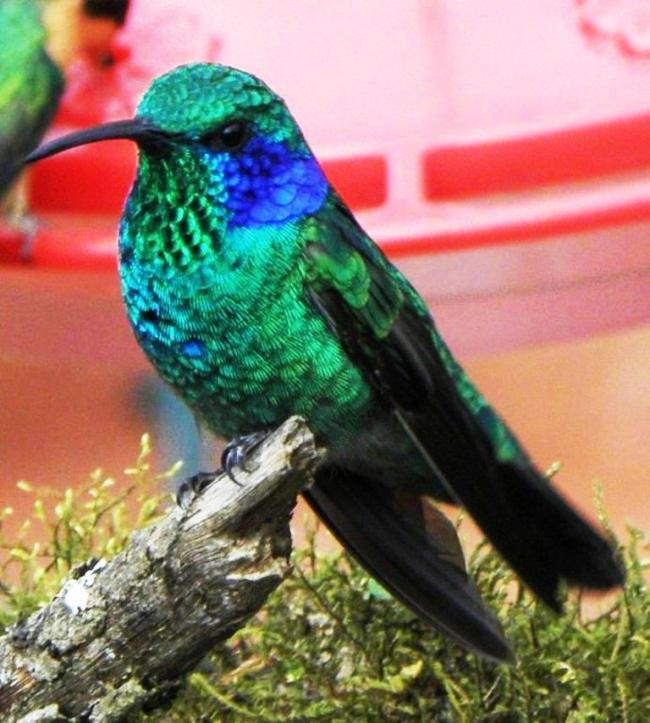 A meeting  with Martha Campbell, the daughter of one of the original Quaker settlers of Monteverde in 1951, provided some historical context to the Cloud Forest community, which at that time had no plumbing, no electricity, no phone service and very few people. Though the community survived by cattle ranching initially, eventually the Quaker community discovered that a far greater good –- as well as more money -- could be accomplished thru conservation and the expanded tourism trade that followed. 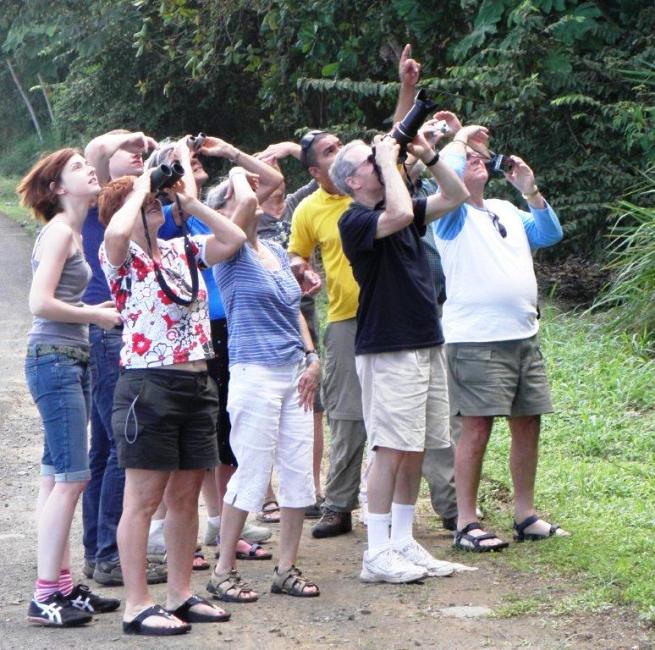 Still she somewhat bemoans the large influx of tourists of the past two decades: “I wish there would be less development. Sure there are more job opportunities, but also more cars, maybe more crime and I just miss the simple life we used to have.” I would hazard a guess that the road leading to the Monteverde Cloud Forest isn’t going to be fixed anytime soon…

For more information about traveling to Costa Rica, visit oattravel.com. Trips are expected to resume late summer, with all the necessary CDC protocols practiced to maintain safety throughout the adventure.