3 Cool Things to Do in Missouri 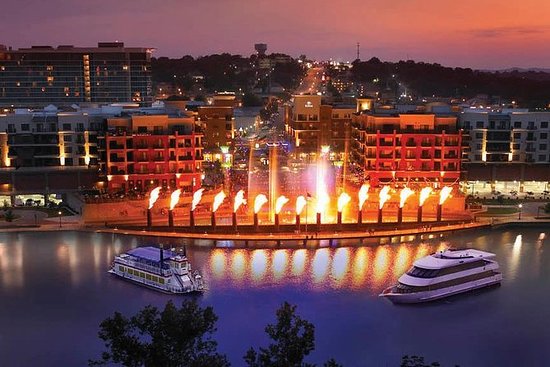 A Midwestern state between Kansas and Kentucky, Missouri is covered in grassy levels that go for miles that comparison versus the high tops of the Ozark Mountains. A number of cities populate Missouri and are full of fantastic attractions, like the National World War I Museum in Kansas City, or the Gateway Arch in St. Louis. Nevertheless, there is plenty of nature to balance out the city bustle, such as stunning state parks and other hideaways among the many things to do in Missouri. Here are three favorite attractions of mine:

Situated in the heart of St. Louis, this 90-acre zoo is acknowledged as a leader in animal study as well as preservation, as well as is approved by the Association of Zoos and Aquariums. What's more, it provides entry absolutely free with the exception of special exhibits - one of the few in the USA to do so. Today home to more than 500 animal species, the St. Louis Zoological Park has been around since the 1904 World's Fair, starting with the original Flight Cage (above), in which birds fly free, and recently renovated to simulate a mysterious, mesmerizing cypress swamp.

Currently you also can see a wide range of other exhibitions, too: Big Cat Country as well as Jungle of the Apes; others include the Butterfly House or the Fragile Forest. Take a spin on the May Ann Lee Conservation Carousel, which features hand-carved wood pets that stand for actual endangered varieties. Whether you come to see the animals or learn more about pet preservation, this zoo has a lot of activities that will simultaneously amuse and enlighten you.

Bring comfy shoes and be prepared to stroll its numerous interesting areas. Tour the Victorian district, including the country house of Henry Shaw, the garden's founder; a camp of the area's original Osage tribe; the rainforest-simmulating Climatron; and Seiwa-en (above), the biggest Japanese garden in North America. The garden is also a place for yearly events such as Chinese Culture Days and the Japanese Festival.

Located in Missouri's largest city, Kansas City (as opposed to the Kansas City in neighboring Kansas itself), this museum open to the public since 1926 tells admirably well the story of the Great War which reshaped the 20th century, from before 1914 to the 1919 Paris Peace Conference. As you walk over the glass bridge at the entryway,  you will see an area of 9,000 red poppies, each one symbolizing 1,000 combatant deaths in that horrific conflict.

The Main Gallery, overhauled and modernized in 2006, is full of fascinating artifacts such as a Renault FEET Tank, a Ford Model T Ambulance, and uniforms including German general Paul von Hindeburg's field jacket, as well as numerous interactive displays and recreations like trench mock-ups, propaganda posters, booths with period audio recordings, and more. With so much attention paid to World War II, this remarkable institution provides an important focus on a conflict that was easily just as momentous in world history.