My 3 Favorite Things to Visit in Milan 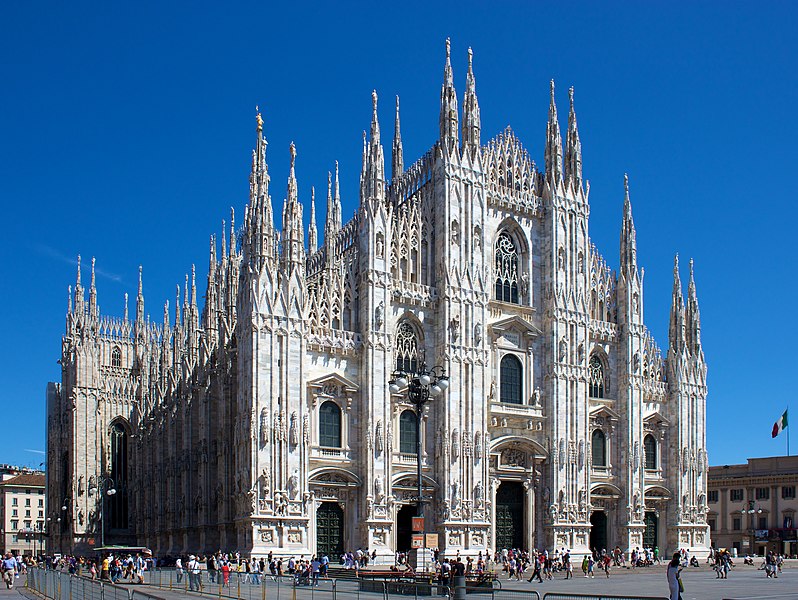 Italy's business capital is also famously one of the world's top three fashion hubs. But for non-fashionista visitors, Milan may be less of a tourist magnet than the likes of Rome, Florence, or Venice, but still impresses with its culture, its dining, its nightlife, its shopping (of course), and a number of wonderful landmarks and attractions - several unique to the city. So I'm offering up three of my favorite spots to really get a sense of the history of Milan and its surrounding region of Lombardy (one of which you probably won't suspect!).

(And by the way, the local Metro and buses are generally great for getting around, but you might also consider renting a car here for greater convenience and flexibility, as well as day and overnight trips out of town in Lombardy.)

Better known as the Duomo (top), the world's fourth largest church is the foremost emblem of the city, and considered by many Italy's loveliest Gothic building - indeed, one of the loveliest in all Europe. It took nearly 600 years to complete - started in 1386, finishing touches put in place in 1965 - and today is one of the country's most popular tourist attractions. And once you see it up close, you'll understand exactly why. The Duomo's airily flamboyant, "wedding-cake" exterior is faced with white marble and liberally frosted with tall spires, pinnacles, and flying buttresses, as well as thousands of statues and intricate carvings featuring saints, Bible stories, other religious imagery, and geometric patterns. The interior is more sober and less flamboyant, but still impressive indeed, with its soaring 80-meter columns. To top it all off, a visit to the roof is a must, for a grand view of central Milan.

Not far from the Duomo and built in the 15th century as the residence and fortress of the Dukes of Milan, the Sforza dynasty, today the quadrangular Castello Sforzesco is one of the city's main cultural focal points. That's because in addition to its lush grounds and impressive architecture, it houses ten remarkable museum collections. These include a pinacoteca (picture gallery) with marquis names like Canaletto, Mantegna, tiepolo, Tintoretto, and Titian; the Museum of Ancient Art, the Egyptian Museum, and the Museum of Musical Instruments. Culture vultures could literally spend a week here alone. But if you're very short on time, make a point at least to visit the small Museo della Pietà Rondanini, focused entirely on the Pietà Rondanini, the Michelangelo Buonarroti masterpiece that was his last work.

This is the one I mentioned above that you might not have More than just graveyards, a number of the great cemeteries of the world are also showcases of marvelous sculpture and architecture (Père Lachaise in Paris, Recoleta in Buenos Aires, and Havana's Cementerio de Colón come to mind). Milan's Cimitero Monumentale very much falls into that category. It was inaugurated in 1866 and continues to be today a final resting place for the rich, powerful, and/or famous (notables include classical music giants Vladimir Horowitz and Arturo Toscanini as well as actor and Nobel literature laureate Dario Fo). It feels like an open-air museum, full of ornate obelisks, lifelike sculptures, and mini Greek temples.There are sections for Jews and other non-Catholics, and highlights include a memorial to Milanese killed in Nazi concentration camps, along with an amazing recreation in bronze of the New Testament's Last Supper in front of the Cammpari family tomb (of Campari bitters fame). The cemetery's open daily except Monday from 8 am to 6 pm.