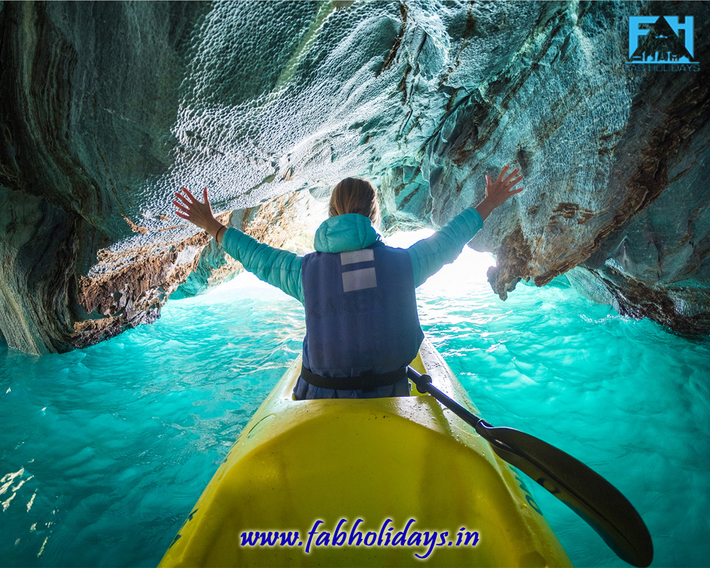 Down in Chile's Patagonia region along its border with Argentina, on a glacier freshwater lake (South America's second largest) called Lago Carrera near the towns of Chile Chico and Puerto Tranquilo are enormous boulders of solid marble, weathered by wind and sea to form natural caves and tunnels that are one of South America's natural wonders.

The optimum time of day to get the best lighting to appreciate the stunning interplay between the blues, turquoises, whites, and grays is early morning.

The best time of year between September and February - which is spring/summer in the Southern Hemisphere, when winter ice is melting.

Other fantastic local sites include Chile's San Rafael Glacier and the UNESCO World Heritage Cueva de las Manos (Cave of Hands) across the Argentine border, with its paintings of human hands made by the ancient Tehuelche people, dated back to 7300 BCE.

These caves are a little out of the way and far from everything - you fly from Santiago to Balmaceda, then it's a four-hour drive down the Carretera Austral - but well worth it if you're interested in seeing some of nature's most extraordinary handiwork.

Our Travel Operator Promotions system may be on interest at www.thetoptravelclub.com . No cost if offering direct booking savings to our members.