A Heavenly Honeymoon in Untouched Mankulam, in Kerala, India 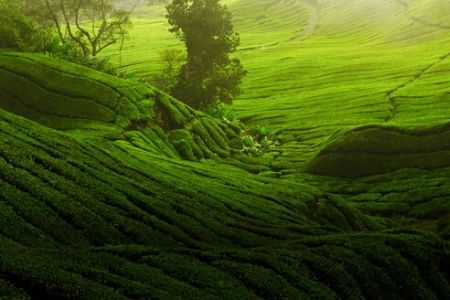 A honeymoon can be a divine occasion where two hearts unite to form one, an marvelous beginning to married life. Along with the ceremonies of the wedding, the youngsters weave dreams about their honeymoon. Celebrating honeymoon varies from person to person. In India, many newly married couples visit the many serene places in India akin to "gardens of Eden.." Even though there are many places in the northern parts of the country, most of the people flock to the southern states especially to Kerala to spend their romantic days. The state is blessed with spectacular serene places such as Munnar, Thekkady, Wayanad, but apart from these well known hill stations, there's one that's just as heavenly yet much less crowded, and that is Mankulam, situated in Idukki district.

This scintillating region is a haven for untouched natural resources. Newly married couples who are in search of solitude and calm ambience gush to Mankulam hamlet. The glowing beauty of alluring nature could not be described in mere words. Mankulam is encapsulated with glittering waterfalls and picture-perfect landscapes. While strolling the captivating scenic place you can capture the lovely images of elephants. Even though these elephants are residing in the jungles they harm neither the local communities nor the visitors. If you are fond of elephants move to Anakulam over there you could capture the amusing images of herds of elephants. Generally, if you want to collect the amazing pictures of wild animals you will have to visit the jungles in the morning. But if you want to catch the leisure activities of non-ferocious elephants at Mankulam wait until the sunsets. During the nights' herd of matured elephants along with their younger ones visit the stream to quench their thirst and also to bathe in shimmering cold waters. Over there you can see the mother elephants bathing their lad and also you can witness the small and innocent fights of elephants but don’t be panic it won’t last for a long time. Due to fear of humans, they rarely appear in the day time. But when they visit the streams in the day time hundreds of people from various corners run to the region to catch their glimpses. Situated at a distance of 4 km from the Manakulam, Anakulam is one of the mesmerising places where couples could enjoy their honeymoon moments in an exotic way. 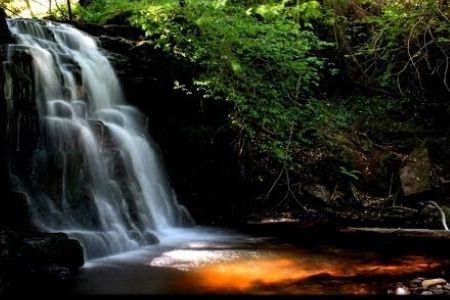 The other luring destinations of Mankulam are Kynagiri waterfalls and Nakshtrakuthu waterfalls. Positioned 2 km away from Viripara the Kyangari waterfalls steal every nature lover’s heart who visits the place as part of their Kerala tour. It is really an awesome moment to see water cascading from the southern directions and flowing to the direction from where the sun rises. The region is encircled with white misty clouds. It is not necessary that you should reach the spot early in the morning even if you reach noon you can have excellent sights of mist. You can enjoy the romantic moments in the sapphire swimming pool. Do not forget to insert the stupendous images of dazzling waterfalls into the digital camera from the check dam situated on the foot of waterfalls. If you can communicate with the tribal people just move to Nakashtrakuthu waterfalls. Over there the water flows down to the star-shaped rock and this how the waterfall got the name, Nakshtrakuthu (star rock). As the region is located in a remote area you will have to carry tiffin with you along with a camera. Holding each other hands firmly you can trek to the breathtaking hills such as Kilikkallu, Kannadipara and Kozhiyalakuthu. Understanding the prominence of the luring Manakulam years ago the British constructed the bridge straight from Aluva to the remote village connecting the Perumbankuthu. As the region did not gain much popularity the bridge still remains untouched. As Mankulam is devoid of man-made infrastructures and fear of wild animals make the region least popular among the travel enthusiast couples who visit the iconic destination could enrich their hearts with the pristine image of the secluded village. The hamlet is encircled with thickly populated forest on the four sides. While traversing the avenues of Mankulam do not forget to visit the spot where the local people generate electricity from the waterfalls. It is the only village in whole Kerala where the villagers themselves generate power and lend to the Kerala State Electricity Board. There are many more gorgeous places hidden in Idukki to learn more about it plan a honeymoon tour to Kerala. 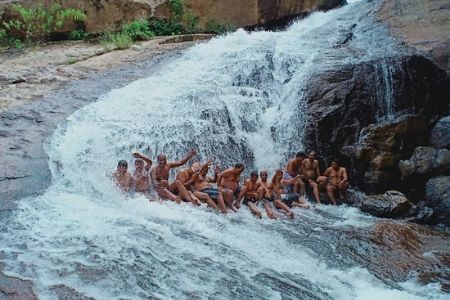 The nearby eye-catching destinations are Viripara waterfalls. It is situated at a distance of 15 km from Munnar town. Along with witnessing the gorgeous waterfalls, you can practise 4x4 jeep safaris at the rocky areas and also see the charming image of local people plucking tea leaves at Letchmi tea estate. Perumbankuthu waterfall is one of the scintillating and mighty waterfalls of Idukki district. The fascinating image of the waterfall mesmerise each and every traveller but still, travellers fear to go near to it as it is not fenced. From the nearby rubber plantations, you can capture the astounding image of the amusing waterfalls.

To be part of the serene places of Mankulam avail of tour packages from Dream holidays  Kerala. They curate the packages at cheap rates. They please the customers by sheltering them in outstanding accommodations. They inculcate the destinations and adventurous activities suggested by the customers in the exotic tour packages. They draft the tour services not only to the newly married couples for honeymoon but also for families and also youngsters focusing more on adventure activities. If you have any concerns regarding the tour packages contact the vibrant customer support team of Dream Holidays or you can drop messages in their mailbox and also you can WhatsApp them. The praiseworthy places of Mankulam are eagerly waiting for you. So don’t be late to visit the place as soon as possible.