5 of the Most Impressive Historic Spots in India's Maharashtra State 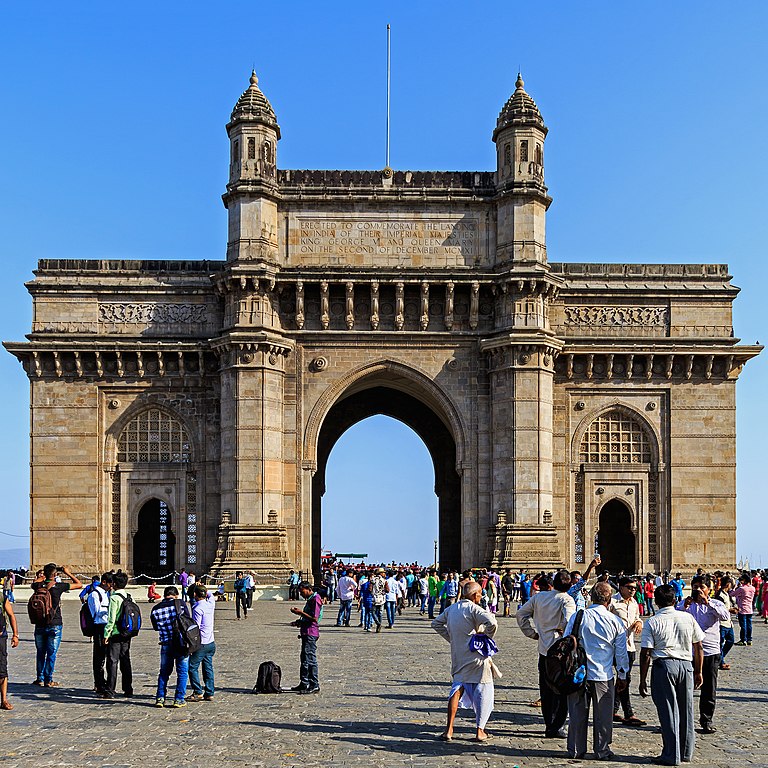 India's wealthiest state, as well as its second most populous and third largest in area, Maharashtra in the west of the country is home to major cities like Mumbai and Pune, and boasts thousands of historic landmarks, some dating back millennia, and many associated with Shivaji, first 17th-century emperor of the Maratha Empire, be it Raigad, the region of his birth, Lal Mahal where he spent his youth, or forts such as Lohgad, Pratapgad, Murud Janjira, Singhgad, Sindhudurg. Then there are places that are related to the campaign for Indian independence against the British Raj. So it's challenging to select just five among so many the hundreds of historic monoliths, but here's what I've come up with, based on their heritage importance, architectural elegance, and popularity.

The Gateway of India, Mumbai

This 26-meter (85-foot) arch monument (top) on the shore of the Arabian Sea, across from the well-known Taj Mahal Hotel, was constructed in 1924 to honor the visit of India's then monarchs, King George V and Queen Mary to India. It was designed by well-known British architect George Wittet in the Indo-Sarcenic design and features four turrets and intricate lattice work. Constructed in lava, it is also among India's strongest monuments in India. Though it proudly stood as an entrance gateway for visitors - particularly from Britain - arriving by sea, ironically it also bid farewell to them 23 years later as the last British ship left from here when India gained its independence in 1947. Today it's near or at the top of the list of must-visits in Mumbai, overflowing with vacationers, vendors, and professional photographers, standing attesting to the past as well as witnessing the here and now.

This pair of rock-cut temple complexes dedicated to Buddhism as well as some to Hinduism and Jainism -  both of them UNESCO World Heritage Sites - are true marvels which amaze visitors not only because of their intricate carving and style but also their religious sculptures and paintings, still vivid after two millennia or more and extraordinary in their technique and color to depict human and animal forms. They date to 200 BCE to 650 CE, and figure in ancient writings of visitors like the Chinese Hiuen Tsang and Fa Hien. The 29 Ajanta Caves are located 107 kilometres from the city of Aurangabad, set in a breathtaking gorge that resembles a big horseshoe. There are both chaityas (shrines of Lord Buddha) and also viharas (Buddhist abbeys). Along with paintings that show events from the Buddha's life (as well as monks and other religious figures), there are also intricate and stunning depictions of "Jataka tales" of his previous encarnations. The Ellora caves (above) are much closer - 29 kilometres. All of these caves are a must-visit for every individual on the planet - they will both take your breath away and fill you with a sense of tranquility and serenity. 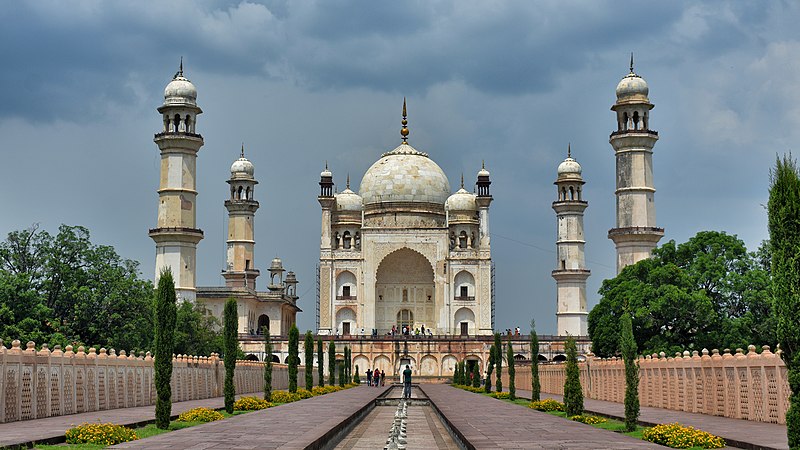 Another wonder of Maharashtra, right in Aurangabad city, the "Tomb of the Lady" is a mostly marble-clad mausoleum built in 1669 for the chief wife of Mughal emperor Aurangzeb through a collaboration between a Hindu engineer and Muslim architect. It's known as "the Taj of the Deccan" (referring to the plateau that covers this part of India) because of its resemblance to the Taj Mahal, commissioned in Agra 30 years earlier and designed by this monument's father as the mausoleum of Aurangzeb's mother. It's laid out in a charbagh formal garden about 458 square metres in size, with fountains, a reflecting pool, and four minarets and a mosque alongside the mausoleum itself. 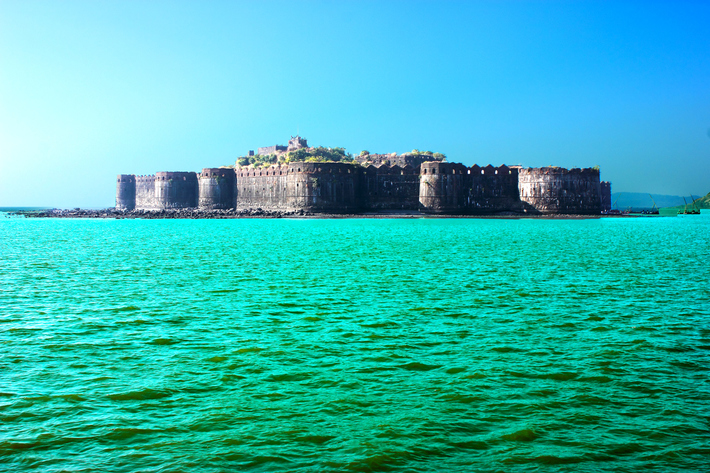 Emperor Shivaji built many forts which remain throughout Maharashtra today, but if there's is one that epitomises his vision, it's this one, located on the Arabian Sea coast at Malvan,the largest town in the state's Sindhudurg district. One of five sea forts designed by the emperor's master engineer Hiroji Indalkar to protect against pirates and other enemies, both foreign and domestic (such as Siddis of Murud-Janjira). Built in 1664-67 on a 48-acre island, it has a watchtower, a cleverly disguised entrance, and its massive three kilometres of walls are 9.1m high and 3.7m thick. Other features include three freshwater tanks which hold fresh, clean water throughout the year for the handful of families that still live here; a secert passage; the hand and footprint of the emperor himself; a temple dedicated to Lord Shiva; and an unusual idol of the emperor without facial hair, placed by his son Rajaram.

Another famous fort, built in 1746 as the seat of the peshwas (prime ministers) of the Maratha Empire, it at one time had more than a thousand people living here. Once a major seven-story structure, most of it was destroyed in a fire in 1828. Of what remains today, one of  Shaniwar Wada's prime attractions is its five named gateways, such as the principal Delhi Gate. Another is a lotus-shaped water fountain with 16 petals, each with 16 jets spouting water 80 feet in the air. Every night a sound and light program is held here for site visitors.

For more information on Maharashtra tours and any other holiday packages contact Swan Tours (011 23415601).