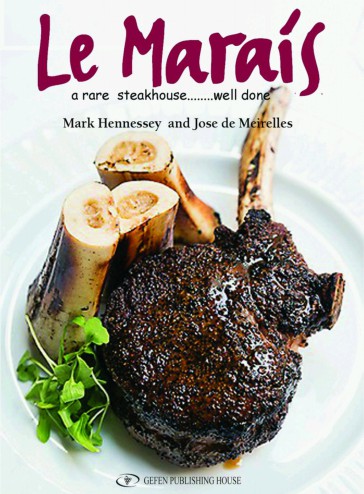 Located in Manhattan’s theater district for 21 years, Les Marais remains the only Kosher French brasserie in New York City. Observant Jewish and even non-Jewish clientele have been coming since inception to dine on its French cuisine with North African and Portuguese influences. I personally had never been to the restaurant before, but I had passed it many times over the years. Finally, I was inspired by the cookbook launch to fully immerse myself in this multi-cultural yet very New York, dining experience. 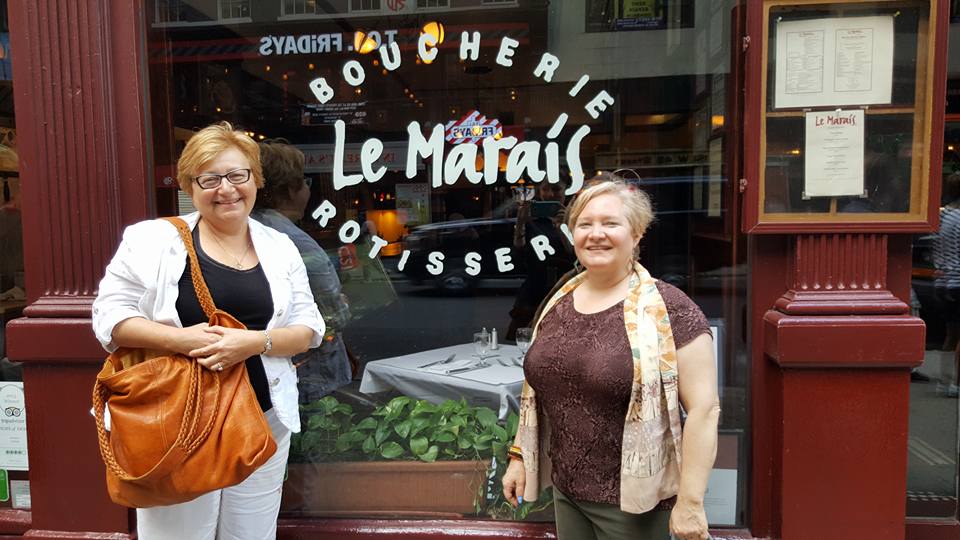 She just happened to be in NY from Florida coinciding with the cookbook release. We savored over: Moroccan-spiced lamb chili, sautéed salmon atop ratatouille, steak au poive with a side of frites, and chocolate and peanut butter mouse for dessert.  Everything was prepared to perfection, and now with the cookbook I can attempt (operative word) to make these meals myself. 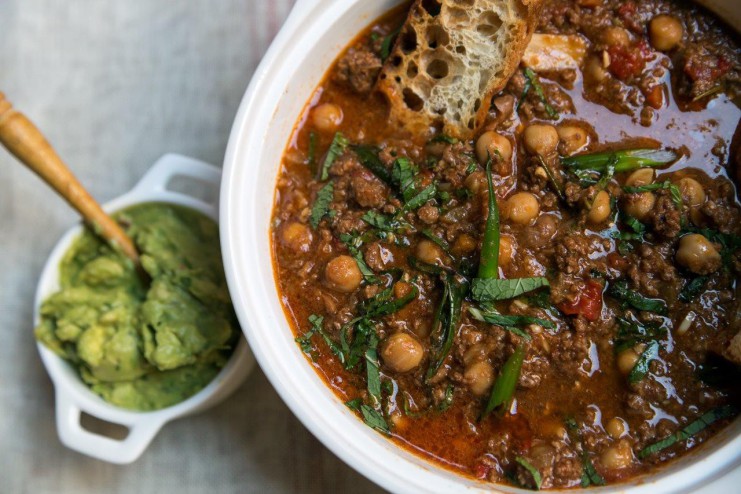 Somehow, of course, I think that Chef/Owner José de Meirelles’ background – he hails from Porto, Portugal, where his parents themselves were great cooks, and training – a culinary arts degree from the Tribeca’s French Culinary Institute and kitchen positions at some of New York’s finer restaurants -- La Réserve, Maxim's, and Park Bistro (where he was Sous Chef), do have a strong impact on the outcome of his flavorful dishes. He emphasizes fresh, clean, seasonal ingredients with bold spices, such as cumin.

Additionally, there is the expertise of Philippe Lajaunie, owner of Park Bistro, who joined forces with José to open their first classic French steakhouse, Brasserie Les Halles, in 1990.  After five years as Executive Chef of Les Halles, José made history, when he and Philippe opened the doors to Les Marais. In 2004, they brought in Executive Chef Mark Hennessey, a Long Island native and graduate of the Culinary Institute of America, who had previously worked at New York’s Stingray, Les Routiers and Levana restaurants.

José and Mark had discussed writing a cookbook for several years and finally made it a reality. Notes Mark: “A recipe book is a great way for us to get in touch with our clients, which is difficult to do on a daily basis in the restaurant.”  Mark points out that he was frequently asked why his steaks taste better than those his clients make at home.  Through the cookbook, we can “now finally answer these questions.”

Other ways the chefs stay in touch with their patrons is through special events. The restaurant is open during Passover and offers a special Passover menu and Seder.  They also offer cooking classes.  A recent summer course focused on the differences between grilling and barbecuing. The former is fast on a high flame leaving “beautiful grill marks.” The latter requires slow cooking and smoke. Some of these questions are answered in the book as well. 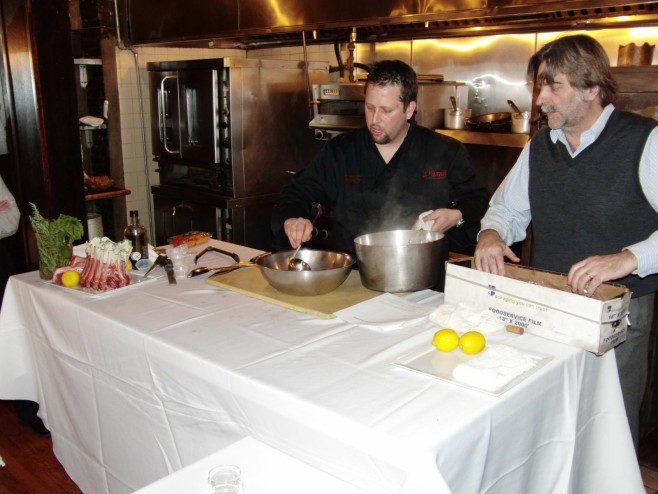 Mark & José at a Cooking demonstration

Le Marais a Rare Steakhouse Well Done is not a just a book full of recipes. There is something more.  It’s a classic New York story, explain Senator Joseph Lieberman and his wife Hadassah in the book’s foreword, "Where else would a non-Jewish Portuguese immigrant open a French bistro, hire an Irish-Italian Catholic as its executive chef, and create one of the finest and most successful kosher restaurants in the United States?” As José emphasizes, “When we opened the restaurant, there was a lack of kosher restaurants that knew how to properly age their meats. We offered the Jewish customer something that they never had before.”  The cookbook can be ordered via Amazon.