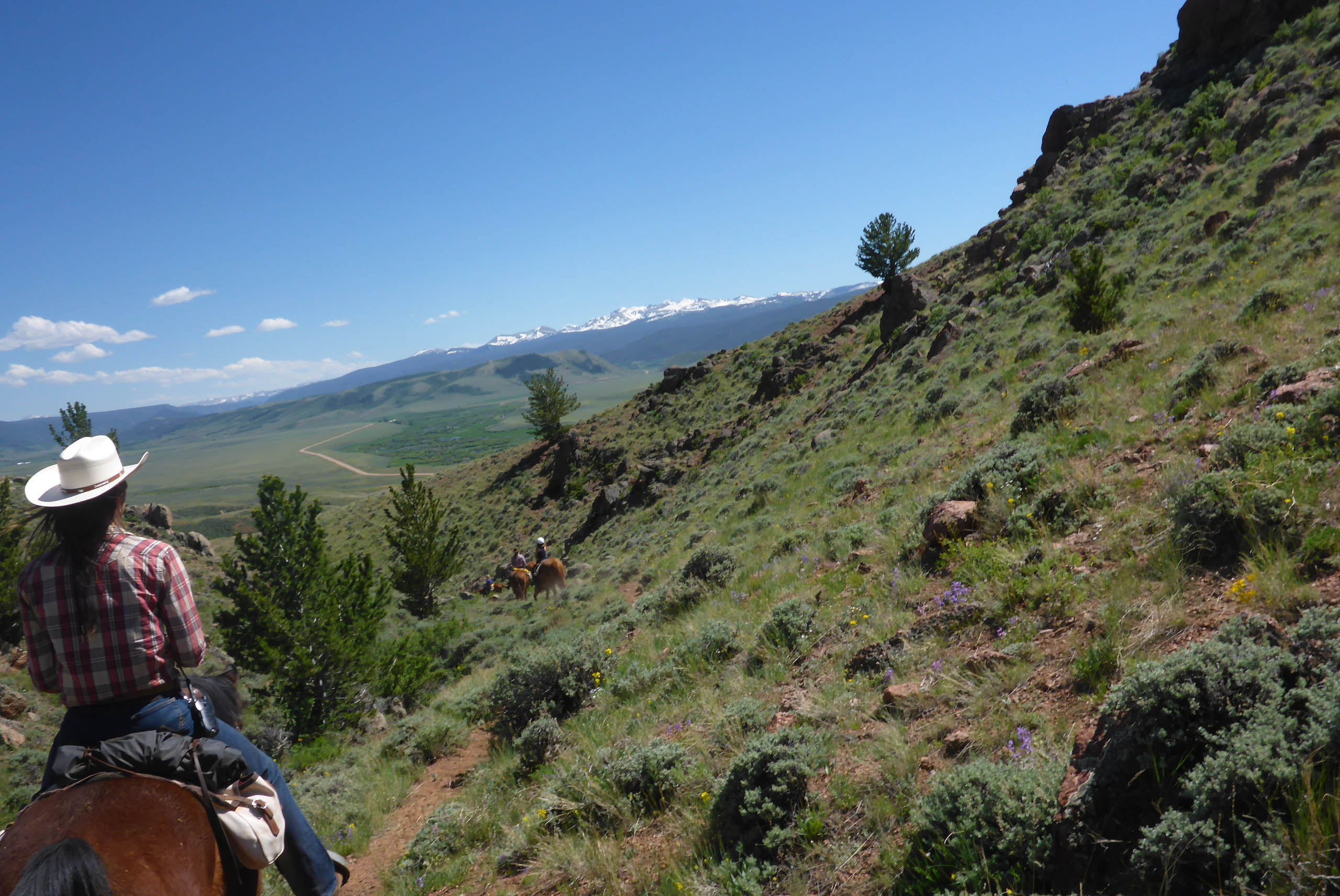 “Thousands of tired, nerve-shaken, over-civilized people are beginning to find out that going to the mountains is going home.”
- 19th-century American naturalist John Muir

Guest ranches have provided a means for city folks to air out their spirits since the turn of the century, but today they are multi-sport adventures, leaping generation gaps and crossing cultural barriers in a single bound. They are perfect for the single parent traveling with a teen; extended families spread across the continent looking for a place to re-unite; mature couples in which one half of the unit is a horse-person, and the other is “normal“; mature singles who enjoy sharing in a family environment; and anyone who ever dreamed of being a cowboy or girl.

The Laramie River Ranch on the border of Wyoming and Colorado provides an authentic western experience with all the comforts of home. Nestled sweetly beside the cooling Laramie River in lush green pastures framed in pine-sheathed mountains who could ask for more? Bill and Krista Burleigh searched the American West for this spot and settled here in 1995 because of its endless miles of trails with good footing, fanning out to mind-expanding vistas. Krista wanted to offer rides that would excite the most seasoned horse lovers as well as those just coming to the sport. This is not a "nose-to-tail" operation.  It is more like riding with a friend on your own well-mannered mount. But, you don’t have to groom, or tack up your horse unless you want to do a little bonding with the horse you will be riding for the week. They do offer a four-night stay if your time is limited and you will get plenty of good riding in that time. Clinics are available for beginners as well as for more advanced riders who want to improve their skills.

The clatter of the horses on the bridge crossing the river coming in from the night in the pasture is your wake-up call. A hearty breakfast with other guests in the dining hall start off your day’s adventure. It was late June - springtime in the Rockies - when I arrived. After a brief orientation to ensure safety, we headed out for our first romp of the sage-littered hills. From a distance the terrain looks plain, but upon closer inspection it is peppered with an abundance of wildflowers. Wildlife encountered on a ride could include antelope, elk, moose, coyote and the occasional buffalo that has strayed off the neighbors' 50,000 acres.

The ride to Crazy Mountain brought us to a knoll with a head-spinning vista that takes in the peaks of the Rewah Mountains and the Rocky Mountain National Park in the distance to the south and the Snowy Range in Wyoming to the north. There are no telephone poles or power lines to mar the sense of being part of the old West. At one time Native Americans of the Cheyanne, Arapaho, and Shoshone tribes called this valley home in the summer. I half-expected a noble savage to appear on a ridge holding a feathered staff mounted on his paint pony. The ranch that looks like a kid’s toy set from this vantage is surrounded by BLM land has not changed in the last hundred years.

Over a tasty steak dinner, one gentleman told me he had come here when he was five years old with his father. He said the lunch stop on the all-day ride was just as he remembered it. He was so thrilled that he was able to duplicate this experience with his daughter who had never ridden a horse before.  He was so happy that with the exception of the complete restoration of the lodge and cabins, done by the Burleighs in 1996, the ranch experience was the same stop in time of his boyhood.  I’m sure they will be back again. According to the wranglers, his daughter “stuck to the saddle like a “spider monkey sniffing glue.”

No cell service and nary a flat screen to be found brings people together at the end of a riding, fishing or hiking day. Adventures are shared at happy hour along with some zippy appetizers like Jalapeno poppers. Healthy dinner choices begin with fresh greens and end with divine desserts like pecan pie and cheese cake smothered in plump blueberries and sauce to die for. Not that food is all I think about, but the great outdoors does stimulate the appetite. Evenings are spent listening to a singing cowboy who puts Willie Nelson to shame, or doing a boot scootin’ boogie for those who have the energy after a day’s riding. I preferred the hot tub under the stars airing out my spirits while soothing muscles for the next big day’s adventures.

Thanks for reading! I am also excited to announce the release of my audio book for The Cowgirl Jumped Over the Moon