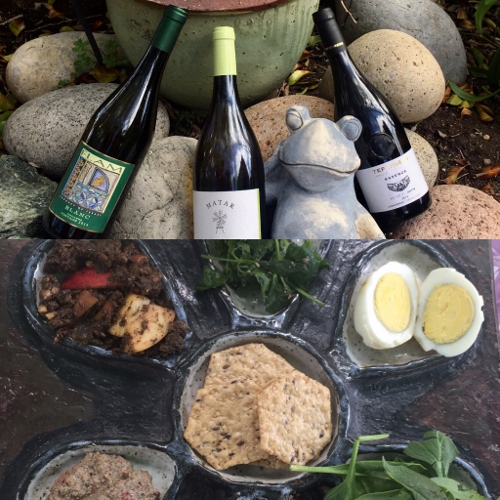 The lush and tropical backyard of Robin Dohrn-Simpson and her husband Marc in San Diego was the setting for a tasting of a group of Kosher wines imported from Galilee and Jerusalem along with foods that pair well with these wines. The food we sampled wasn’t kosher. 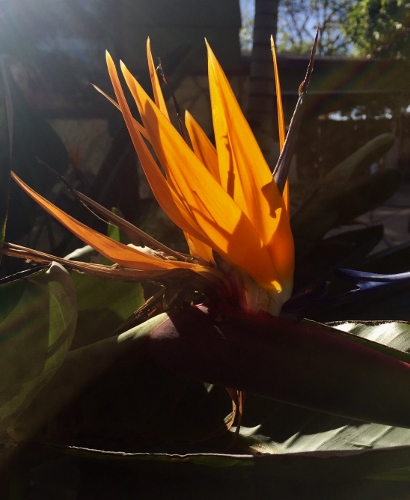 Because Passover is upon us shortly, we explored what foods might be eaten during Seder. Todd Montgomery, a member of our Wine Council, brought a Seder plate, the plate used during the Seder ceremony. This plate consists of six sections of food. These foods are very important to the practice of the Seder ceremony because of what they signify. On the prepared plate is found (1) a shank bone or chicken neck, (2) an egg, (3) bitter herbs, (4) a mixture of apple, pears, and nuts, (5) additional bitter herbs to eat as the matzoh-maror sandwich, and (6) a vegetable dipped in salt water.

During the Seder ceremony, four glasses of wine are consumed. Kosher wine is a grape wine produced according to Judaism’s religious law. It must be supervised and handled through the process by Sabbath-observant Jews, and it must be kept free from contact with grain, bread, and dough. Usually the wine would have a seal of approval of a kosher certification agency.

The first wine we sampled was a 2014 Flam Unoaked Blanc from the Judean Hills, a blend of Chardonnay and Sauvignon Blanc ($31) with a light, crispy taste of grapefruit and grass. We all enjoyed this wine very much and felt it would be a great summer wine. It is produced in the Judean hills and is one of Israel’s best. It was paired with a frittata of spinach, potatoes and leek. The creaminess of the dish balanced out the crisp and acidic flavor of the wine.

The other wine paired with the frittata was the Israeli wine, 2014 Matar by Pelter Sauvignon Blanc Semillon ($33.)  We noticed a nose of peach and grapefruit followed on the mouth by flavors of lemon peel, pomegranate, and red grapefruit. This wine had a bigger mouth feel than the Flam. We thought a lemon or pomegranate sorbet would be nice with this wine. The Chardonnay we tasted was a 2014 Teperberg Essence Chardonnay ($36) from Israel and was well paired with a gluten-free apple, grape, salmon, Havarti dill cheese, and fennel flatbread. This wine proved to be complex with a definite golden hue and was true to what you expect from a Chardonnay with flavors of butter, nuts, and pineapple.

The 2010 Carmel Winery Merlot Sha’al Vineyard ($33) was also from Galilee. This wine was aged 10 months in French oak and comes from a producer who makes 15 million bottles a year. We found it to be representative of wines from the Bordeaux region and priced well. On our tongue we tasted minerals suggesting the rich volcanic soil of the region as well as fruit and a nice tannic balance. The beef rollups atop a tomato/plum bruschetta provided that great beef and merlot pairing, and the plum in the bruschetta brought out the plum flavor in the wine. This Merlot was our favorite wine of the day. 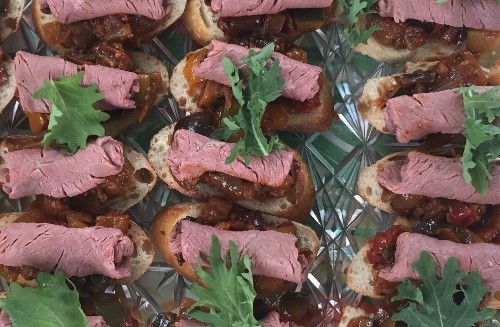 The fifth Kosher wine of the day sampled was the 2012 Netofa Tinto Basse ($24) comprised of 40% Tempranillo and 60% Tiouriga from Galilee. We immediately noticed the dark ruby color, and on the nose there was an immediate odor of tobacco and Asian cuisine spices. The taste was of blackberries, tart cherries, and intense tannins. The pairing was a paella of Tofurkey, smoked paprika, carrots, and rice. We like the smoked paprika with the wine. We found the wine could handle a bold and spicy dish like this.

The final Kosher wine was the 2012 Tabor Adama Shiraz ($18) from Galilee, a wine that has a deep purple color. There were aromas of blackberry and black pepper. On the palate were flavors of blackberry, raspberry, and violet. This wine had a well balanced and smooth full-bodied taste. It was paired with a tapenade and olive-toasted baguette. The saltiness of the tapenade and creaminess of olive oil coating the baguette countered the tannins found in the Shiraz. 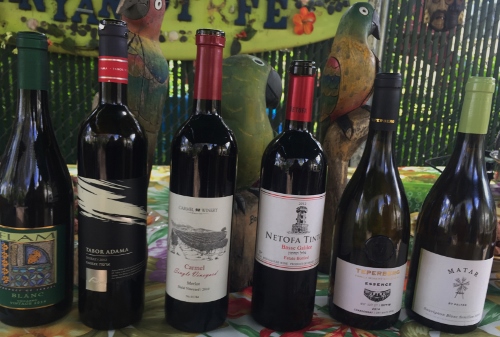 Thanks to our supplier of these wines for our tasting, the Royal Wine Corporation, out of New Jersey. If you are unable to find these wines locally, most of them can be purchased online. Whether or not you are searching for a Kosher wine, these wines were a delight to drink.