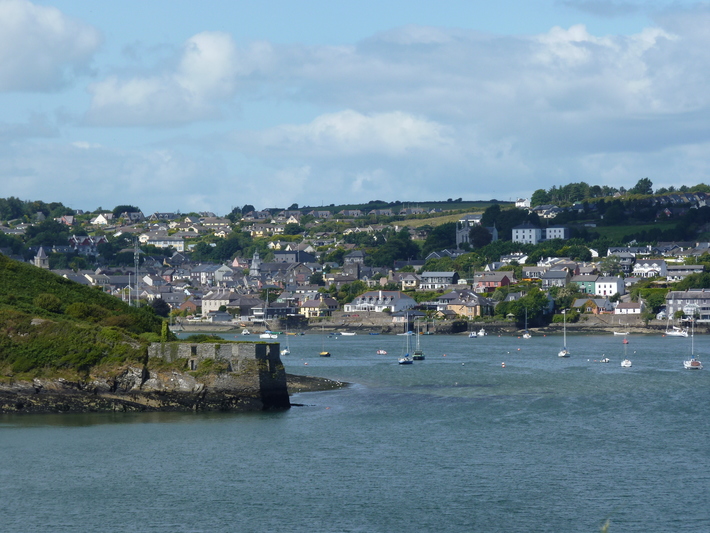 With its deep water harbour and a population of a bit over 5,200, the town of Kinsale in County Cork has been an important sea port for more than 1,500 years. St Multose founded a monastery here in the 6th century, and the early Celtic settlement that grew up around the estuary was later supplanted by a Viking trading post. The Normans fortified the town in the 13th century, and over the next 200 years it developed as a centre for fishing and shipbuilding.

The course of Irish history was changed by the Battle of Kinsale in 1601, in which Irish forces under the Earls O’Neill and O’Donnell were defeated by the English. The consequent emigration of the Irish earls to Europe became known as "the Flight of the Wild Geese."

Toward the end of that same century, James II landed in Kinsale during his attempt to regain the English crown from William of Orange, but following his defeat in 1690 at the Battle of the Boyne, he retreated from Kinsale to France. A prominent feature of the town centre is Desmond Castle, a tower house built in the late 15th century by the Earl of Desmond, a descendent of the Norman Maurice Fitzgerald, who had come to Ireland with Strongbow in 1169. During the European conflicts of the 17th and 18th centuries, Desmond Castle was used to hold French prisoners captured in sea battles. who were either exchanged or held for ransom. Conditions were appalling, and a fire in 1747 killed 54 prisoners.

The castle was again employed as a prison for American sailors during the American War of Independence. Conditions were improved only as a result of a campaign by Presbyterian Minister, Rev. William Hazlett and Reuben Harvey, a Quaker merchant from Cork - who was later thanked for his intervention by President George Washington. Partly restored and maintained by the Office of Public Works, the castle also is now home to a Museum of Wine, because as of1412, Kinsale supplied ships for Ireland's "Vintage Fleet," which imported wine from Bordeaux. This importation was restricted to 16 ports in the British Isles, one of which was Kinsale.

Many of the Irish families who emigrated during the 17th and 18th centuries to escape religious persecution settled in France and Spain, where they established vineyards. They included such famous names as Hennessy, Barton, and Galwey (who settled in France), as well as O’Neale, Murphy, and Garvey (who moved to Spain).

Later immigrants Horgan, O’Shea, Concannon and Mahony carried on the grape-growing tradition father afield, in Australia and California. One of these, Bernard McMahon, became horticultural advisor to Thomas Jefferson at his Monticello vineyards, and introduced hybridisation as a method of improving the quality of wines.

The legacy of these families, which became known as the Wine Geese, is illustrated in fascinating detail in the museum, along with the history, mythology and religious significance of wine. Standing guard over the eastern bank of the Bandon estuary, two miles south of Kinsale town centre, Charles Fort is a prime example of a star-shaped fortification, and at the time of its construction - begun in 1678 - was the largest engineering project in Ireland.

Following a 13-day siege in the wake of the Battle of the Boyne, the fort surrendered to Williamite forces. It continued as a garrison fort through the 19th and early 20th centuries, but was abandoned by the British after the foundation of the Irish Free State. Much of the fort was destroyed during the Civil War that followed, but it was declared a National Monument in 1973. 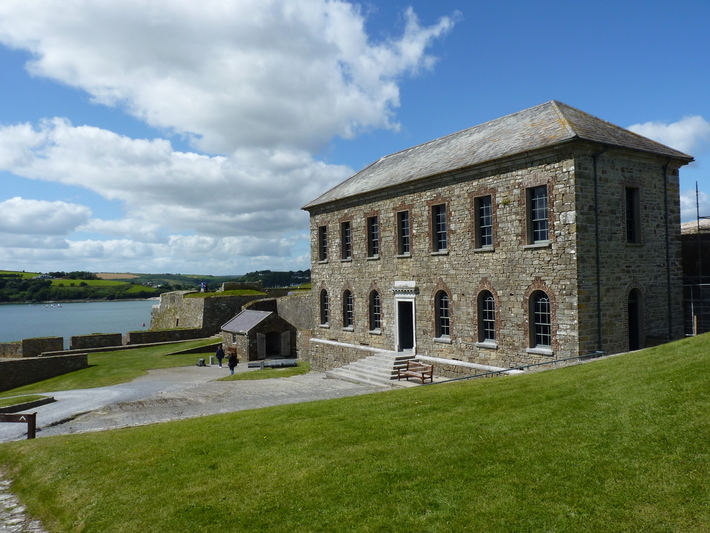 Two of the fort’s five bastions face out to sea, with the remaining three looking toward the higher ground inland. The star-shape construction ensured that soldiers attacking from any direction would be exposed to defenders’ fire from three sides. To the right of the entrance gate is the former Barrack store, probably originally the Commander’s quarters, which houses a historical exhibition, supplemented by a series of video displays.

Visitors can walk around the ramparts, which afford superb views across the harbour and back into Kinsale, as well as overviews of the extensive area enclosed by the walls. There are buildings that served as quarters for the garrison, a hospital, cook house, stables, store houses, an engine house and magazine building. One of the ordnance sheds has been converted into a café, where visitors can find refreshment following explorations that are unlikely to occupy less than an hour. 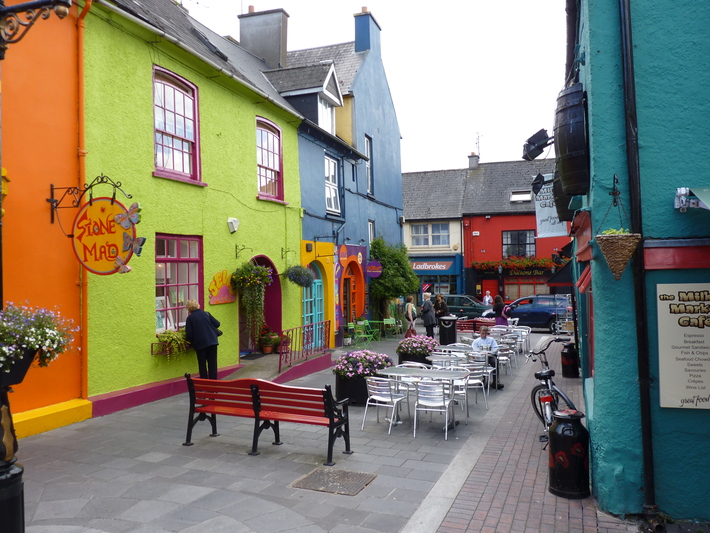 A visit to Kinsale would not be complete without a sampling of the gourmet catering for which the town is famous. A food festival is held here each October, with seafood being the specialty served in all the restaurants. Bars and wine bars also serve food and all price ranges are covered. In addition to local fare, one can sample dishes from various European and Asian countries.