Are you that sort of couple who would prefer that ‘road not taken’ rather than following somebody else’s plans for your honeymoon trip? If yes, then try visiting some of those splendid travel destinations of Kerala that had been hidden from the outside world for quite some time. Moreover, the enchanting state of Kerala is already blessed with its breathtaking natural beauty. Whether you are heading to the beaches, hill stations or backwaters, you would be contented with the natural aesthetics of each of these locations. For your further astonishment, many of them had not even affected with the nuances of any negative tourism prospects. So you are travelling to these destinations with your significant other, you both may explore those captivating places in the lap of nature. Listed below are the lesser-known destinations that you shouldn't miss to visit in your honeymoon trip to Kerala. 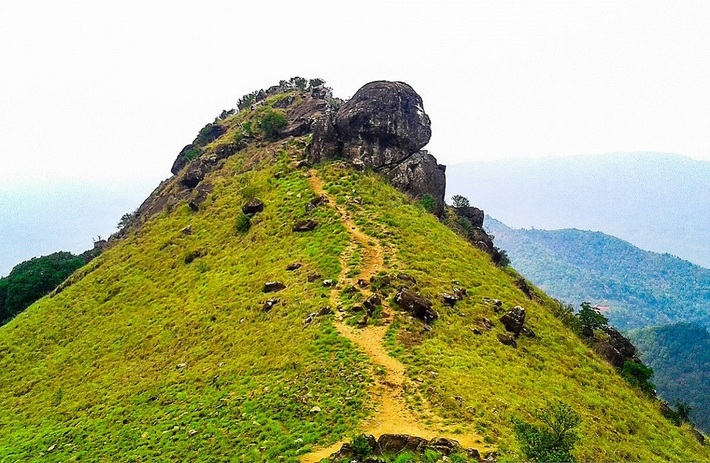 Better known as the ‘Ooty of Kerala’, Ranipuram is an enchanting hill station located to the north-eastern part of Kanhangad city in Kasargod. The brightly green-hued highlands can be best visited during the winter season, especially if you are planning for honeymooning here. The adorable butterflies fluttering over the grasslands covering a large expansion of the area will provide you with a golden opportunity to click as many lovely photographs as you wish. As they are an eco-tourism spot, you both could indulge in exciting adventurous activities like that of jeep safaris and trekking, other than catching a glimpse of a manifold population of avian life. 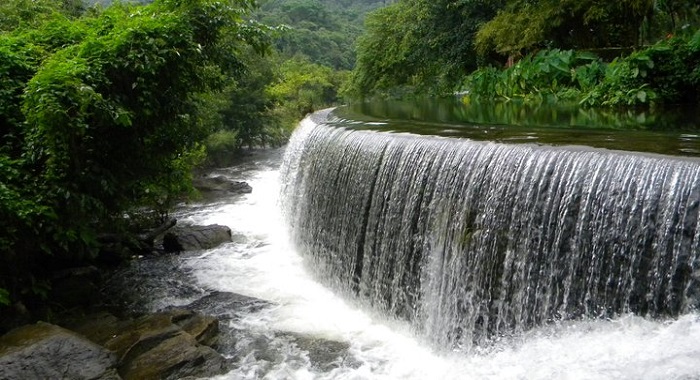 You do not have to mistake them with Athirapally Waterfalls of Chalakudy in Thrissur that is the largest waterfall of Kerala, as Ayyampuzha is a certainly different place located near Kothamangalam of Ernakulam district. They are one of the perfect names to be listed in this list, as still, the serene travel destinations amongst the rocks and the rivulets had not acquired the recognition as they deserve to be. Anyhow, couples who are on a honeymoon trip to Ayyampuzhha are going to be elated by its tranquillity. Apart from the fact that small streams flowing from Chelikandam forest covers does gushes to the source of the massive waterfall, there are no such links between the two. 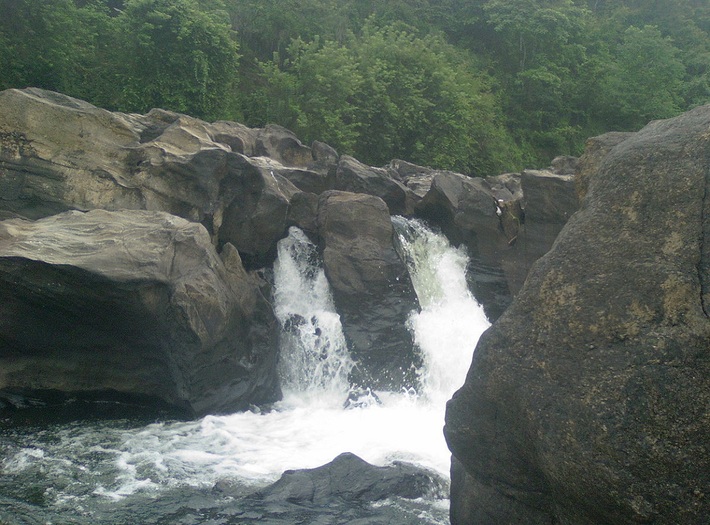 We could bet you that not many would have heard anything about the charming hill station of Charalkunnu in Pathanamthitta. Situated at the banks of sacred river Pampa, the place can be said as a hidden destination that has an impressive cover of thick evergreen forest and numerous astounding waterfalls. Newlyweds could spend some quality time together by the side of these cascading falls, as they are less visited when compared to the recently acclaimed Gavi forests. You will not be disturbed by any sort of external noises while you are holidaying with your significant other. Accessible waterfalls that can be reached from Charalkunnnu are Perunthenaruvi and Kumbhavuthuruthy. Cycling or merely trekking amid the jungles of Charalkunnu could already spice up your honeymoon trip. 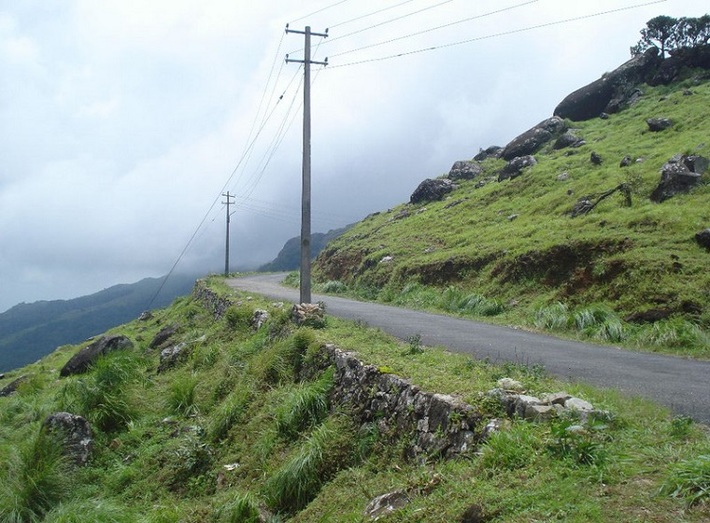 Away from noises and rushes of the urban space is located the serene village of Vithura, which is around 37 km from the headquarters of Thiruvananthapuram city. Even though the popular tourist destination of Ponmudi and its Meenmutty Waterfalls had been visited by regular travellers, not many would have ventured out to its placid neighbourhood, Vithura. Honeymooners could roam around the rubber plantations and climb up to its rolling hills and feel closer to nature. Even the climate sustaining in the hilly village of Vithura will seem to be in sync with your romantic mood while honeymooning in these parts of Kerala. Meanwhile, if you wish to indulge in some daring activities, never miss venturing out to the trekking trails of Chittipara. 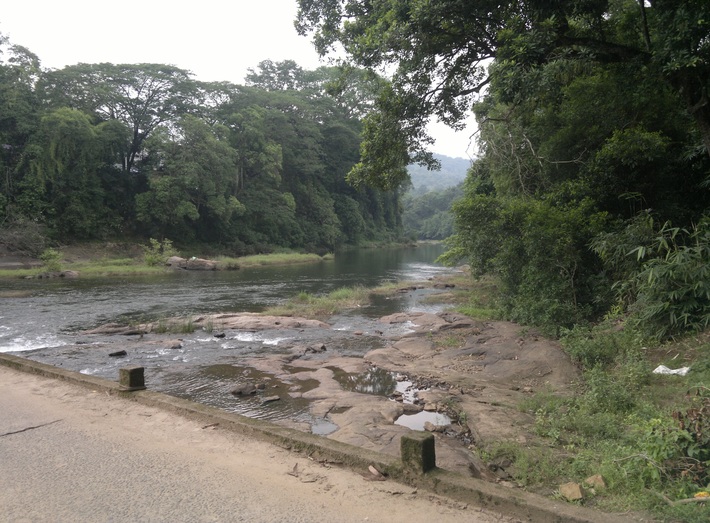 Situated towards the bordering region of Ernakulam and Idukki, the unruffled dense forest region of Pooyamkutty near Kothamangalam is one of the most deserving names in this list. Only a bearable population do inhabit in the hamlets of the place and with some rarely visited adventure travellers. So when you are honeymooning in the place, you would be wholly able to enjoy the rustic beauty of Pooyamkutty and its thick dense forest. Honeymooners are inevitably going to be in love with the gracefully flowing tributary of River Periyar at Pooyamkutty. In addition to that, you could get mesmerized by the sight of Peendimedu and relax alongside them after the eventful trekking to the spot positioned deep inside the jungle.

The hill stations of Kozhikode are already noteworthy with this advent of several travel vloggers in the forefront and their deep searches. Yet, even they would have missed introducing the hidden gem, Thiruvambady to the outside world. They are located in Kozhikode district on the banks of River Iruvanjipuzha. Besides adorning the aesthetic aspect of the peacefully flowing river, you could also get to spot countless small cascading falls. Furthermore, the rivulets gushing amid the rocks are also a memorable sight to watch at. Valleys and the surrounding hills also provide a mystic charm to Thiruvambady. 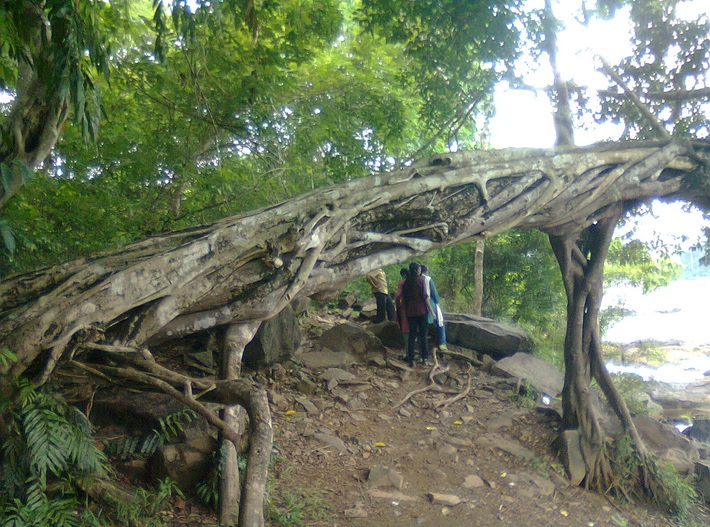 Mostly known as a bustling pilgrimage centre, where worshippers in huge numbers would show up during those religiously significant days, Malayattur had got its pretty face too. Henceforth, couples do not have to feel hesitated to book their budget honeymoon packages. Instead, you would feel contented about the decision as the scenic place would be offering you with the views of tremendous agricultural fields and other alluring small hills. You may mount up to the viewpoints and feel surprised by the panoramic views that include the low lying areas in Kerala, apart from sighting such beautiful landscapes. As you are on a trip to this sacred region, paying a visit to the popular Kurishumudy St.Thomas Church could soothe both your body and mind, as they are situated in peaceful environs.

If you wish to visit these appealing locations in Kerala with your life partner and make your honeymoon trip a memorable one, you may contact Dream Holidays. They being a reliable tour operator could fulfil your travel plans to Kerala without making you experience the hassles of journeying to a whole new place. So you could get to adore those beautiful locations serenely with your favourite person accompanying you. Now without any second thoughts, you may pick up your phone and dial them up, and book your honeymoon packages today.