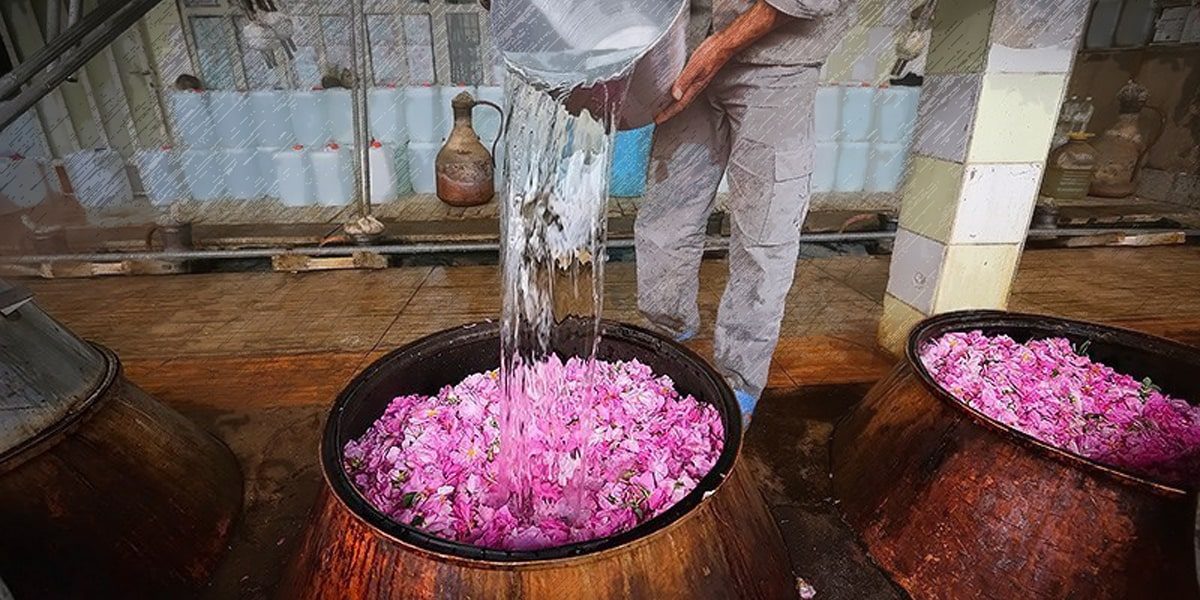 Kashan is an ancient city of some 433,000 in north central Iran, some two hours south of capital Teheran, and its name is tied in the minds of Iranians to its carpets, silks and other textiles - but also golab (rosewater), with its annual rosewater festival attracting multitudes every year from May 5th to June 5th, when the fragrance of rose flowers fills the air and leaves everyone drunk on its paradisiacal freshness, making the city a dream-like re-imagination of Camelot. All this is due to the coming of spring.

History of the Festival

The story began hundreds of years ago (the remains of Silk Hills, ancient poetry, and travelogues confirm the holding of the rosewater festival even long ago), Those who did not have a garden or farm would work for others, and those who did not have the equipment would sell their flowers to others. Folks around here devote part of their home to storing flowers, and what attracts many to Kashan when spring is still in her youth is the traditional way of making rosewater.

How Rosewater Is Made

In the traditional way, each pound of the petal is put, along with a liter of water, in a copper pot which is placed over a woodburning fire. The lid is put on, then, and basically, the vapor mix is prevented from getting out of the pot. On the lid there is a hole which is attached to steel and aluminum pipes, and the other end of the pipe leads to a pitcher filled with cold water. Vapor created by distillation, after passing through the pipe, gets in the pitcher and infuses the cold water. Golab is ready now, after five to seven hours of hard and skill-demanding work.

Rosewater, though made in Kashan, occupies a central role in entire Persian culture. In ancient times Persians used to bury the dead with lots of flowers and petals. Among those, as archeology has now for a long time established, the rose was of higher prominence. Rose is in Persian literature closely related to fire, which is in turn symbolically linked to heaven and eternal life. After the dominance of Islam in Iran, rose came to establish firm associations with Islamic connotations, thereby taking on the name of the Prophet Mohammed as an attribute and later as an adjective (so it is now called Gol-e-Mohammadi).

It is interesting to know that, according to historical evidence, Iranians were among the first to think of an evaporation and distillation system hundreds of years ago. The last remains of the soul of an ancient way of thinking about making perfume and fragrant water are now found in rose water festivals. 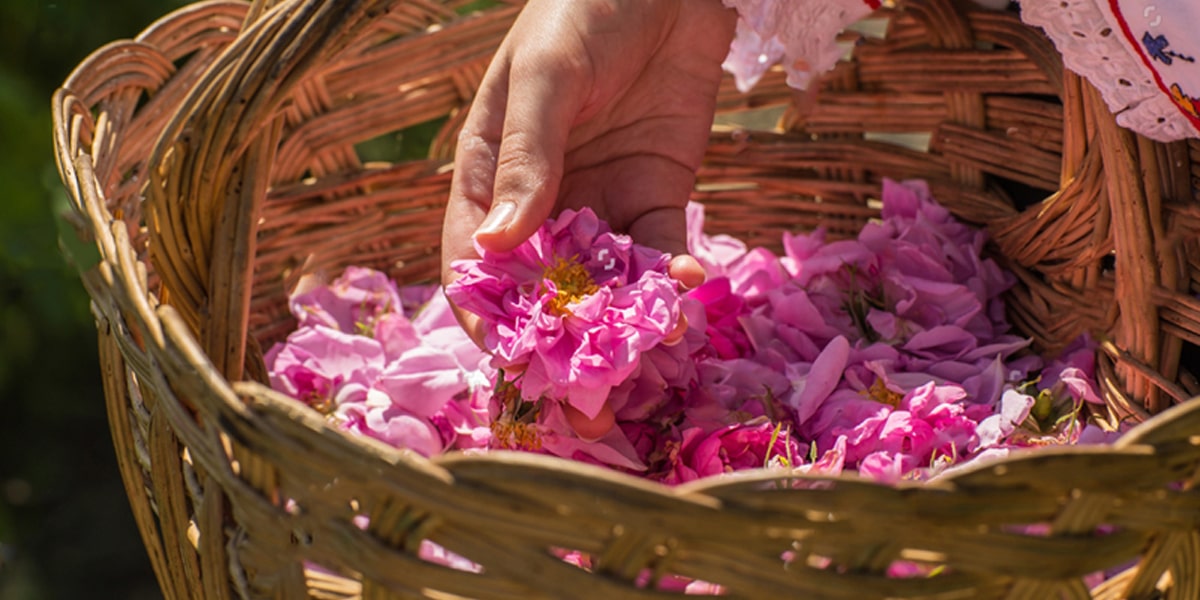 How the Spring and Rosewater Festival Is Celebrated

People now get out of their houses in spring, with traditional musical instruments here and there, to welcome the flowers of March and June. The many colors of flowers, mostly belonging to the rose family, make the spring of Kashan a bit different from other tourist destinations in Iran . It is more vibrant, more vitalized, and more beautiful.

In some parts, the festival is still held in its very traditional fashion. Folks still carry flowers on donkeys and camels to the workshops, accompanying them with music and dance. Over the course of recent years, however, golabgiri (making rose water) has come to include so many interesting rituals. For example, in some parts, it is done mainly by the blind, and the financial gains go straight to help the needy and the poor. In some other parts, people choose to have their weddings during the festival, holding the belief that life started thus ends in everlasting bliss.

Where the Rosewater Festival Is Held

Golab is made mainly in the outlying towns of Niasar and Qamesar. They are on every Kashan travel guide you put your hands on. Qamesar is located 30 kilometers south of Kashan, and although golab is more closely tied to Qamesar, in other cities of Kashan, such as Niasar, and villages like Van, Seddah, and Vadeghan, the festival is held in full and with enthusiasm. Especially in Vadeghan and Van, about 50 km north of Kashan, where there are many gardens and more concentrated rose foliage, rosewater is topnotch.

Niasar, an ancient city of Baghshahr, is located 30 kilometers west of Kashan. Apart from the spectacular festival, Niasar Waterfall, a four-story building on the western hills of Niasar, and Niasar Fire Temple are among other tourist attractions. 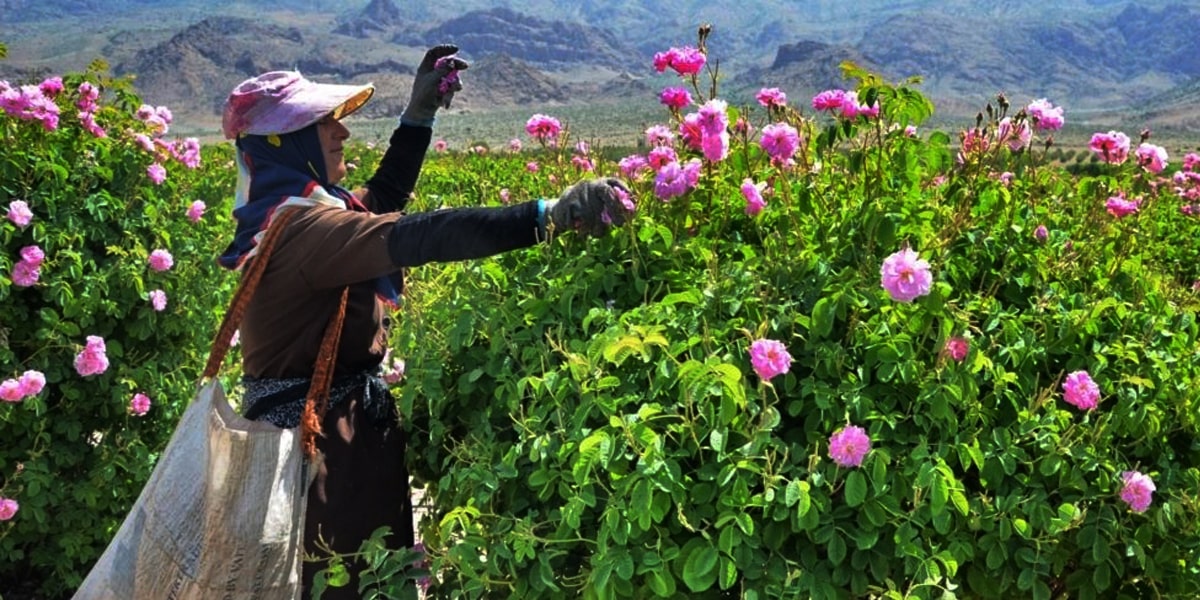 source : When Is the Kashan Rosewater Festival?