Let Us Traverse Through the Unexplored Kannavanam Jungle 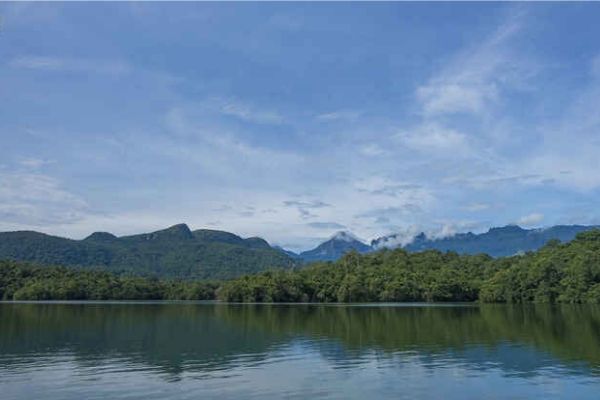 Who doesn't love to watch movies? And sometimes even more than the actors and the plot what sticks in our minds are the location where particular scenes or songs take place. For example, in the second half of Baahubali, the jungle which they chose plays a significant role, and this jungle is none other than Kannavanam, in the Kannur district of Kerala. And Kannavanam jungle has become one of the world's foremost place to explore the magnificent beauty of lush green forest and wildlife.

Kannavanam is a small hamlet situated in the Chittaripparamba panchayath in Kannur district. It shares its space with Wayanad district. The forest is one of the secluded regions in the Kannur district. The forest was known as the concentration camp run by the British during the colonial period. The jungle was the favorite place of Kerala Varma Pazhassi Raja who used to practice his martial arts. Sprawled at an area of 84 sq. km the jungle had witnessed many battles such as the war against the colonial powers by Kuruchiyar and Kurumbar. During the colonial war between the Pazhassi Raja’s empire and British, the former lost his favorite commander-in-chief called Thalalkkal Chanthu. Many innocent people were kept in the jungle and brutally tortured and hanged them to death. Years later an incident occurred after which hundreds of availed of tour packages to Kerala to enjoy the beguiling beauty of untouched nature.

Can anyone imagine a mosque in the midst of the forest? It is hard to believe, isn’t it? But the Kannavanam shelters centuries-old mosque. There is an interesting story behind the construction of the mosque. As there were no other mosques in the nearby localities the people used to visit the mosque at Kannavanam jungle. Especially travelers who used to commute between Thalassery and Wayanad used to visit the mosque. Years later, the British constructed a bridge that connected with the town for the villagers and made their transportation hassle-free. Gradually people stopped visiting the jungle and as there was no one to look after the mosque it decayed. Several years later the mosque situated in the jungle started to display light. The whole region was illuminated with a bright glow. The villagers were astonished by the miracle. They were unable to recognize the source of light. Later the elderly priest asked the followers to rebuild the mosque. Now hundreds of devotees visit the miraculous place with a prayer request.

Trekking in the Kannavanm Forest

The Kannavanam forest is home to numerous beautiful butterflies. Travelers can start their trekking to the Kannavanam forest from Elapeedika. Trekkers will have to cover 14 km to reach eth destination form Elapeedika. Adjacent to the Velumbath Makham travelers could also spot the Thodeekalam temple. Irrespective of religion and caste most of the people might have visited at least one temple in their life. Most of those temples would be dedicated to either any god or goddess. But has anyone ever visited a temple dedicated to a freedom fighter? If not buy the tour packages to Kerala and visit the Thodeekalam temple. The presiding deity of the temple is the brave king of Kerala called Kerala Varma Pazhassi Raja. The temple rests in an area of 700 sq. feet. The walls of the temple are adorned with alluring mural paintings and rock pillars. It is the only region in Kerala where you can spot the ‘Vanadevatha’ butterfly. It is scientifically baptized as Malabar Trim Nymph. As the tour to Kerala comes under affordable budget rates most of the people select the state for their short vacations.

The other noteworthy attractions near the Kannavanam Forest

Elapeedika is one of the untrodden and unexplored hill station situated at a distance of 1000 m from the mean sea level in Kannur district. The hill station is perfect escapism for stressed minds. In ancient days the premises of hill station were used for trade purposes. Among the various items, the cardamom or ‘Elam’ in the local language was sold in large numbers. Hence the region got the name ‘Elampeedika’. Now the surreal nature is being looked after the 300 agrarian families.

Madayipara is a flat hillock in the Madayi region in Kannur district. As the season changes so as the beauty of the laterite plateau, during monsoons travelers could see nature drenched in heavy downpours. In springs it marvels the hearts of travelers by glowing in blue color and in summer it shines like a bright sun. While strolling the 700 acres of Madayipara visitors could come across the amazing species of plants and animals and also insect-eating plants! It is the only place in south India or the whole nation where people could find a pond in the shape of a handheld mirror. Along with scintillating natural wonders of nature, one could also see the man-made beauty such as the fort built by the Vallabha King and Jew pond where archaeologists could find the remains of ancient Jews. The Vadakunda Siva temple and the lake associated with it is a noteworthy attraction. The lake hundreds of families even during the scorching summer days!  Visiting the Madayipara will help you to unveil the untold history of ancient Kerala.

Near to the Kannavanma there are many other luring hill stations such as Paithalmala, Thallaseery, and many more. The Kannavanam forest is covered with the green foliage and amusing natural charm. Hundreds of tourist flocks to the region to explore its beauty. To learn more about it purchase the tour packages from Dream Holidays. If you want to explore any new places near to the Kananavam you can definitely communicate about it to the customer support team. They are one among the few who customises the packages. So when you watch Baahubali next time. Do not forget to notice the praiseworthy attractions of the Kannavanam.