India is an enormous and ancient country packed with history, culture, and nature. Many first-timers opt for the classic Golden Triangle circuit, including the "greatest hits" destinations of capital city Delhi as well as Agra and Jaipur; these days many also add Khajuraho and Varanasi to their itinerary. Here are some of the top triangle highlights which await them:

Grandiose India Gate, rising 42 metres (138 feet) Rajpath ceremonial boulevard in the middle of the city, is a monument built in memory of the British soldiers who died in the World War I.

Rising five stories, Qutub Minar is the elegant, 73-metre (240-foot) minaret of the 13th-century, UNESCO World Heritage Qutub complex in the south of the metro area.

Other places like Chandni Chowk, the oldest and busiest of Delhi's various street markets; the president's residence Rashtrapati Bhawan (the largest residence of any head of state in the world, for the last six years also containing a museum open to visitors); and Akshardham, an enormous and elaborate Hindu temple and spiritual/cultural complex built in 2005.


This city is privileged to be home to the legendary Taj Mahal, the 17th-century marble mausoleum famously built by order of the Mughal emperor Shah Janah to house the tomb of his favourite wife, Mumtaz Mahal, and also containing his own tomb.

Also here is Agra Fort, one of India's largest, built on both banks of the River Yamuna in the mid 16th century as the main residence of the Mughal emperors, albeit for less than a century.


Amer Fort is situated on the outskirts of Jaipur city at the top of a hill overlooking beautiful Maota Lake. Built using red sandstone, its known for its ornamented pillars and delicate mosaic work in Diwan-e-Khas, splendid ivory and sandalwood work, elegant frescoes and latticework, and spellbinding glasswork. Many visitors avail themselves of an elephant ride to reach this fort. (For more about these temples, click here and here.) 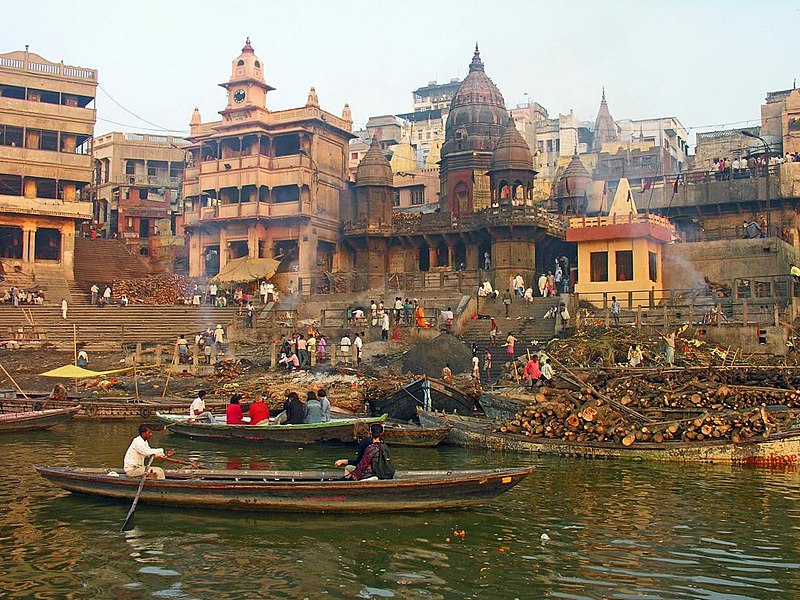 
On the holy River Ganges, one of the world's oldest (if not the oldest) continuously inhabited cities, is magically atmospheric and colourful, reknowned as a Hindu pilgrimage destination where you can witness age-old sacred rituals of life and death. Top highlights here include Assi Ghat, Ashmavedh Ghat, and Kashi Vishwanath Temple.