Here, heritage lives. It is revered and celebrated. It embodies not just the culture and the traditions of the land, but epitomises a way of life. It is a source of pride and forms the crux of many conversations. The grandeur takes you by surprise, the intricacy holds you in awe and the legends leave you spellbound. This is heritage country, Nepal.

Nepal, with more than 60 linguistic groups, has always nurtured the reputation of being a country of contrasts, where gods and mortals live together. A rugged terrain protected by the Himalayan peaks also adds to its rich diversity and traditions. The geographic contrasts are wondrous at the same time appalling – you find tropical jungles, frozen peaks and high altitude deserts – all within this mountain-clad country. Besides predominance of Hinduism in the south and Buddhism in the north, there exists also Shamanism, Tantrism and other animistic rites. 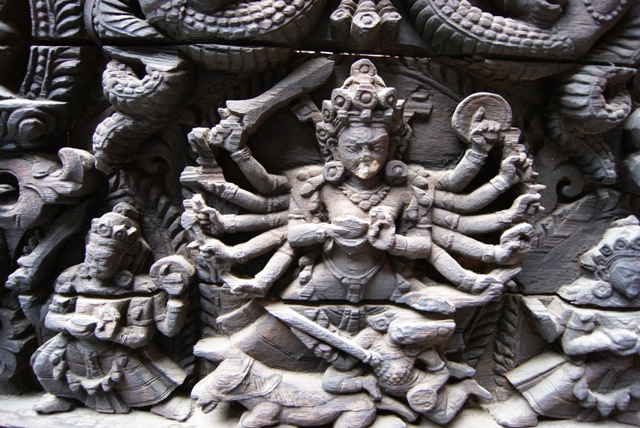 Though heavily influenced by its neighbours, cultural heavyweights, India and China, Nepal has, over the centuries woven its own unique and rich inter-cultural tapestry. The country is known for the harmonious coexistence of different tribes and traditions, culture and architecture making the society dynamic and progressive yet firmly moored in traditions. Over the centuries different ethnicities with different languages, culture and religion settled here. The country is a cauldron of cultures and beliefs, heritage and history.

The original inhabitants, the Newars, are an outcome of this cosmopolitan heritage and are believed to have descended from Indo-Europeans and Burmese and Tibetan-speaking people. Patronised by the rulers of the country over the ages, the Newars, as a tribe, were exceptionally skilful artisans and craftsmen.

With a history that goes back over 2000 years, little wonder the traditions are at times fascinating, at times arcane. The culture is colourful and dynamic. Festivals are an integral part of life. And worship takes on mythical and sometimes mysterious dimensions. Kathmandu, the capital of Nepal, is the commercial nerve centre as well as the gateway to its throbbing tourism industry. Situated in a valley surrounded by hills, the picturesque city is also renowned as the land with the largest congregation of magnificent monuments and temples ever built. The city is a treasure trove of history and architectural marvels holding some of the finest examples of craftsmanship in stone, metal and wood.

Religion and art play a very important role in the Kathmandu Valley. Art, most of the time – be it painting or sculpture, dance or any other rituals – is dedicated to the deification of a favourite god. Anywhere you visit you find paintings of gods and goddesses in their different avatars and poses. These gods are usually shown in their peaceful manifestations and at times vengeful, spitting wrath.

The masterful sculptors from the kingdom were adept in using stone as their favoured medium. Don’t be surprised to find stone sculptures strewn all over the Valley. There are still some pieces left from the Licchavi-era which continue to enthral for their intricacy and attention to detail. These sculptures usually are that of Hindu deities with the local favourite being Vishnu – the creator and the keeper.

The gods and goddesses are venerated in temples and shrines found mostly in the Durbar Squares of Kathmandu and its two sister cities, Patan and Bhaktapur. The temples built of bricks with tiered roofs are one of the most outstanding contributions of the Newars to the architecture of the country. Reports by early historians and travellers show that these were inspired by the ancient Indian temples. While the basic concept remains the same in each of the durbar square, the structures vary only in size and shape. The main structures are of brick and the regal timber struts support the multi-tiered roofs that come slanting down. Most of the temples, the more important ones, have three-tiered roofs. The temples as well as the sculptures and stupas, pagodas and palaces of the durbar squares were designated UNESCO World Heritage Sights in 1979. All the durbar squares showcase the skills of the Newar artists and craftsmen. 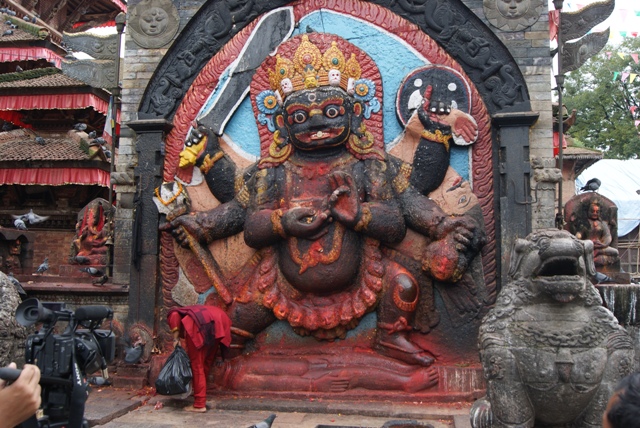 Of the three durbar squares, the Kathmandu Durbar Square is the biggest and is right in the heart of the city. All the temples here have a unique style which hasn’t changed much over several centuries. As the day warms up, the square gets busier with tourists and local youngsters for whom the durbar square gives a respite from the heat and pollution of the city. The locals refer to the place as Hanuman Dhoka, after the monkey god who is revered as the protector of the Square. There are over 50 monuments and temples here and this is on the top of any tourist’s sight-seeing list.

The Kathmandu Durbar Square houses the palaces of the Malla and the Shah dynasties who ruled over the city. This durbar square was the preferred place for constructing the palaces from the period of the Licchavi kings who ruled over Nepal during the third century. However, it was under the rule of King Ratna Malla, under whom Kathmandu became independent, that the Durbar Square witnessed an architectural revival.

At the north eastern end of the Durbar Square is the magnificent Taleju Temple, standing 40 metres high and built on a huge stepped platform. Dedicated to the royal deity Taleju Bhawani, the temple is off limit to ordinary Hindus except during the Durga Pooja that falls between September and October. The temple built in 1562 by King Mahendra Malla used to have even human sacrifices till the practise was outlawed in 1780. The Shiva Parvati temple is an attraction not to be missed at the Durbar Square. This temple, built in the distinctive Newar style, has a single roof and holds the Navadurga, a group of goddesses, inside. The holy couple look out with well-concealed feelings at the numerous love birds below.

The relief of Kala Bhairav, believed to be Lord Shiva in his destructive avatar, is a masterpiece. Here locals throng with prayers and offerings. This fiery god has eight arms, holds six swords, an axe and a shield. He is shown trampling a corpse which symbolises human ignorance. During the earlier days, criminals used to be brought here to swear their innocence as it was believed that anyone who lies in his presence would bleed to death. Conveniently, the police station today is also situated close to the wrathful god.

Not all the heritage of Kathmandu is about temples and palaces. Some are even about humans as well. Little girls, four to seven years old, to be exact. Worshipping a pre-pubescent girl as a source of supreme power has been prevalent all over Nepal, especially among the Newar community in the Kathmandu Valley. It was Jayaprakash Malla, the last Malla king, who first built a temple for Kumari or Durga in her virginal state. The Kumari Devi is a young girl who stays in the building called the Kumari Ghar at the southern end of the Durbar Square. This is like a golden cage as the young girl, chosen through an ancient, mystical process to find whether she is actually the reincarnation of the Hindu goddess, is not allowed to go out except on occasions. 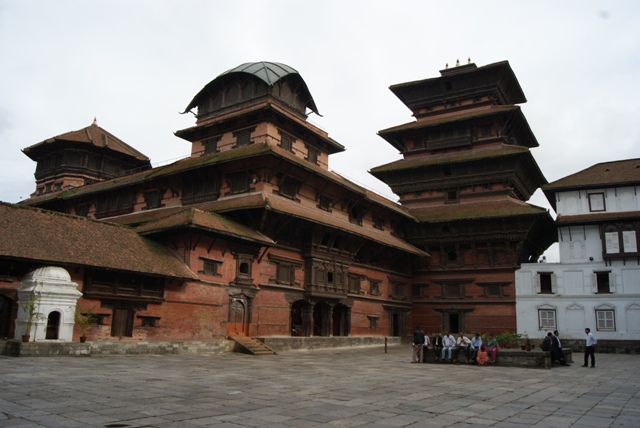 The Kumaris are selected from poor girls belonging to the Sakya community. The selection process consists of elaborate tantric rituals. Upon ensuring that their horoscopes are in place, these little girls are made to undergo a long parade of tests to ensure that they are entitled to be the next living goddess. One test, reportedly, includes putting them in a dark room with heads of dead animals and masked dancers making scary sounds. The one who remains most calm is adjudged winner. The days of the Kumari as the living goddess end with her first step into womanhood. It can also be over if she spills blood from her body even by accident. So, a Kumari ventures out very rarely – she even has her teachers brought to her. At the end of her tenure as the Kumari, she goes back to normal life. As if living in a cage was not difficult enough, making matters worse is the widespread belief that it is unlucky to marry someone who was a Kumari.

For a serious traveller, Kathmandu Durbar Square can take up the better part of a day. As I headed out late afternoon I saw this group of fine arts students from a nearby institute honing their skills. They told me that they were observing the magnificent forms and structure and translating them to art. The Kathmandu Durbar Square was the best place to do that, they said.