A Halong Bay Sail: I Could Get Used to This! 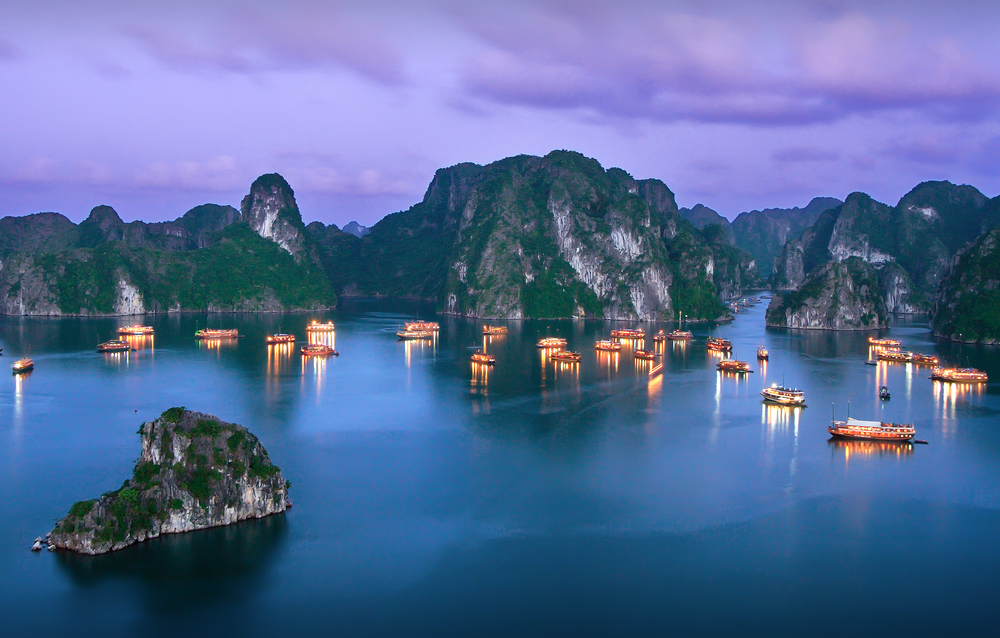 According to local legend, a long time ago when the Vietnamese were fighting Chinese invaders, the gods sent down a family of dragons to help defend the land. They began spitting out jewels and jade which transformed into thousands of islands and islets dotting the bay, forming a great wall to block the invaders. These thousands of tiny limestone islands enabled the Vietnamese to successfully defend their land. This bay was named Ha Long Bay (Ha means descending, Long means dragon), and sits just south of the China Sea. It was recently named a Unesco World Heritage site, and is one of the most amazing things I have seen.
We booked a two-day/one-night cruise aboard one of the many “junk” cruises offered to tourists, which was quite amazing! The boat was gorgeous, and the cabins luxurious. It offered not only the nicest stay we had during our entire trip, but also the best shower I have maybe had in my entire life! We went with Indochina Sails Cruise, and although it was one of the more expensive cruises on Ha Long Bay, I highly recommend this cruise for quality and comfort and activities offered both on and off the ship. Also because there are many not so great ships that we saw, one of which sank the day after our cruise ended, killing 12 people. Seriously heartbreaking. And not to make light of a horrific situation, but unfortunately it doesn’t seem like the crews are overly prepared. During our “safety” talk, all they said was “throw on a life vest and run… don’t even worry about buckling the vest, just try to do that as you’re running to safety.” Hmmm…interesting. However, the junk cruise was my favorite part of the trip, and I highly suggest that anyone visiting Vietnam take one of these cruises, but just make sure to go with a reputable company.
One of the activities that we had on the cruise was a tour of Cua Van, the largest floating fishing village in the bay. It was quite unbelievable and fascinating to see an entire village situated on rafts that were anchored down so their village would stay put. Full families of multiple generations lived in one room shacks… and they even had dogs! There was a school, a post office, bars and even a restaurant, all part of this fisher village. We learned that water is brought in once a week on a larger ship, and they fill up with buckets for their weekly needs. They have small paddle boats that serve as transportation around the village, and we even saw small children rowing these boats and helping out with chores. We were able to get an up close and personal look inside this community by women who lived there, as they took us in a boat tour around the village. And bright and early the next morning we were greeted by some of these women as they paddled up to our large boat peddling their pearls and handicrafts that they made. I was quite amused when I wanted to look at some jewelry that they were selling but didn’t have a means to get down to the water to look at their offerings (since we were on a ship in the middle of the bay). Just after I yelled this down to them, I was greeted with a large net dancing in front of my face, full of the necklaces that they were trying to sell! When I found one I wanted I put the money in the net and yelled down “thank you!”, and that’s how the women from the fisher village sell their crafts.
We also had the opportunity to dock at a beach for a while, allowing us time to hike up to "Tip Top Point," and afterwards cool off by swimming in the bay. It was such a nice treat swimming in the ocean again, smelling the saltwater and laying out on the beach listening to the waves break the surf and children laughing and screeching out of delight. Oh, how I miss the ocean! But probably my favorite thing to do on the cruise was to lay out on the top deck on their comfortable lounge chairs, taking in the fresh air and the cool breeze as we sailed along the bay, and being mesmerized with the beauty all around me. It was truly enchanting! 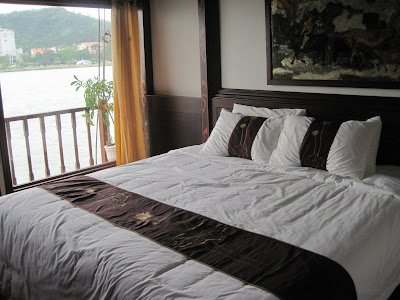 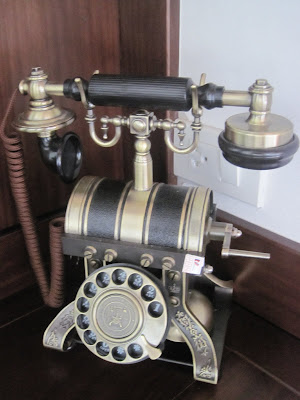 My phone (I knew my parents would love this!) 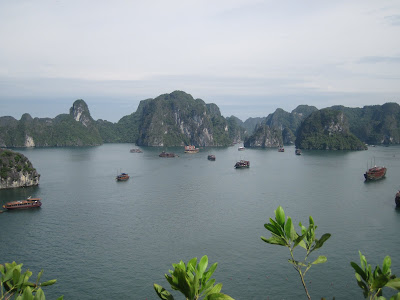 We hiked to the top of Tip Top Point and this was the view we were greeted with... not bad! 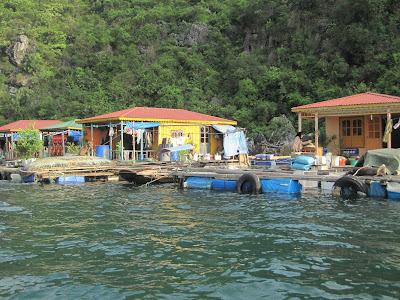 Some of the houses in the fishing village. 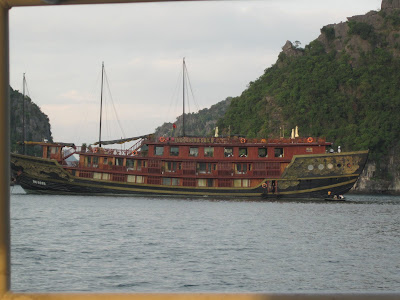 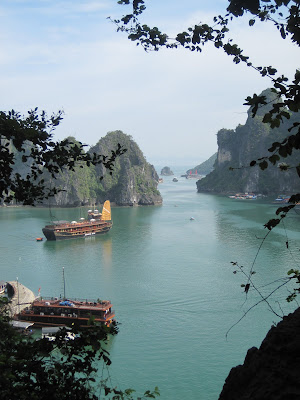 The view from a cave we hiked through! 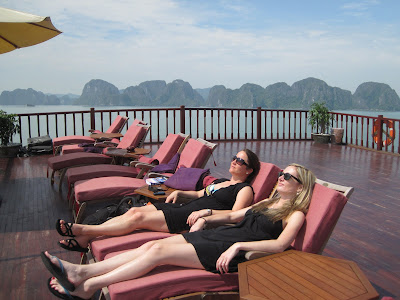 I could get used to this life!