Half day to Discover Hanoi’s most highlights

Hanoi, as a capital city of Vietnam, the city of old and new well mixed and intertwined, is one of the most interesting city to discover in Asia. The city has very rich cultural value and history over the last millennium. There are many highlights worth to visit and normally it requires one or two full days to discover for the most. If you are in the shortage of time, it is still possible to wrap in half day Hanoi city tour. For three to four hours, you can visit some of the most remarkable historical and cultural landmarks of Hanoi. The following are some advices to help you with some basic information and guidelines. The History Museum: This is located at the far eastern end of the French quarter, behind the city Opera House. The building was built in 1926 and was used as the Colonial Fareast Institute, conducted by the French. Architecturally, the building reflects the great combinations of the two architecture arts: The western style and traditional art, these results in the harmonical looking and giving a familiar feel to the local residences. Yet, the building deserves a master piece; the true gem of the Museum is the great collection the ancient artifacts and antiques displayed inside, many of which date back to three to four thousand years ago. 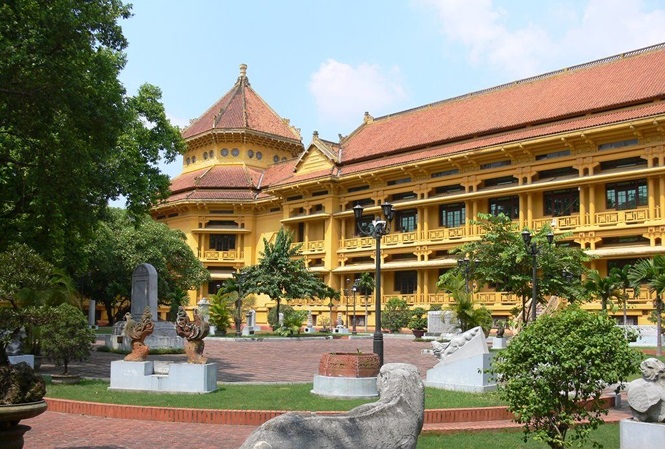 The Hoa Lo prison: Built in 1896 in the outer of Hanoi, this is the place where the normal criminals were kept. Later during the first two decades of the 1920s, there were more uprisings, insurrections and anti French by the Vietnamese, the French converted this into the political prison to keep those arrested in Hanoi. During the Vietnam war from 1965 American escalated the war to the North with bombing raids, as there were hundreds of pilots from America were captured in northern sky during the missions. Once being imprisoned here, the pilots sarcastically changed the name of the place into The Hanoi Hilton! 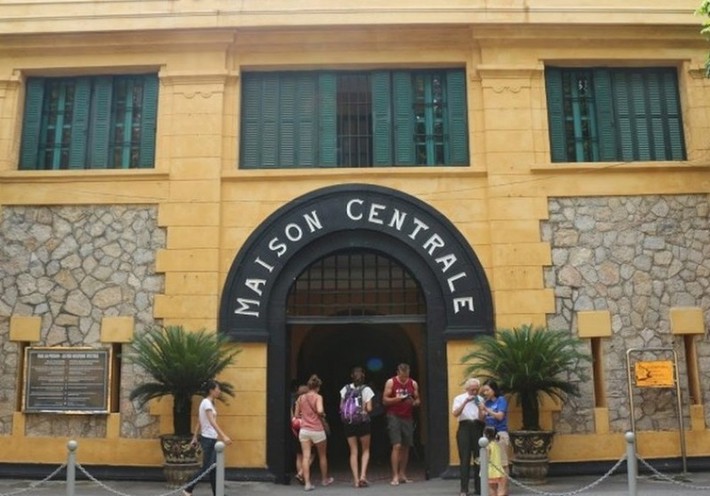 The Temple of Literature: Hanoi as the capital city for more than a millennium, there were lots of temples were built over royal dynasties is a temple city of Vietnam. However, one of the most beautiful with rich historical and cultural value temples if the Temple of literature, built in 1070 by the Ly emperor, this temple remains most important one symbolizing for the city. For the first 6 years, it served as a mere temple for worshipping Confucius, in the following centuries it was converted to the Royal academy and last as the national university of Vietnam. There temple complex comprises of five courtyards shaded by the green ancient banyan trees and curved final roofs covered with shell tiles. Walking through the gate, along the well kept garden you will reach the pool of soul ablution which flanked by rows of stone turtles, 82 of them carrying green marbles, on which 1307 names of literature doctors were honorably carved. After another layer of gate, reach the most sacred chamber dotted with centuries old bonsai trees. Soak in the atmosphere, see the kowtow praying student, smell the scented smoke from the burning incent sticks offered by the prayers. Into the main hall, see a big wooden stature which sits solemnly on the altar, Confucius the Chinese philosopher. Next to him, on the two sides there flanking 4 other smaller statures who once were his best disciples, these men are the ones who made Confucianism a political philosophy and its founder well known till now across China, Vietnam, Japan, Korea! 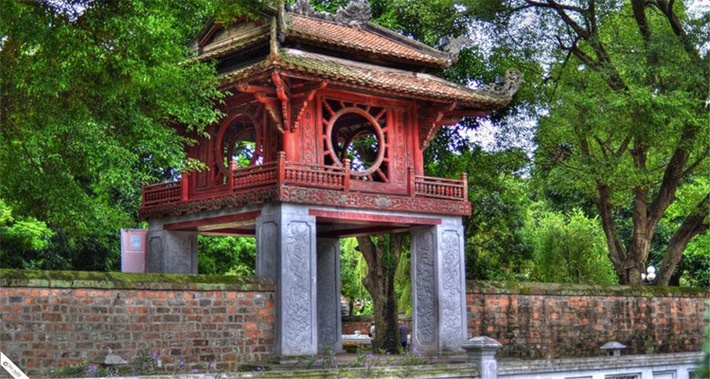